For the first time ever, two German states are launching an initiative to help male victims of domestic violence. Officials in Bavaria and North Rhine-Westphalia say they want to break the taboos surrounding the topic. 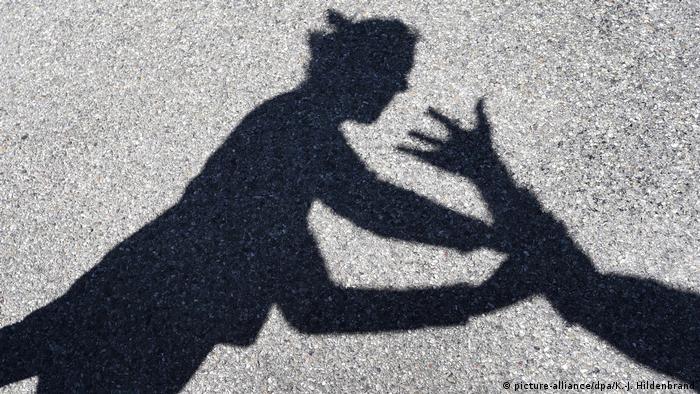 A three-pillar program to help men suffering from domestic violence was unveiled by the German states of Bavaria and North Rhine-Westphalia (NRW) on Tuesday.

The first pillar of the initiative would include a hotline and an online counseling platform for victims. The second pillar would see constructions of safe houses and counseling centers. Finally, the authorities aim to make the subject of violence against men "visible" and "break the taboo" surrounding it.

For many years, authorities in Germany and elsewhere have been working on measures to curb violence between couples. Most of the measures, however, focus on violence committed by males against their female partners. While men also suffer violence at home, many are reluctant to report it for fear of being seen as weak or being disbelieved.

"Men are also targeted by domestic violence," Bavarian social minister Kerstin Schreyer and her NRW counterpart Ina Scharrenbach said in a joint statement. "Until now, there was hardly any help or support structures. There are possibilities to cooperate across state borders, most of all in creating a hotline and in the area of online counseling."

Setting the trend for Germany

The initiative announced on Tuesday marks the first time German authorities are launching a program of this kind to protect male victims. Both NRW and Bavaria said they would welcome other states taking part in the effort.

Bavarian Minister for Family, Work, and Social Affairs Kerstin Schreyer said the plan to combat the problem is part of a comprehensive concept for protection against violence.

"To me it is important that everybody who needs help finds someone to talk to about their problem," Schreyer added. "That is why I am especially glad that we are pulling together with NRW and setting the trend for all of Germany."

The NRW representative, Ina Scharrenbach, said the northwestern state is preparing an action plan to fight violence against "boys, men and (L)GBTTI individuals," which is to be presented to state lawmakers in 2021.

Germany's Federal Criminal Police Office (BKA) compiles statistics on domestic violence each year. According to the 2018 report based on findings collected for 2017, 17.9% of victims of intimate-partner violence were men. This means, of the 127,236 victims who reported cases of assault, rape, attempted murder and deprivation of liberty, 23,872 were men. However, the BKA notes that the actual number may be higher, as men may be too ashamed to report the crime.