Does Trump have time to install a Supreme Court judge? | Americas| North and South American news impacting on Europe | DW | 19.09.2020

Does Trump have time to install a Supreme Court judge?

The death of Ruth Bader Ginsburg means that US President Donald Trump now has a chance to nominate a replacement. Even if he loses the election in November, could he still shape the Supreme Court? 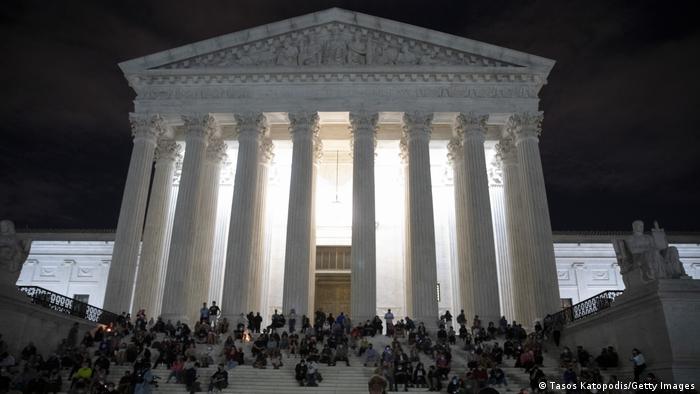 Before she died on Friday at the age of 87, US Supreme Court judge Ruth Bader Ginsburg expressed one clear concern.

From her deathbed, Ginsburg told her granddaughter, "My most fervent wish is that I will not be replaced until a new president is installed." It remains to be seen whether that wish will come true.

The US presidential election takes place on November 3, but the inauguration of the winner isn't until January 20, 2021. Should Trump fail to win re-election, the president could still nominate replacement for Bader Ginsburg on the Supreme Court bench during his "lame duck" session. 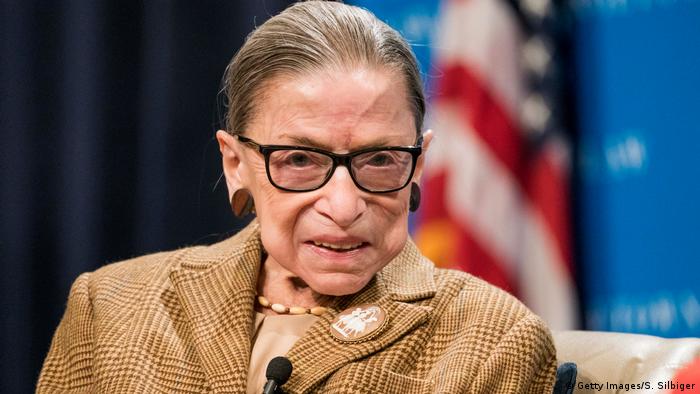 Before the death of the liberal feminist Bader Ginsburg, the Supreme Court was made up of five conservatives and four liberals. However, while Chief Justice John Roberts may have been nominated by George W. Bush and is counted as a member of the conservative bloc of the court, he has voted the same way as his liberal colleagues several times recently.

Should Trump be able to place one of his preferred candidates in the Supreme Court, that would give the conservatives a 6-3 majority. That could prove decisive in cases dealing with issues such as abortion, LGBTQ+ rights, and immigration, causing an ideological shift to the right of the judicial bedrock of the United States.

Trump had already presented his list of 20 preferred candidates for the Supreme Court bench at the beginning of September. Among those on it are Noel Francisco, who has represented the Trump administration before the Supreme Court on 17 occasions, and Gregory Katsas, who gave legal advice to Trump when it came to the highly controversial travel ban on people from entering the US from majority Muslim countries.

When asked in August if he would still fill a potential Supreme Court vacancy when an election was so close, Trump replied: "Absolutely, I'd do it. I would move quickly. Why not? I mean, they would. The Democrats would if they were in this position."

On Saturday, Trump made clear that he wanted to move forward in naming a new justice "without delay."

"We were put in this position of power and importance to make decisions for the people who so proudly elected us, the most important of which has long been considered to be the selection of United States Supreme Court Justices," he wrote on Twitter. "We have this obligation, without delay!'' 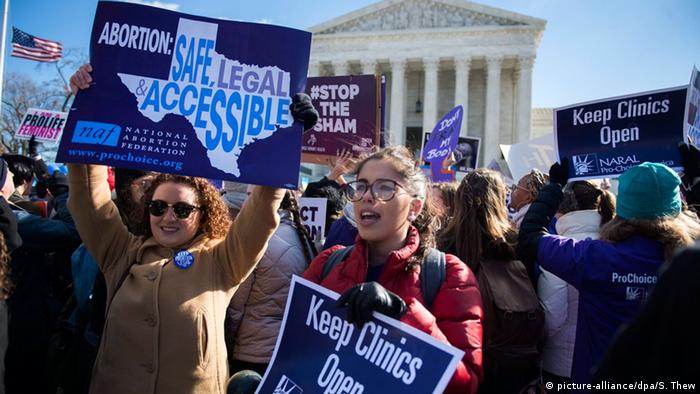 The Senate majority leader, Republican Mitch McConnell, had already confirmed on Friday evening after the death of Bader Ginsburg that he planned to press ahead quickly with the process of installing a new judge. "President Trump's nominee will receive a vote on the floor of the United States Senate," he said.

In 2016, McConnell acted differently. At that time, he denied the necessary Senate vote for a candidate nominated by President Barack Obama for almost a year. This was on the grounds that the voters should use their vote in the presidential election to decide what kind of Supreme Court judge they wanted. Traditionally, a Supreme Court Justice nominee is not considered by the US Senate during an election year.

The US Senate must approve the nomination. For this reason, McConnell has a great deal of power when it comes to making the appointment. While Trump gets to nominate his favorite candidate, the decision is not his alone.

First, the Senate Judiciary Committee holds a hearing. The 11 Republican and nine Democratic senators (the numbers are based on the current majority in the Senate) question the person nominated by the president, as well as supporters and opponents. Then they give the entire Senate either a recommendation or a warning or give no appraisal at all. 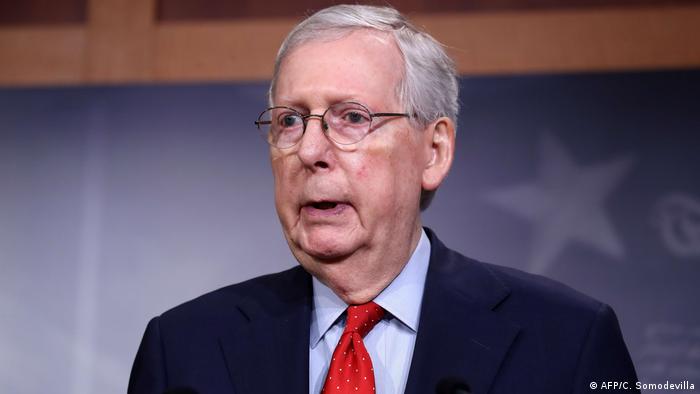 The majority leader in the Senate, Mitch McConnell, speaks of a fast process

Next, the majority leader in the Senate must schedule a meeting for all of the senators to debate and vote on the candidate. In the final vote, a simple majority of 51 out of 100 candidates would need to vote for the nominated candidate for them to take their place on the bench.

There are currently 53 Republicans and 45 Democrats in the Senate, as well as two who have no allegiance. Should the vote be split at 50-50, a deciding vote would rest with Vice President Mike Pence.

How long does it take?

The hearing in the Senate Judiciary Committee usually lasts several days. There is no time frame for when the majority leader starts the debate in the entire Senate after this. Because of this, McConnell was able to delay voting on Obama's candidates until Trump became president and nominated a new candidate. This time, it's unlikely to be so long.

As soon as McConnell opens the hearing for the full Senate, the senators can discuss the nomination for as long as they wish. There may be several days or two or three weeks between the nomination by the president and the final vote of approval by the Senate. This was the case with John Roberts (19 days). 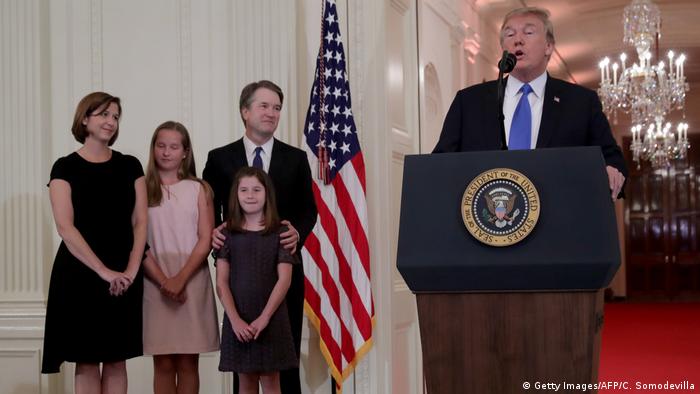 Trump nominated Brett Kavanaugh in July 2018, but the Senate took its time to accept him

However, it can also take considerably longer, as with Brett Kavanaugh, the last judge that Trump nominated. A total of 89 days passed between his nomination and approval, during which, among other things, allegations of sexual harassment came to light.

The longest wait to date was for Louis Brandeis in 1916 — the first Jewish person to ever become a Supreme Court Justice. Between his nomination by President Woodrow Wilson and confirmation by the Senate, 125 days passed.

There are 125 days between the death of Ruth Bader Ginsburg on Friday and the inauguration on January 20, 2021.

Adapted from the German by Richard Connor

As the US presidential election kicks into overdrive, filling the Supreme Court seat has already become a pivotal matter for voters. Despite Republican pledges not to, US President Donald Trump could still fill the seat.