Does the wave of Ukraine support hurt aid for other crises? | World | Breaking news and perspectives from around the globe | DW | 23.04.2022

Does the wave of Ukraine support hurt aid for other crises?

With the international community focused on Ukraine, there are concerns that aid for other crises around the globe is suffering. 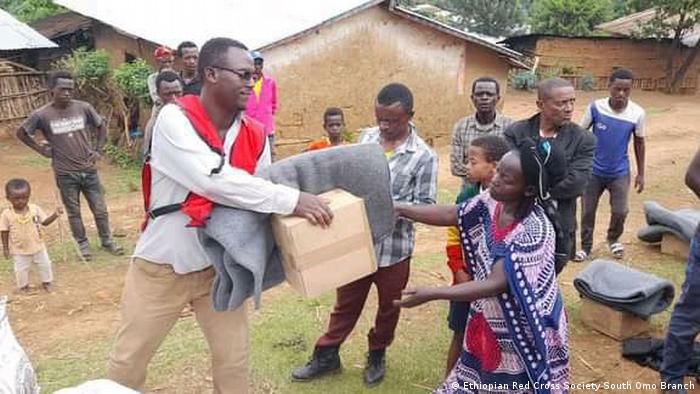 Will the outpouring of solidarity for Ukraine underfund other crises?

Acknowledging the importance of paying attention to the war in Ukraine, he highlighted how "even a fraction" of such attention was not being given to the crises in Tigray, Yemen, Afghanistan or Syria.

His concerns have been shared by other humanitarian aid experts who worry that the outpouring of resources for Ukraine could exacerbate problems in other parts of the world.

"It's not to diminish the cost on human lives and the toll that the war in Ukraine has taken, but the amount of resources and attention that is being pushed towards Ukraine is not the same as other crises like the ongoing war in Yemen and the hunger crisis brewing at the Horn of Africa," Jeroen Kwakkenbos, senior aid policy advisor at Oxfam told DW.

"It's understandable for many European countries to respond to the Ukraine war the way they have. It's visceral, it's nearby. They can see the impact. But the problem is that it's coming at real human costs of other extended crises," he warned. 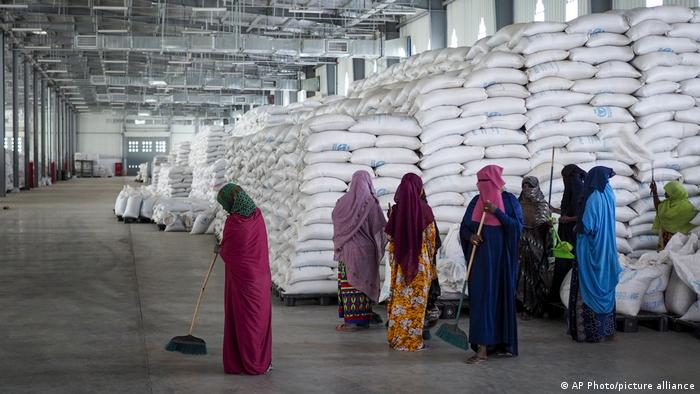 Funding crises around the world

After the Taliban last year took control in Afghanistan, nations around the world imposed sanctions and cut off aid, leading to a severe food shortage in the country. Ongoing civil wars in Yemen, Ethiopia and Myanmar have also triggered accute food shortages and displaced millions over the past years.

And since Russia invaded Ukraine in late February, the gap between the funds required to respond to these crises versus the amount actually raised has widened.

Accordingto the United Nations Office for the Coordination of Humanitarian Affairs (OCHA), a 2022 UN flash appeal for humanitarian support in Ukraine has already managed to fund 68.2% of the target of $1.14 billion (€1.05 billion).

Last year and prior to the war in Ukraine, 61.5% of the UN's humanitarian response plan for Yemen was funded while Afghanistan saw 104.4% of its funding needs fullfilled.

Adam Abdelmoula, the UN's Humanitarian Coordinator for Somalia, said the country has not been spared by this reduced resource availability.

"At the same time, humanitarian funding for the response remains low," he added. "As of 18 April, the 2022 Humanitarian Response Plan (HRP), which requires $1.5 billion was only 4.4 per cent funded. Additional funding for priority sectors is urgently required now to avert the worst outcomes. Existing funding commitments must honoured to enable response commensurate with the urgency and scale of need."

With the United States, Germany, UK, Japan and other EU countries like Denmark and Sweden amongst OCHA's main funders, Oxfam's Kwakkenbos said the war in Ukraine had led to several European countries shifting their budgets.

"Some European countries have been re-allocating budgets from other humanitarian aid projects and redirecting them towards Ukraine."

Yet underfunding these other crises further afield "can lead to more instability, which in the end might even require more funds, a larger response and more investments in refugee hosting," Bram Frouws, the head of the Mixed Migration Center, told DW. "And part of that bill will be for international donors too," he warned.

However, at a press conference in Geneva last month, Jutta Urpilainen, the EU's commissioner for international partnerships, insisted "that we have not forgotten the rest of the world."

While most countries usually set their aid budgets at the beginning of the year, competing interests will then affect these budgets over time.

"You have existing international commitments, such as the 0.7 commitments where most of the rich countries in the world said they would donate 0.7% of their Gross National Income (GNI) to development cooperation," Kwakkenbos explained.

"Countries should be aware of the serious consequences of their inaction in Somalia. We have been engaging donors and strengthening our advocacy efforts to mobilize necessary resources to save lives," the UN's Abdelmoula added. "We hope that partners will respond to our call and provide support to break the cycle of chronic disasters in the country, while addressing immediate humanitarian needs."

Where exactly the aid budget will go is however affected by multiple factors. Some western countries have ties with former colonies for instance. Then, there are foreign policy interests. And eventually, there are the actual needs in different crisis regions.

In the end, a coherent development policy has to bring all of those different factors in line to decide which crises to help and how.

"Media narratives also dictate how the world reacts to crises," Kwakkenbos explained. "They can in fact drown out the urgency and importance of crises which are further away from a reader or viewer's home."

Currently, the global media focus is very much on Russia's invasion of Ukraine and we've seen funding campaigns backed by actors or celebrities to raise money. Even private citizens around the world have been launching their own donation drives to support Ukraine.

Other parts of the world also in dire need of international aid but do not get this kind of attention.

So what can be done?

Finding solutions for crises that lack the attention that Ukraine is currently getting is difficult. Earlier this year, at a summit between the EU and the African Union, Brussels stressed that funding humanitarian needs in Africa was a priority.

"The war in Ukraine has changed this," Kwakkenbos said.

He's also suspicious of the EU's ambition to shift from the concept of development aid to one of a more equal partnership between rich Western donor countries and poorer countries that need help.

"This is nonsense. As long as you have one side with the cash and the other side asking for the cash, there will always be an unequal partnership between countries." But he agrees that in principle, "a shift from charity to a notion of justice" would be an important step. But what this can realistically look like is difficult to say.

When it comes to the immediate outlook for the coming months, Bram Frouws simply urges NGOs not to shift staff and resources all too quickly to Ukraine, pulling them out of other regions that simply don't get enough international attention.

"Relocating staff might be a good thing to temporarily boost the emergency response but agencies should be careful not to take the best staff away from other places where they might be needed."

Flawed data continues to plague the humanitarian response in Yemen