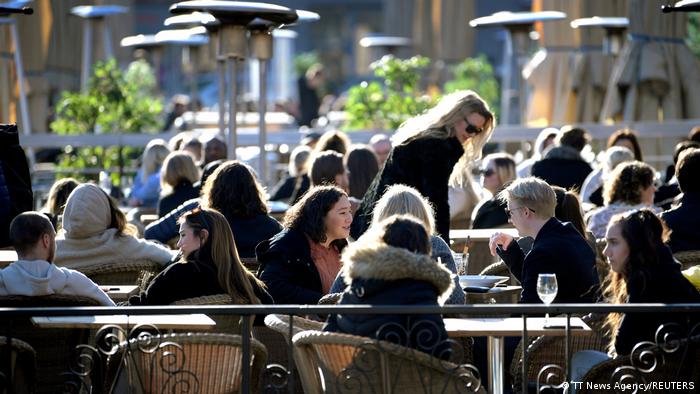 To some observers, Anders Tegnell is a beacon of sanity whose distaste for lockdowns has allowed Swedes to continue skiing, shopping and dining out mask-free while many in Europe face police enforcement of confinement rules.

To others, the state epidemiologist is a risk-taking renegade responsible for loss of life much higher than necessary, leading Sweden to its current position topping European charts in COVID-19 infection rates. Even the Swedish king has expressed his dismay at the death toll. 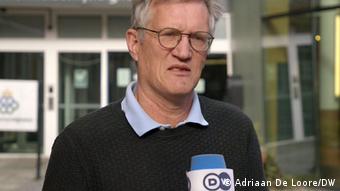 Tegnell seems perplexed by the constant portrayal of Sweden as pursuing a remarkably unique path — and by the myriad assessments as to whether it's the right one. "To say Sweden acted very different than other countries, that's not true," Tegnell told DW outside the headquarters of the national health authority in Stockholm. "We did basically the same as many other countries. We did it in a slightly different way."

"Slightly different" seems understated when compared with the severe restrictions, and the high penalties for violating them, employed by other EU countries. In Sweden, other than size limitations on public gatherings and the 8 p.m. closing time for restaurants and pubs, most measures are "recommendations" and not regulations, which he has occasionally chided the public for not following closely enough.

No covering up skepticism over masks

One of the most striking differences when walking in Stockholm is the absence of masks. Tegnell says he doesn't believe they are extremely effective in curbing coronavirus transmission, particularly compared with physical distancing, so wearing them has never been mandated in Sweden. "You can see countries like France, Italy, even Germany with very strict rules about masks, and they still have a lot of increase," he points out. Only since this January have passengers on public transportation been encouraged to mask up, particularly during rush hour. But there's no penalty for not doing so.

Still, despite the image of lifestyles little changed by the virus, Tegnell contends "people have changed their behavior enormously, and they have done that voluntarily because they know that's the right thing to do." He says some 40% of Swedes now work from home. They also travel much less than before and avoid public transportation when possible.

He suggests that what Sweden has tried to do, in contrast with other countries, is to pinpoint "what we need to close down where we have the effects so we don't have to close down the whole society." The Swedish government only has a temporary legal right to impose a lockdown if it deems it necessary — something it has not done.

Neighbors are the 'outliers'

Tegnell rejects as oversimplified comparisons with neighbors Finland and Norway, which opted for stricter measures earlier in the crisis and now have among the lowest death tolls in Europe. "There are huge differences between Sweden and Finland and Norway," he said. Tegnell emphasizes population concentration in larger cities, the higher percentage of people with "less favorable" socioeconomic backgrounds and the tendency of Swedes to travel more.

Christian Christensen, a journalism professor at Stockholm University who's been tracking the impact of the government's method of communicating its policies, is careful not to challenge epidemiological assessments. But he has plenty of other questions.

He says Sweden should be considered neither a utopia nor a dystopia, and that it's fair to judge whether it could have done things better. "One thing Sweden has not done particularly well is communicate the rationale behind its policies to the population," he said.

Using the example of mask-wearing, Christensen cited the fact that it was only three months ago that the recommendation was issued to use masks during rush hour. Compliance has not been high, and he says that may be because little information was conveyed along with it. "Was this the result of a change in science or was this just a change in policy?" he asks, adding "If you're then saying it will help and the science has not really radically changed on that, I would say, then why didn't you do it earlier?" 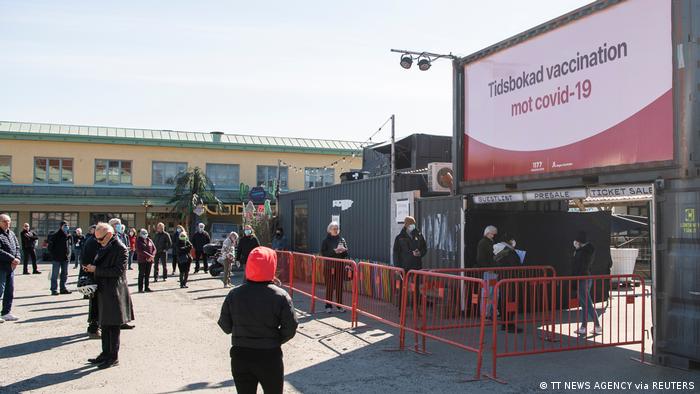 Sweden's vaccination campaign lags slightly behind that of other European countries

'Liberty' from rules not enjoyed equally

Christensen notes this information would be particularly important to that segment of the population which is "essentially forced" to take public transportation because they can't afford a car. "You're seeing a definite class distinction there," he said. "I think that's one of the things we're going to see in the next five to 10 years when we look back at COVID," he added: "to what extent this particular question was not really discussed enough" in either Sweden or throughout Europe.

Tegnell says his agency has worked hard to get information out about prevention methods, acknowledging "I'm sure we can always do more because these are still the portions of the population that are hardest hit." But he also underscores that most Swedes remain happy with the handling of public measures. 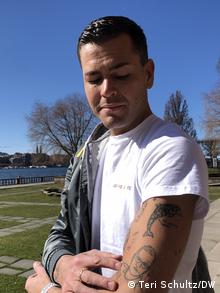 One of those is Gustav Lloyd Agerblad, a Stockholm-based drilling equipment salesman who grabbed headlines a year ago when he had Tegnell tattooed on his arm. "He went from nothing to a rock star," Agerblad said with a laugh, noting that Tegnell's popularity has slipped a bit as infections rise.

Agerblad says he doesn't regret the move at all. "[Tegnell] represents this different kind of way [of] handling crisis in the world," he explained, "where people still could have a lot of freedom."

Agerblad says he'll be happy to explain for the rest of his life about that special Swedish reasoning that prompted him to ink the epidemiologist onto his epidermis.

Asked about the tribute, Tegnell said as an infectious disease specialist, he's not in favor of any tattoos.