Paris and other northern regions of France had already seen restrictions on movement and non-esssential shops closed. But now President Macron says they should apply to the whole country as he shutters school as well.

French President Emmanuel Macron ordered a third lockdown across the countryon Wednesday as a fresh wave of coronavirus infections looks set to overrun its hospitals.

Speaking in a televised address, Macron said the British variant was creating "a pandemic inside a pandemic" that was more "contagious" and "more deadly."

"Soon, nearly 100,000 families will be in mourning," he said, referring to France's climbing coronavirus death rate. "We will lose control if we do not move now ... we are entering a race."

French Prime Minister Jean Castex will debate the measures in parliament on Thursday. 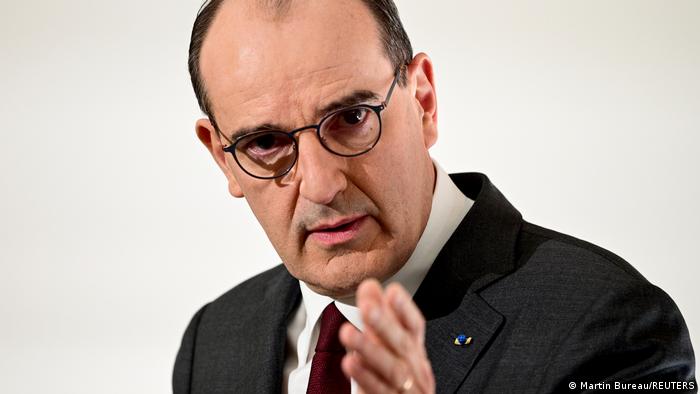 What did President Macron announce?

A curfew from 7 p.m. to 6 a.m., already in place in the worst hit regions such as Paris and the north, will now apply across the whole of mainland France.

Non-essential stores will be closed nationwide.

Other new measures include a domestic travel ban between regions without an essential reason, and the closure of schools for the next three weeks.

COVID-19 in France: No respite for Dunkirk doctors

"It is the best solution to slow down the virus," Macron said, adding that France had succeeded in keeping schools open longer than neighbors such as Britain.

The French president initially opted for curfews in the worst hit areas and local restrictions in the hope of giving the economy a chance to recover from a deep slump.

"We have done all we can to take this decision as late as possible," Mr Macron said.

All of France's restaurants, bars, gyms, cinemas and museums have been closed since October.

What is the health situation in France?

More than 5,000 patients were in intensive care on Tuesday, the first time in 11 months that the figure has been that high, while daily new infections have doubled since February to nearly 40,000.

The National Council of the Order of Doctorsurged Macron on Wednesday in an open letter published in the Liberation newspaper to impose ''a real lockdown wherever necessary."

"It appears that we have lost control of the epidemic,' wrote Patrick Bouet, the medic who leads the top body. "The virus is winning." 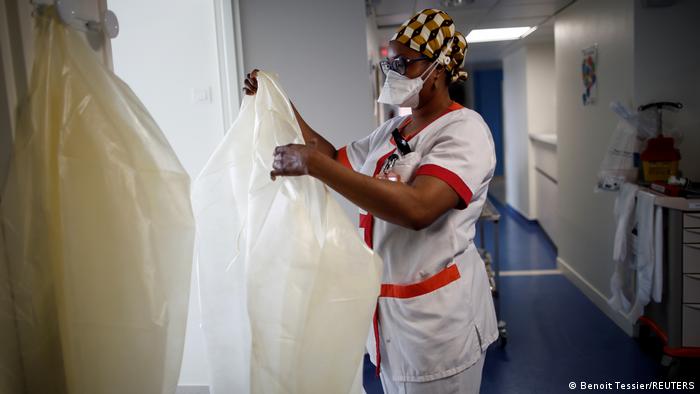 The country's healhcare system is under strain

Professor Philippe Juvin from Paris's European Hospital Georges Pompidou said last week that a strict lockdown may be the only way to prevent a major healthcare crisis.

The known death toll connected to COVID is inching closer to 100,000, a milestone already surpassed by the UK and Italy in Europe, with nearly 350 people losing their lives every day.

France also used medical evacuations to ease the load on hospitals during the first two waves, but there has been more resistance from families in recent weeks.

Macron had been banking on France's coronavirus vaccination drive to reopen the economy. But its rollout has been slowed by a lack of stocks so far.