Millions of people with diabetes don’t have access to insulin globally. In the US, many patients have to ration the vital drug due to soaring prices. Now, biohackers have come up with a plan to produce it more cheaply 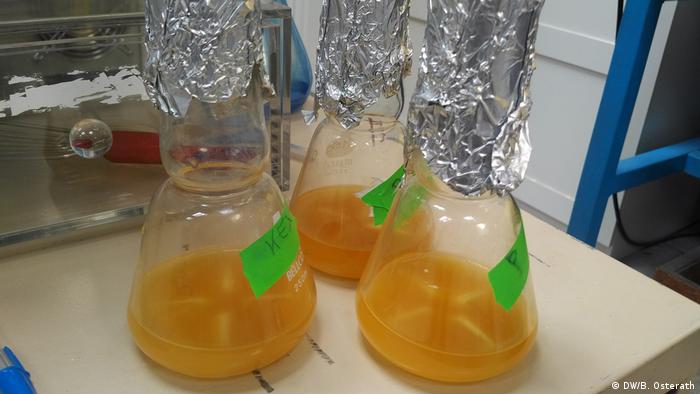 David Anderson is pipetting a yellowish liquid into conical flasks, anxious not to spill anything.

The liquid contains yeast cells, which, thanks to a bit of genetic engineering, are able to produce a precursor of insulin — the hormone that people with Type 1 diabetes need to administer to themselves to survive.

"We are doing a test today with an enzyme that's going to create the insulin from the proinsulin," David explains. "The enzyme did show activity before, so we are hopeful."

It's Sunday, lab day for the biohackers from the Open Insulin Project in Oakland,California.

The group aims to develop a protocol for 'do-it yourself insulin', a manual to produce the vital drug on a small scale with quite simple means.

"You don't require much in terms of equipment or labor to produce quite a substantial amount of insulin. In the corner of a room you could make enough for 50,000 to 100,000 people." 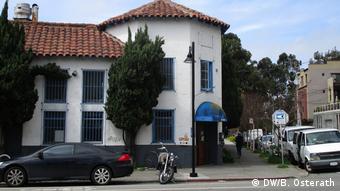 The biohacking lab is located behind these walls.

The biohackers' lab is set up in a large hall in a run-down community centre in Oakland.

The hall's walls are covered with graffiti, and everything is crammed with tables and shelves, with material of all kinds piling up.

The technical equipment has seen better days, and some of it has been mended.

But the hall holds everything a biotechnologist needs: lab benches, freezers, a centrifuge, a clean bench, a DNA amplifier and much more.

Other more luxurious equipment requests have been scribbled on a "lab gear wishlist" attached to a nearby freezer.

David mixes the yeast cells together with other liquids, inducing the production of proinsulin, then places the flasks in an incubator at 30 degree centigrade.

He has to frequently check the instructions on his smartphone, because he is not too familiar with this kind of work yet.

For Oakland's biohackers, you don't need to be a trained scientist to become a genetic engineer - David himself has a major in business economics.

"This is my first time with anything with science and biology. I am really glad biohacking came about." 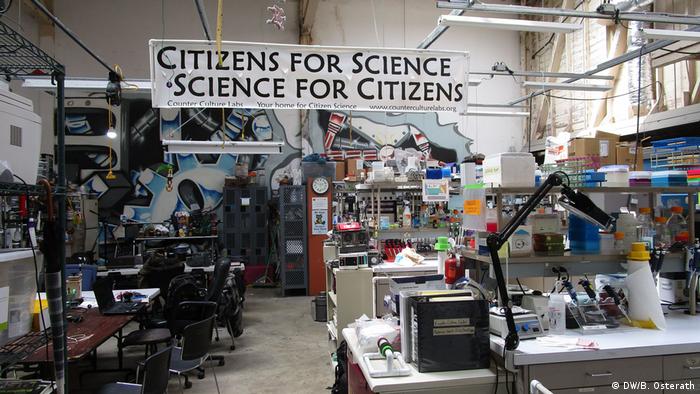 The biohackers want to help those who can not afford expensive medication.

Anthony Di Franco, a computer scientist and a Type 1 diabetic himself, founded the Open Insulin Project four years ago.

"For most of my life I've been aware of how difficult it is to manage diabetes, even if you do have access to the best treatments - and how much harder it can become if you don't," Di Franco says.

Read more:  Diabetes: Lower your risk with sleep and wholegrains

Insulin was first introduced in 1922 to treat diabetes.

Until the 1980s, the protein was extracted from the pancreas of pigs or cows.

Now, the pharmaceutical industry can produce a virtually unlimited amount of biosynthetic human insulin with the help of genetically engineered cells.

However, according to the World Health Organization, many people with diabetes around the world don't have access to the vital drug, with "devastating" consequences.

An undersupply of insulin increases blindness, amputations, kidney failure and premature mortality in people with diabetes around the world, according to  a 2015 report by Health Action International,a network aiming to improve access to medicines. 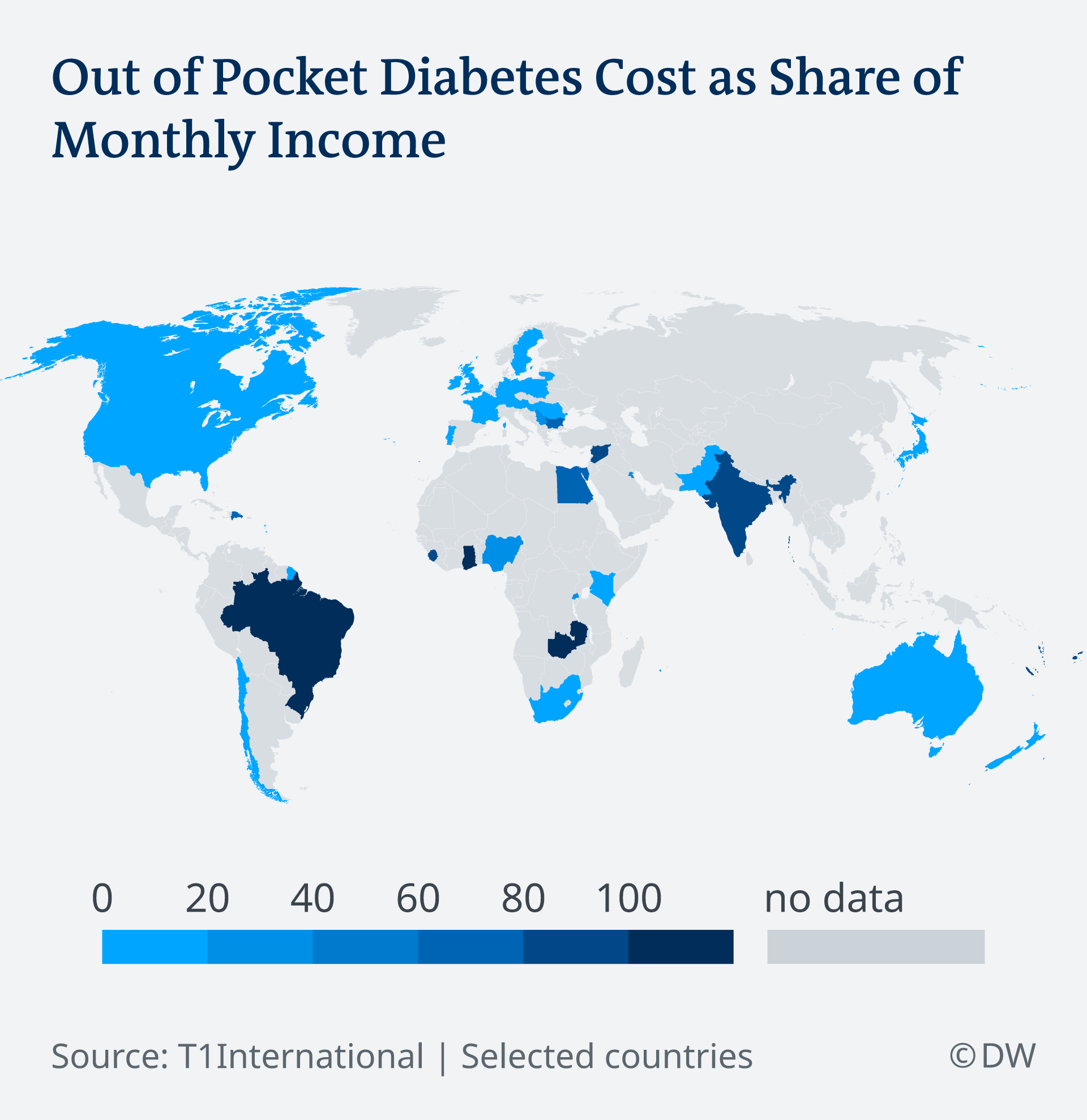 "In Sub-Saharan Africa, for example, lack of insulin access results in a life expectancy of less than a year for a child with Type 1 diabetes, compared to almost normal life expectancy in high-income settings."

Read more: Embracing the freedom to ‘hack one’s own body’

The US insulin crisis

Even in the US, the world's largest economy by nominal gross domestic product, many people struggle to get the insulin they need.

The drug is available at every pharmacy, but the cost can be too high to afford for low-income families.

Read more: How to prevent diabetes 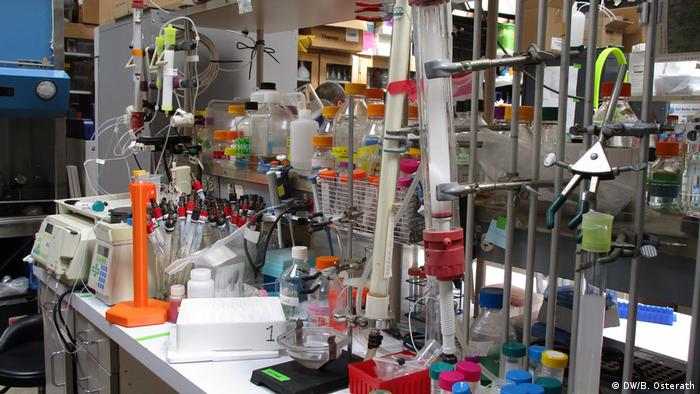 "The price for insulin is much, much higher in the United States than it is just about anywhere else in the world," says David Belk, an internist in Alameda calling for a major change in the US healthcare system.

While the average out-of-pocket cost for the insulin brand Humalog is $13.4 USD per milliliter in the US, it is only $3.16 USD/mL in Canada, according to the non-profit organization T1International. 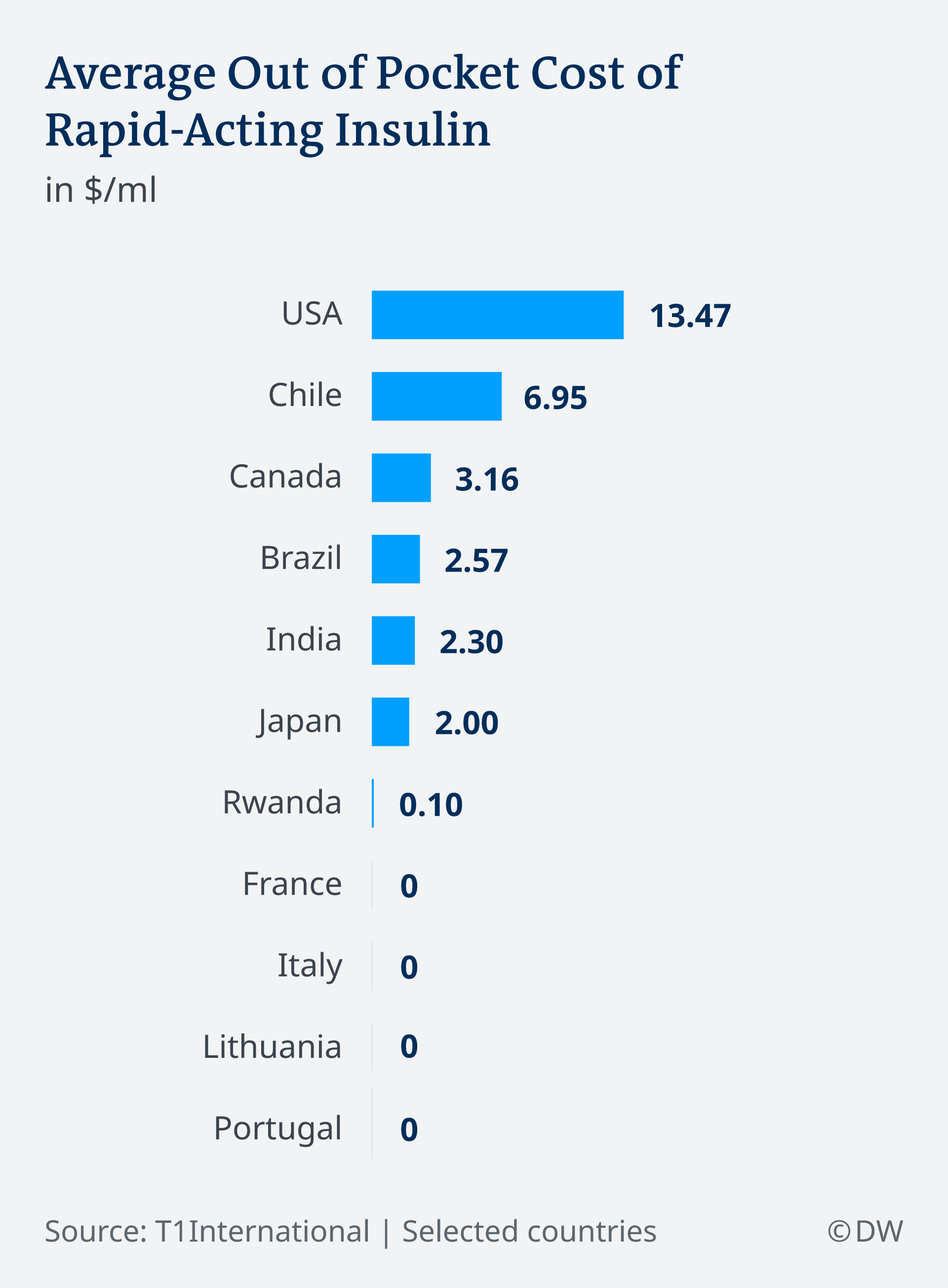 Insulin prices in the US have been soaring for decades, Di Franco adds.

"There are just a very few insulin producers that control the production and that gives them the ability to raise prices, essentially arbitrarily."

According to the American Diabetes Association (ADA), the average price of insulin in the US nearly tripled between 2002 and 2013.

An ADA survey in 2018 revealed that approximately 27 percent of the 535 patients surveyed rationed the drug, either by reducing the dosage or taking it less frequently, thus risking their health.

America's getting angry about the rising cost of insulin, with many taking to social media outlets such as Twitter to express their frustration.

"It would be really cool to help people to make this drug so much cheaper than what the pharmaceuticals are asking," Anderson says.

If the last step – converting proinsulin into insulin – works at small scale, the group can begin to upscale the process, increasing the amount of insulin they produce in a single batch.

"But there's still a long road ahead of us," Di Franco adds. "We are waiting on legal advice about a lot of details."

Such as: who will test whether the insulin is pure and safe enough for the patient?

Hank Greely, professor at the Center for Law and the Biosciences at Stanford University, says he understands the impulse to create DIY insulin, but still calls the idea "borderline crazy."

"Manufacturing pharmaceuticals is difficult, painstaking, and dangerous. If you get the dosing or the strength on insulin wrong, it's death. If you let contaminants into the insulin, it's possible death. If your insulin breaks down too quickly in storage, it's death." 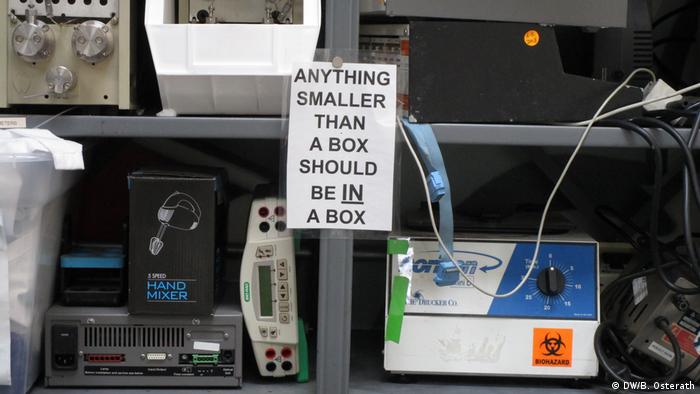 Order must prevail – even in a biohacking lab

In the end, it doesn't matter if someone produces a drug commercially or in a community lab at cost price, says press officer Nathan Arnold from the US Food and Drug Administration (FDA), "if this biohacking team found a way to produce insulin, the producers - large or small - would still need to follow federal regulations to produce the drugs."

That means the process itself as well as the production facilities would need to be FDA-approved.

However, simply publishing a manual on the internet on how to produce insulin would not fall into the FDA's responsibilities, says Patricia Zettler, a Georgie State University law professor with a specialty in food and drug law.

So, this might be a first step for the project to take.

"It's understandable that people are looking for creative solutions", Zettler adds. "I hope, if nothing else, that initiatives like the Open Insulin Project are wake-up calls on the drug pricing issues."

And already, change may be in sight.

In the future, insulin products will be regulated under a different act to govern their approval, the FDA announced mid-May.

This way, generic insulin products are able to enter the market, possibly opening up competition – and hopefully improving access to insulin for many people.