Biohacking - genetic engineering from your garage

Biohackers conduct research far away from the establishment, in kitchens or garages. Their creations range from water filters to genetically modified organisms. The global movement wants to advance science for all.

It's a rainy Monday afternoon as Alessandro Volpato opens the graffiti-sprayed shutters of a tiny studio in Berlin Neukölln and turns up the electric radiator. The 32-year-old Italian, who's thin and wears a turquoise-blue wool sweater, rubs his hands and turns on the faint light.

The small studio on the ground floor of an apartment building is still cold. Inside, there's a small black sofa, a table with a kettle and a few dirty tea cups.  A white, fitted kitchen is attached to the wall, and Alessandro lifts a heavy bag on its worktop.  "I've brought some things with me," he says, unpacking all kind of cables and electronic boards, as well as devices welded together from shiny aluminum discs and copper tubes. He also has a bowl of blueberries and a basil plant.

Not a normal kitchen

In the refrigerator and on the kitchen shelves, red and yellow mushroom and bacteria cultures bloom in stacked petri dishes. On the stove, there's a pressure cooker for disinfection and, right next to it, a test tube holder with all sorts of vials. They contain shellac, petrol, vinegar or the algae preparation "Agar."

Alessandro isn't a hobby chef, nor is he chemist or an electrician. But he might be a mixture of all of those things, plus a fourth - and the most important - component.

He's a biologist, a "do-it-yourself-biologist," or a "biohacker." That's what the followers of the still small, but worldwide movement, call themselves. 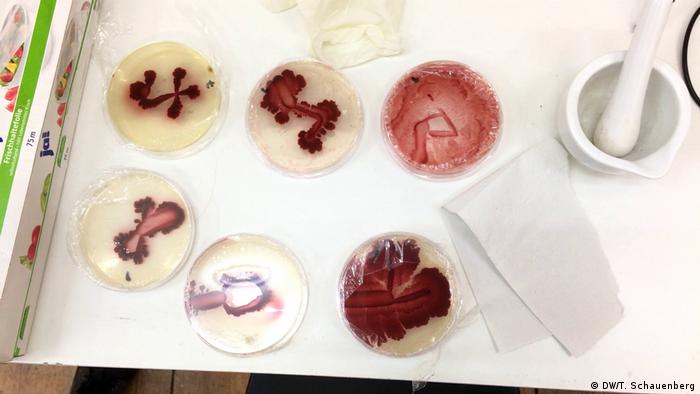 "Hacking" means to release something from its original context and to give it new form. Biohackers aren't interested in cracking computer networks or sucking information out of foreign computers.

They're amateur scientists, biologists, technicians, physicists, artists - or simply interested people who want to deal creatively and in an interdisciplinary manner with biology. They also want to conduct research independent of big companies or politics.

They experiment with bacteria and plants. They're interested in genes and genetic information and want to know how to make their own laboratory equipment without spending lots of money. Since in most cases there's a lack of financial resources to build up a professional laboratory, they usually experiment in their own kitchens or garages. Alessandro's biohacker partners also share a room with a cultural association from the neighborhood. There, they have their hacker space. It's out of question to talk about real laboratory conditions - which is also why not every experiment works out. But a lot of things do.

Alessandro is currently working on something called an OpenDrop prototype. It's a hand-sized, chip-controlled device that will be used to automatically manipulate cells and molecules in the future. This could speed up researching processes enormously.

Together with a friend who's familiar with electrical engineering, he's also working on a device that automatically reproduces genes. And what are the blueberries and the basil plant for?

"For a colleague, she's working on the natural production of color pigments," he says.

Alessandro never got a job at university. Nor did he ever want to work in the private sector.

"One day I resigned myself to not having a job in the academic world," he says. "Now, I'm doing research on my own and with the community." 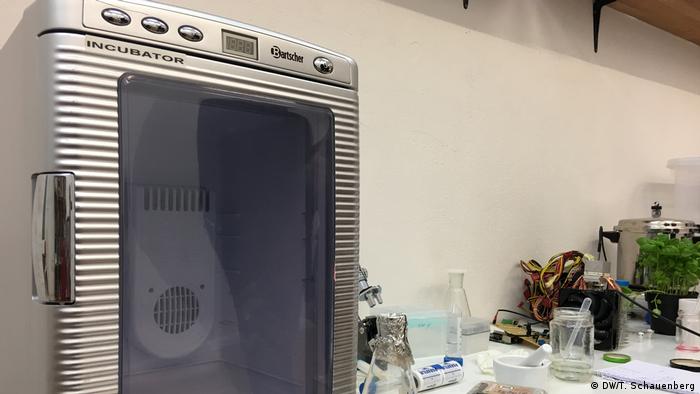 The incubator is used for breeding bacteria

According to the principles of Open Source, they publish all of their construction plans and test instructions and, if possible, the results of their experiments. These are accessible to anyone. That's social and political dimension to biohacking, Alessandro says.

"We want technical and scientific progress to be shared with every part of society. Everybody should have the opportunity to participate in the development."

Biohackers, furthermore, want to educate anyone interested so that they can develop a well-informed opinion - for example, on the controversial topic of genetic engineering.

The FBI is watching

The spectrum of research in DIY biology is wide. It ranges from the harmless production of insulation materials from mushroom spores to the genetic modification of pathogenic bacteria.

DIY biologist Josiah Zayner even went so far as to modify and re-inject his own genetic material. Zayner sees this - even if it may sound insane to most people - as a first step toward a new age in which people "will no longer be the slaves of their own DNA."

In Germany, the manipulation of genes or work on multi-resistant germs, for example, is strictly controlled - and is punishable by law for do-it-yourself biologists. That makes Germany different than the US, where it's possible for anyone to buy a starter kit for genetic experiments on pathogenic microbes for $159 (132 euros). A new method known as "gene scissors" makes gene manipulation relatively simple and inexpensive. There is no law that restricts kitchen genetics.

That's also why authorities there are on high alert. The FBI is monitoring the scene. 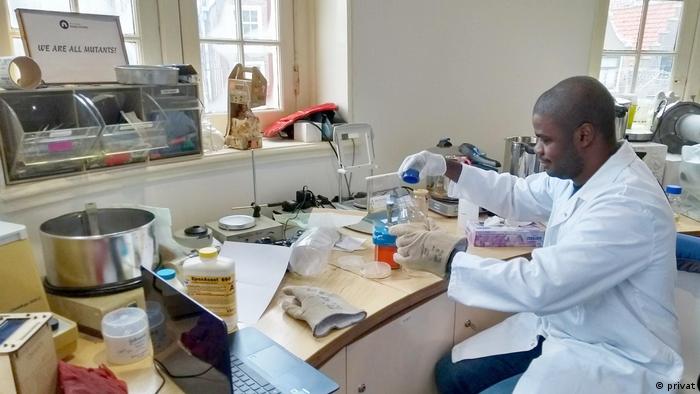 Biohacker Thomas Hervé Mboa Nkoudou during a workshop in Amsterdam

But in general, biohackers have very different approaches from country to country.

"In Cameroon, it's the benefits that count, not whether we work with the universities or not," says microbiologist Thomas Hervé Mboa Nkoudou. "We need the knowledge of scientists and students in order to help the local people here."

The 34-year-old is the organizer of an African open science conference in Ghana and intends to open a do-it-yourself biolab in Cameroon next year - the continent's first.

He sees enormous potential in the do-it-yourself movement for the African continent.

"I want to develop concrete things that improve life here. Water filters that can be duplicated, natural replacements for baby food, simple medicines for diarrhea, or natural pesticides," he says.

Thomas adds that it's important that biohacking brings benefits on the spot. "For us, it is not a question of independence from the knowledge elite, but of independence from money - that we do not have to buy products and laboratory devices. So we'll make them ourselves."

He doesn't believe in the rebellious attitudes of some of the biohackers in Europe, nor in the capitalization of research results in the free market economy - for example, the sale of ideas to large companies or the establishment of start-ups based on the open science scene. This topic is a source of tension amongst biohackers.

From open source to start-up?

Oscar Joel de la Barrera, a co-founder of the network Biohackers Mexico, doesn't mind, though. His organization tries to bring together the grassroots biohacking scene in Mexico and to establish contacts with private businesses. 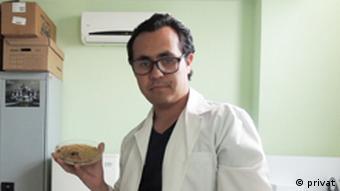 "Mexico is not very developed in this field," he says. "Of course we also want to attract companies from here and abroad to invest in Mexico and in the whole biotech sector."

He himself conducts research on natural fungicides that are designed to protect insects from fungal attack.

"These can often be implemented cost-effectively and relatively easily for investors," he says. His own vision is that, in the future, insects will replace meat. 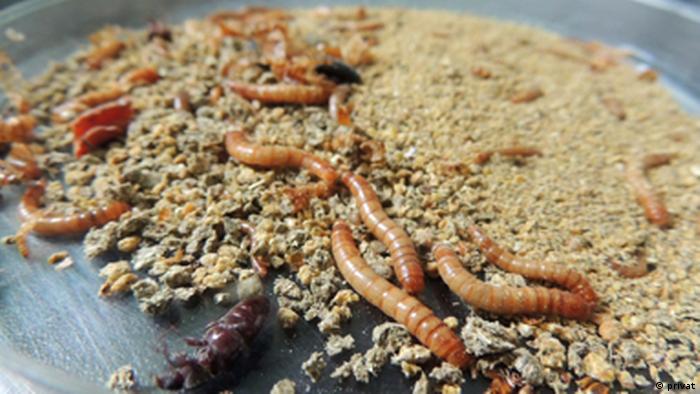 Back in Berlin, Alessandro Volpato is still working out the kinks in his own ideas. His OpenDrop prototype didn't work the way it should have after several attempts. And the machine for reproducing genes is still stuck here and there. He'll keep on working on it, of course - even without money from the private sector.

He and his five comrades-in-arms have chosen a very different way to finance their purchases: They launched a crowdfunding campaign and founded the first DIY biology association in Germany - all without a doctoral supervisor.

Embracing the freedom to ‘hack one’s own body’

The human body is not immune to change and can be hacked for the benefit of ourselves and the human race says Swedish bio-hacker Hannes Sjoblad. (18.06.2017)

The cyborgs are here: how to merge digital and biological identities

Bio implants will soon be able to house our keys, wallets, and our whole lives - all within our own flesh. Maya Shwayder tried one out at the Cebit fair in Hanover. (16.03.2016)