President Denis Sassou Nguesso has claimed victory after a national election extended his 32 years in power. The opposition has cried foul and demanded a recount as world leaders call for calm. 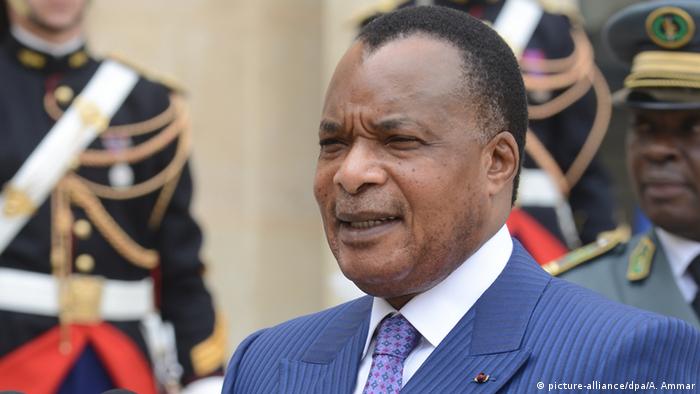 Resource-rich Congo has been on edge since an October constitutional referendum that ended a two-term limit on presidential mandates, allowing Nguesso, the 72-year-old former army officer, to run for office again.

Most businesses in the south of the capital, Brazzaville, an opposition stronghold, stayed closed on Wednesday amid concerns over the unrest.

"How do you want us to accept such a result?" General Jean-Marie Michel Mokoko, a former Nguesso adviser who quit his post in February.

Following official results that showed Guy-Price Parfait Kolelas with 15 percent and Mokoko with 14 percent, the former general demanded a recount.

"I knew beforehand that the dice were loaded, but we had agreed to play the game," Mokoko said. 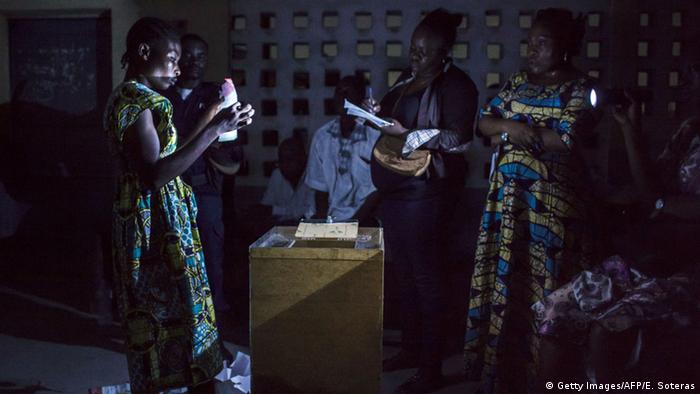 Congo's government says Denis Sassou Nguesso has won the presidential elections with 60 percent of the vote, extending his 32 years in power -- but his two main rivals contest the result

Police fired tear gas on Wednesday morning to disperse opposition supporters who had gathered to await results, witnesses said. There was a also a heavy police and military presence in the economic hub Pointe Noire, where the opposition is popular, a resident told the Reuters news agency.

As one of Africa's longest-serving leaders, Nguesso has ruled Congo for all but five years since 1979 - he was in exile in Paris from 1992 to 1997 - and is accused by critics of corruption, nepotism and stifling democracy.

The US State Department said that it had "received numerous reports of irregularities that have raised concerns about the credibility of the process," urging authorities in a statement to restore communications.

The European Union refused to send election observers to monitor the election, charging that conditions had not been met for a transparent and democratic vote. Congo's former colonial ruler France - which has significant business interests in Congo - also criticized the vote.

"This vote took place in a worrying context, particularly due to the cut in communications," said Romain Nadal, a spokesman for France's Foreign Ministry. "France is being vigilant and recalls its commitment to transparency and fairness in the electoral process." 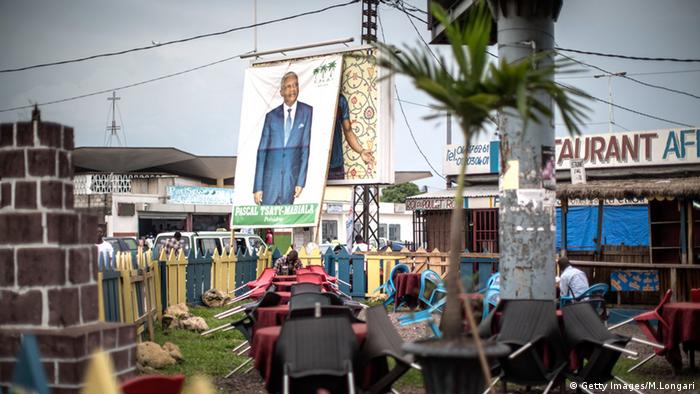 Mokoko and Kolelas - along with the three other opposition candidates - have created their own parallel "technical commission" to monitor the vote and compile information from polling stations to compare it to the official results.

They said they could say "with certainty" that the opposition had beat Nguesso in the first round and that a second-round election should be held.

But, as authorities imposed a communications blackout to prevent opposition candidates from publishing "illegal results," it was difficult to contact the opposition figures. The government has said the blackout would remain in place until after the official results.

Congo recorded growth of 5 percent in recent years but most people live in abject poverty. Unemployment hit 34 percent in 2013, the last data available, and stood at 60 percent for 15- to 24-year-olds.

Elections in five states have reaffirmed the disparate rate of progress towards democratic governance across Africa. Democrats win and lose in some countries, despots remain entrenched in others. (21.03.2016)