Most of the Republic of Congo will be without telephone services for two days during the country's presidential elections. The interior ministry said the measure was for reasons of security. 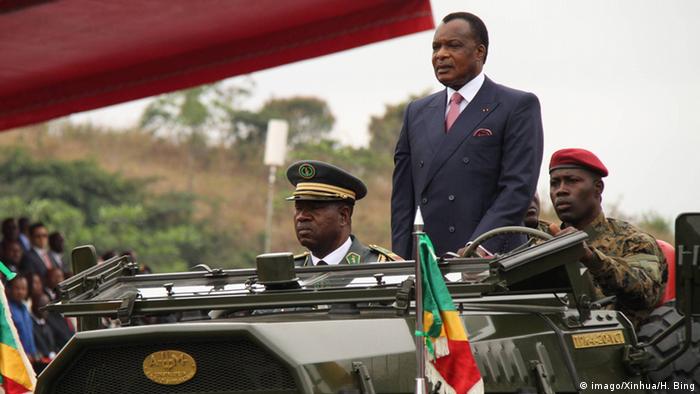 The Republic of Congo has ordered the country's telecom providers to cut all communications during Sunday's presidential election, as well as on Monday.

Interior Minister Raymond Zephirin Mboulou sent a letter on Friday to the local directors of the country's two main providers, ordering them to cut service throughout the central African state.

"The Minister of the Interior indeed signed and sent a letter to ... MTN Congo and Airtel Congo to tell them that the state wants them to cut off communication on March 20 and 21 for reasons of security and public tranquility," according to an unnamed government source.

But there is a list of telephone numbers that will continue to receive service, according to a report from the AP news agency.

Rights activists slammed the government's move. "Everything is being done so that the election is not transparent," according to Joe Washington, president of the Ebina Foundation, an activist group.

Blocking communications on election day is not unusual in Africa. Uganda shut down Twitter, Facebook and WhatsApp on the day of its presidential election in February.

President Denis Sassou N'guesso (photo) has ruled over the oil-rich country for all but five of the last 37 years. He cemented his return to power in 1997 by commanding rebel forces in the country's civil war.

Mokoko received another summons to appear before the police on Saturday - on the eve of the election. 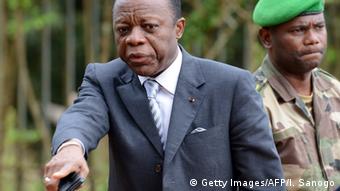 The former general's campaign office accused the government of trying to torpedo Mokoko's bid for power.

Mokoko was a longtime ally of President N'Guesso, serving as the Congo's military chief of staff for the last five years of N'Guesso's first stint in power. And he had been the president's advisor on peace and security since 2005, until resigning from the post on February 3.

Police first brought him in for questioning last month after a video emerged on the Internet allegedly implicating Mokoko in an attempted coup. 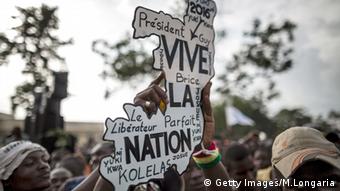 But his campaign organizers have dismissed the video as a fake, saying the footage was shot sometime in the early 2000s. It only appeared shortly after Mokoko held his first campaign rally on February 13.

N'Guesso made himself eligible for another term in office after a violence-backed referendum in October removed term limits and age restrictions. His actual birth date is unclear, though he appears to have been born in 1943, making him 72 or 73.