President Sassou Nguesso of Congo-Brazzaville has been in office for 31 years and is seeking re-election on Sunday. The opposition failed to agree on a common candidate to stand against him. 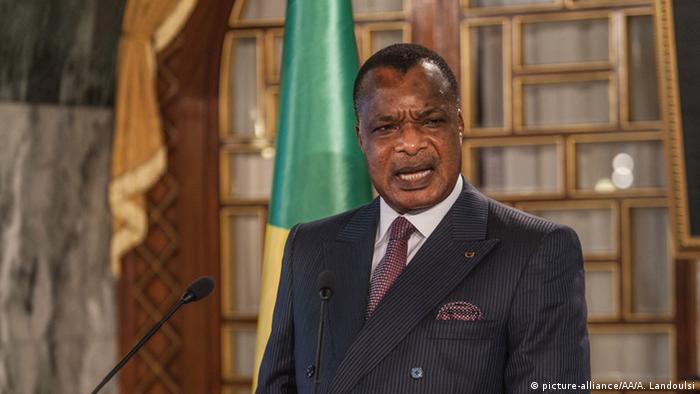 President Dennis Sassou Nguesso of Congo-Brazzaville wants to extend his stay in power and is running for another term at elections on Sunday (20.03.2016). He has been running a highly visible campaign.

"It is almost impossible to overlook the new airports, the roads, the contracts and the investors," said Bernadin Gavet, spokesperson for the party youth league in his campaign team.

Sassou Nguesso says he can guarantee peace and development in Congo-Brazzaville. He proclaims on his website that "17,000 kilometers (10,600 miles) of new roads have been built across the country." With the exception of the five years between 1992 and 1997, he has ruled Congo-Brazzaville since 1979. His opponents say the country has stagnated during his decades in power. "It is a dictatorship," one supporter of rival candidate Jean-Marie Michel Mokoko told DW. "There are no jobs for young people. We are fed up. We want a best possible Congo-Brazzaville, like the old days." 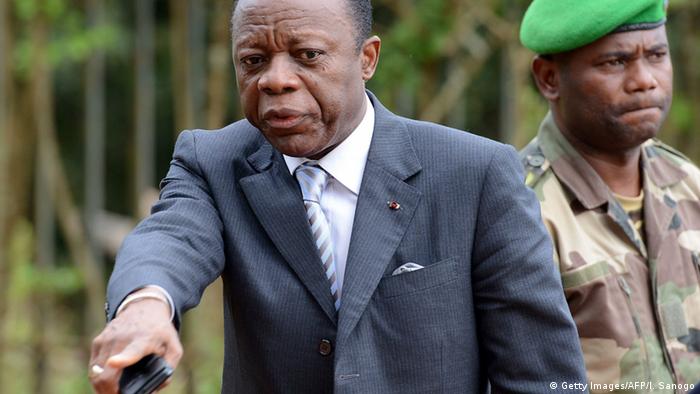 Jean-Marie Michel Mokoko was briefly detained after announcing his candidacy

He was referring to those years of democracy in the 1990s when Congo-Brazzaville was governed by Pascal Lissouba. Then came the civil war and Sassou Nguesso seized power by force once again and authoritarian rule returned.

Andreas Mehler, expert on Central Africa and head of the Arnold Bergsträsser Institute for Cultural Studies, believes that not much of those "truly democratic times" at the beginning of the 1990s has survived. "Congo-Brazzaville just has a veneer of democracy," Mehler told DW. It may be a multiparty system, but it doesn't really permit any genuine choice of alternatives.

"Sassou Nguesso and his party henchmen keep a tight grip on the country and profit financially as a result," Mehler said. Among the seven opposition candidates, there are several who are loyal to the government and who cannot really be considered rivals.

Jean-Marie Michel Mokoko, also known as "J3M", is the main opposition candidate worthy of the name. The regime views him with suspicion because as a general and former presidential adviser, he is familiar with the inner workings of government. Shortly after Mokoko announced at the beginning of the year that he was running for the presidency, a video surfaced allegedly showing him planning a coup. "He was briefly detained, but then released," Mehler said. 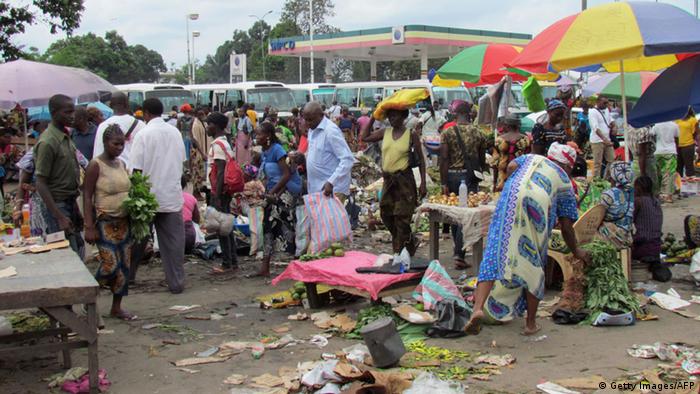 Congo-Brazzaville has been hit by the fall in the price of oil, its chief export

The presidential campaign of Romain Baedel Soussa, chairman of the Committee for Resistance and Action for Congo, (CRAC), came to an abrupt end. Soussa, who lives in France, made the journey to Congo-Brazzaville in January in order to pay the deposit for his candidacy. "When I arrived in Congo, I tried to access my bank account. But it no longer existed," he said. After encountering several other bureaucratic obstacles, he was forced to abandon his campaign. Opposition groups joined forces to form an alliance in January, but they failed to agreed on a common candidate, thereby diminishing their chances of success at the polls.

Sassou Nguesso pushed through changes to the constitution in a referendum last October, altering the term and age limits which would have barred the 72-year-old from standing for another seven year term.

After the results of the referendum were announced, he tweeted that he was "proud to be Congolese." But the vote was highly controversial and accompanied by protests in which four people died.

In the region, meanwhile, Sassou Nguesso continues to burnish his image as a peacemaker and is mediating in the conflict in Central African Republic. "He has become something of an "elder statesman" and following the death of Gabonese President Omar Bongo, he has become the region's most important mediator," said Mehler. One reason is that there are relatively few properly functioning democracies in power in the region. The relative stability of his government is seen as a sufficient qualification for the mediator role.

But poverty is getting worse in Congo-Brazzaville and is being exacerbated by the decline in the price of oil, which is the country's chief export. Unrest in the population is growing and some people worried about possible post-election violence have already left the capital Brazzaville. There will not be any observers monitoring the elections. There is not enough at stake, said Mehler. The European Union can only afford three election monitoring missions a year and nobody is expecting anything to change in Congo-Brazzaville anyway.

Severin Arsene and Carole Assignon contributed to this report

Despite reports of low voter turnout, a constitutional referendum in the Congo Republic passed with a sweeping 92 percent. The changes to the constitution allow President Nguesso to extend his 31-year stay in office. (27.10.2015)

Official suppression of a banned protest has left at least four dead and 10 injured in the capital city. Anger has risen over longtime President Sassou Nguesso's bid to extend his term by seven years. (21.10.2015)