Original documents dating back to the era of Argentina's military dictatorship have surfaced in an air force basement. They could prove enormously important as evidence in ongoing court cases on human rights violations. 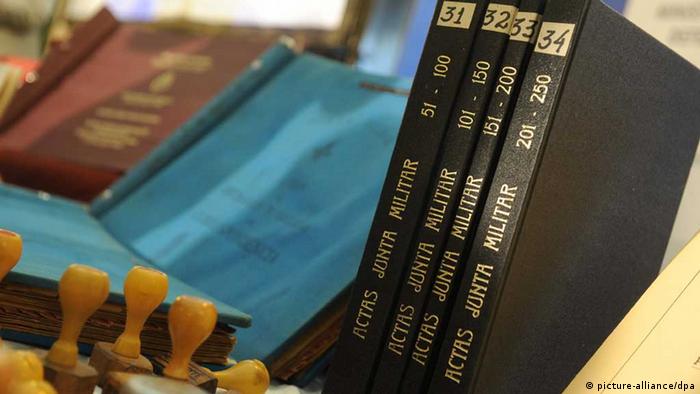 Before democracy returned to Argentina, the ruling junta, led by then-general Reynaldo Bignone, called in 1983 for the destruction of all documents that could be used as evidence against his dictatorship.

But some files appear to have been overlooked: Thousands of documents from the military dictatorship, which lasted from 1976 to 1983, were discovered in the basement of the Edificio Condor, the Argentine Air Force headquarters in Buenos Aires.

The material was stored in two safes, two cabinets and several shelves. The many notebooks, binders and file folders contain historical protocols of the regular meetings of the Argentine leaders and views of the generals on various political events. 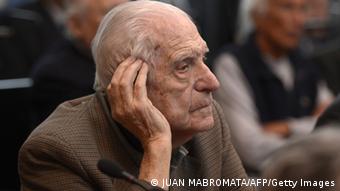 The documents also contain instructions on how to deal with international criticism, especially regarding the disappearance of dissidents and the so-called "blacklists" of intellectuals and artists, all organized according to the "levels of danger" they posed to the regime. The blacklists included author Julio Cortazar, folk musician Mercedes Sosa and writer Osvaldo Bayer.

There were also lists of banned songs of famous international musicians, including John Lennon and Rod Stewart, as well as a detailed plan of how the military intended to remain in power through 2000.

For Argentine Defense Minister Agustin Rossi, the files are of enormous historical value. "It's the first time we have access to documents that comprise the entire period of the dictatorship," he said. "Each file contains a table of contents, an overview of the respective position of the various branches of the armed forces and a register organized according by issue and in alphabetic order." 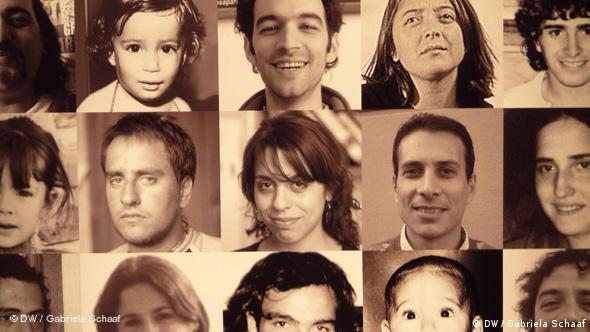 Over the next six months, the documents will be studied by experts who will determine not only their historical significance but also whether the material can be used as evidence in ongoing court cases regarding human rights violations during the dictatorship.

The documents could prove to be highly valuable in dealing with the human rights violations of the dictatorship. Since the amnesty laws were abolished in 2006, Argentine courts have convicted 370 people of crimes committed during the military regime.

Graciela Penafort, a lawyer working on behalf of the Argentine government, sees huge legal value in the documents. "We're talking about original documents that, in processes involving the economic policies of the dictatorship, can serve to prove an economic plan based on systematic violations of the constitution and human rights of former entrepreneurs and shareholders," she said.

With the military's knowledge and support

Penafort is alluding to a bundle of files on the sale of Argentina's sole newsprint mill. The plant's former family owners were arrested and tortured by the military. Their company was allegedly sold under value to two media companies that still exist. 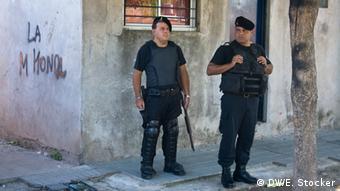 The newly discovered documents, according to Rossi, will help prove that the sale was conducted with the military's knowledge and support. "We have found 13 records of junta meetings, which show how intensively the regime handled this matter," he said.

Adding to the explosiveness of the documents' discovery is the fact that one of the companies involved in the factory sale is an opposition media group that the Argentine government is fighting with all of its might. Politicians are considering a new media law that aims to weaken the company, which until a few years ago stood at the side of President Cristina Kirchner's government.

The Argentine military had long maintained that documents from the period of the dictatorship no longer existed, but Defense Minister Rossi instructed all heads of the armed forces to continue looking in "unusual places" for historical documents. "We hope that more files will surface," he said.

Argentina's President Cristina Kirchner is recovering "without complications" in hospital after surgery, her doctors have said. The operation to remove a blood clot from the 60-year-old’s brain was a success. (09.10.2013)