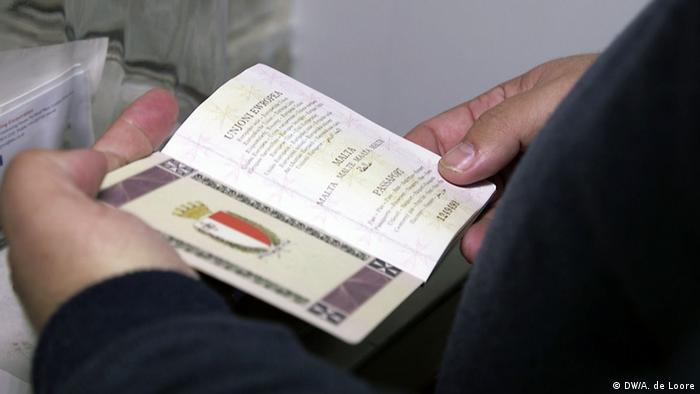 Boris Becker claimed to have one, Israel's former energy minister faked his, and French President Emmanuel Macron's bodyguard traveled with one for months after being fired. Diplomatic passports, it seems, are the must-have accessory in 2019 for high-net-worth individuals and some of the world's most mysterious wheeler-dealers.

Sold by corrupt officials in small island nations and developing Asian and African countries, diplomatic passports offer many more privileges than EU citizenship, for which the likes of Malta and Cyprus have been criticized for auctioning.

"Not only does the country in question usually get little diplomatic service out of such appointments, but also these people sometimes are masking a corrupt motive," Casey Kelso, advocacy director of the Berlin-based anti-corruption group Transparency International, told DW.

Just a few hundred thousand euros will often help those trying to evade prosecution, bankruptcy, or conceal their ill-gotten wealth, to buy diplomatic status — and the accompanying travel document.

"Often, there are no agreed criteria for awarding diplomatic passports, so a former elite person who makes a large donation to a political party [can get one]," Kelso explained, adding that applicants are often not citizens of the awarding country.

In many cases, there is no list kept by host countries about who holds honorary diplomat positions, "It's a closely-guarded secret," he added. 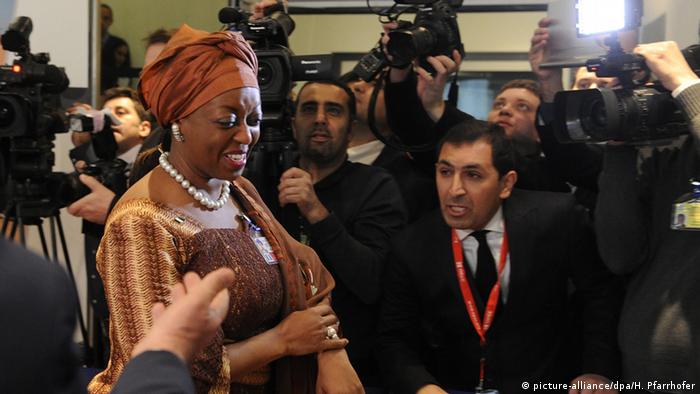 Nigeria's former Oil Minister Diezani Alison-Madueka was issued a diplomatic passport for the small Caribbean island of Dominica in 2015. Accused of misappropriating millions of euros in public funds in her home country, she tried to flee to the West Indies nation when similar allegations surfaced in Britain three years ago

Examples named by another anti-corruption group, Global Witness, include the late Cambodian business tycoon, Teng Bunma, who was given diplomatic status by his native country despite drug trafficking allegations that earned him a US ban, and Ilyas and Madina Khrapunov, who represented the Central African Republic in Geneva, despite being charged with $300 million (€263 million) embezzlement schemes in their native Kazakhstan.

In Africa, the Comoros Islands — nestled between Mozambique and Madagascar — last year canceled dozens of passports, some of them diplomatic ones, issued to more than 100 Iranian businesspeople. Many of those exposed in the scandal were thought to be evading US sanctions over Tehran's nuclear program.

Read more: US sanctions on Iran raise concern in Turkey

The Gambia, too, has been accused of using a similar opaque system to issue diplomatic passports, which has implicated the Belgium-based Semlex Europe SA, which is responsible for the issuing of biometric passports in many African countries.

Transparency International has named several small island states including St. Vincent, St. Kitts and Nevis — many of whom have citizenship programs in place, who also offer a premium alternative for the wealthy.

"They also have potentially a diplomatic service that sends out appointments, and our question would be 'Who are these people representing these countries at UNESCO, the World Trade Organization, or at United Nations bodies in Geneva?'"

Not only can these questionable diplomats work unhindered by law enforcement in their host countries, and elsewhere, they can also carry a diplomatic pouch, which cannot be searched or seized, under the 1961 Vienna Convention on Diplomatic Relations.

So, hand luggage or checked luggage is generally not looked at — a practice that offers opportunities for smuggling high-value goods like gold bars, cash, and fine art.

"It's not unusual from a historical perspective to ship large bulky items via ship and train," Fred Burton, Chief Security Officer at the global intelligence platform, Stratfor, told DW. 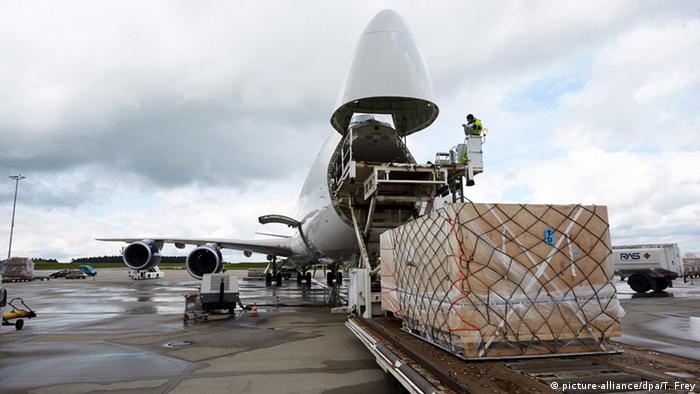 Often thought of as small enough to carry a few official documents, a diplomatic bag can be anything that can be transported by plane

In February last year, it emerged that 12 suitcases containing €50 million of cocaine — switched for flour at some point in an Argentinian sting operation — had been transported by a Russian government plane from Buenos Aires to Moscow a year earlier. Argentinian officials said the consignment was carried as diplomatic luggage, which Russia has denied.

"You can certainly see how a criminal enterprise or a traditional insider threat could have done something like this, running drugs through the pouch," Burton said, especially in countries where levels of corruption are high.

Diplomats also benefit from generous tax rebates on goods and services bought to run their missions and allow staff to carry out their work. No duties are paid on cigarettes and alcohol used for official embassy purposes — a privilege that led some diplomats to run liquor or tobacco stores from their diplomatic missions, as in the case of the Gambian embassy in London.

Burton told DW that while stringent controls and oversight on diplomatic privileges exist in the West, "rogue states like Iran or North Korea can issue these passports for espionage, criminality, weapons smuggling, money laundering, and intellectual property theft."

Calls for a tightening up of diplomatic status have mostly been ignored, but as more high-profile cases come to light detailing not only the economic cost but also the sheer audacity of those seeking to escape prosecution for enormous financial crimes, campaigners like Transparency International think authorities will be forced to act.

"Our recommendations would be to make sure that there is publicly accessible information about these diplomatic appointments … and a review of the current appointments including the nonpublicized ones," Kelso said.

Not much from Boris Becker's life has been kept private. Still, here are a few details from the tennis star's life you perhaps didn't know. (21.11.2017)