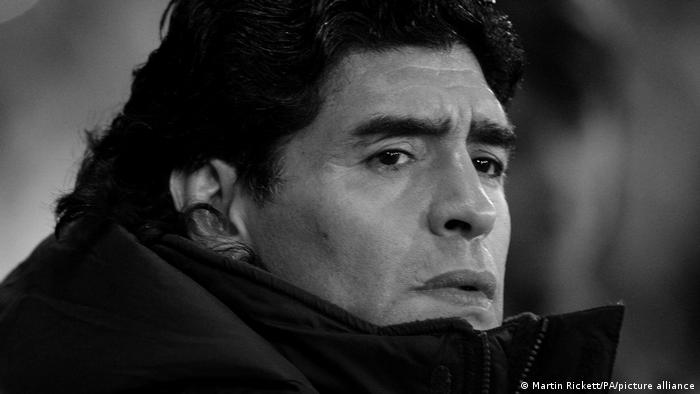 Maradona died in 2020 after a period of home hospitalization

Argentine judicial authorities are set to put eight people on trial over alleged failures in the care of football star Diego Maradona, a court ruled on Wednesday.

The medical staff are to be tried for "simple homicide with probable intention" in relation to the death of the Argentine football legend in November 2020.

What are the defendants accused of?

Prosecutors say it is due to "omissions" by caregivers who abandoned him "to his fate" during home hospitalization.

The eight people under investigation include neurosurgeon Leopold Luque, a psychiatrist, a psychologist, and other doctors and nurses who coordinated Maradona's care.

Prosecutors say mismanagement by the medical team had placed the football legend in a "situation of helplessness."

The accused face sentences ranging from eight to 25 years in prison. The prosecution claims they were "the protagonists of an unprecedented, totally deficient and reckless hospitalization at home"

No date has been set for the trial.

The World Cup winner at Mexico 1986 was widely considered one of the greatest players of all time, particularly for his skill with the ball at his feet.

He was the joint winner of the FIFA player of the century title, alongside Pele.

He died aged 60 in a private residence north of Buenos Aires, a few weeks after undergoing brain surgery. His death sparked a national period of mourning.

The former Napoli, Boca Juniors and Barcelona player was initially hospitalized because of a blood clot in his brain. He suffered from serious health problems for many years, including multiple heart attacks, hepatitis and a gastric bypass due to his issues with his weight.