One of the country's biggest ride-hailing services has been ordered off app stores over "serious violations" related to customer privacy. The decision comes just after Didi's massive IPO. 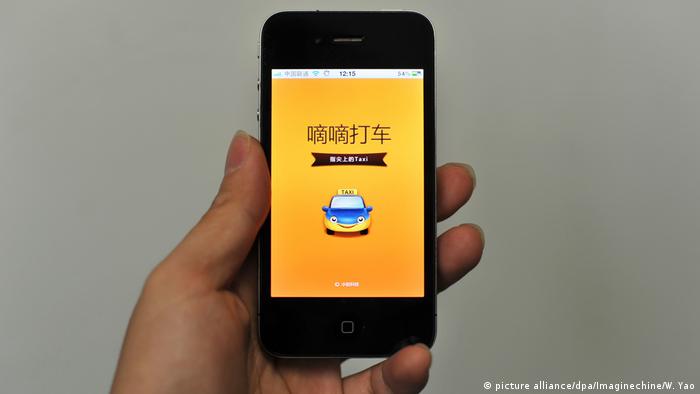 The Cyberspace Administration of China (CAC) said an investigation found "serious violations" in how Didi collected and used personal information.

A statement said Didi was told to "rectify problems." It did not give further details but said the company was barred from accepting new customers until the probe was completed.

Earlier this week, Didi pulled off one of the biggest initial public offerings (IPO) of the past decade, raising $4.4 billion (€4.6 billion) from investors in its New York stock listing.

On Friday, CAC announced that it was starting a cybersecurity review of the company, prompting Didi shares to fall 5.3%.

The timing of CAC's announcements followed the Communist Party’s 100th-anniversary celebrations in Beijing.

In April, the Alibaba Group, the world's biggest e-commerce platform, was fined $2.8 billion on charges of violating anti-monopoly rules.

Didi said it would "strictly comply," without elaborating.

Customers who downloaded the Didi app before the ban can keep using it normally, the company said in a statement on its social media account.

Didi was founded in 2012 as a taxi-hailing app and has expanded to include ride-hailing services with including private cars and buses. The Chinese firm says it's also investing in artificial intelligence and electric cars.