Did Afghan minerals change Trump′s mind about Afghanistan? | Asia| An in-depth look at news from across the continent | DW | 29.08.2017

Going against his election promise, Donald Trump decided to keep US troops in Afghanistan for an indefinite period of time. To what extent is this policy change a result of Trump's interest in Afghan mineral wealth? 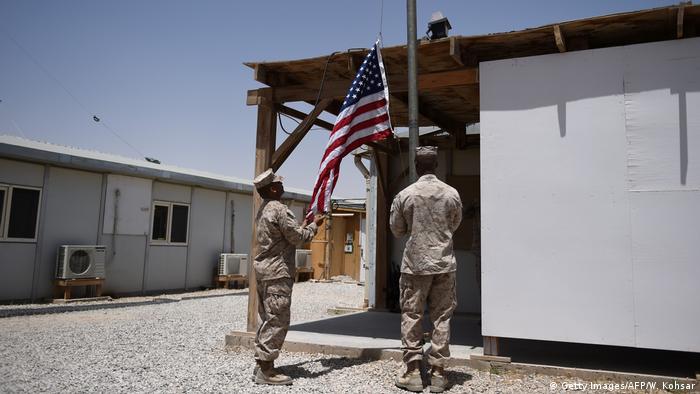 While presenting his much-awaited Afghanistan policy last week, US President Donald Trump said he decided against a complete withdrawal of US forces from the war-torn country purely on his "instinct." The main reason he cited for an indefinite US presence in Afghanistan was, of course, to defeat Islamist terrorists in the country, where the US has been engaged in a bloody war for 16 years. But experts say there is more to his decision than meets the eye.

According to The New York Times, Trump, who was not in favor of sending more American soldiers to Afghanistan, discussed Afghanistan's mineral deposits with President Ashraf Ghani, who "promoted mining as an economic opportunity in one of their first conversations."

"... this could be one justification for the United States to stay engaged in the country," the newspaper reported last month.

"Last week [in July], as the White House fell into an increasingly fractious debate over Afghanistan policy, three of Mr. Trump's senior aides met with a chemical executive, Michael N. Silver, to discuss the potential for extracting rare-earth minerals. Mr. Silver's firm, American Elements, specializes in these minerals, which are used in a range of high-tech products," The New York Times said.

Obviously, the extraction of Afghanistan's untapped minerals would benefit Afghanistan also. And Trump could use this economic opportunity to compensate for a costly war for his country.

Afghanistan's mineral wealth is estimated to be between $1 trillion and $3 trillion. The landlocked country has huge reserves of copper, iron, chromite, mercury, zinc, precious gems as well as gold and silver, and, most importantly, lithium and rare earth elements that are used in batteries. 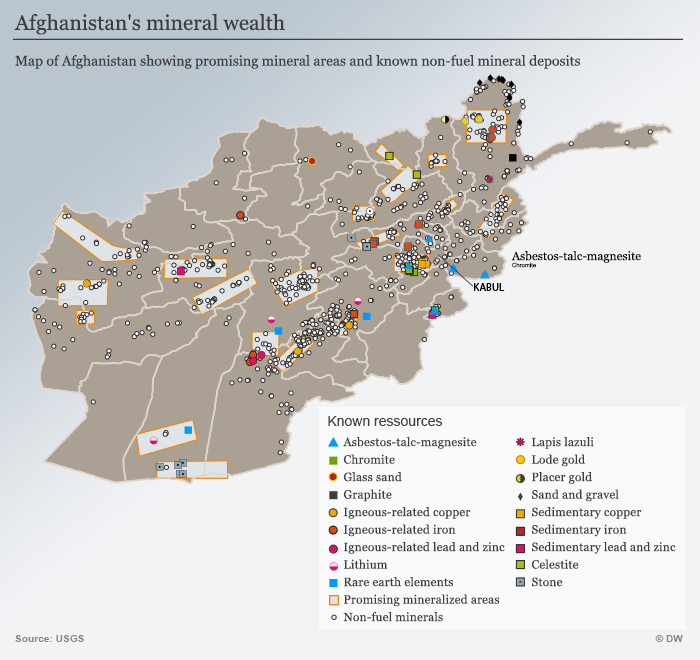 Last week, in a speech welcoming the new US strategy, Afghan President Ghani underlined the importance for a joint US-Afghanistan economic cooperation.

"We need to end the 14-year-long Afghan conflict so that our future generations can benefit from the treasures our country possesses," Ghani said.

Ghani pointed out that Afghanistan's most disadvantaged regions are rich in natural resources and said his government would pay more attention to the mining sector.

Commenting on whether the US and Afghanistan have chalked out a plan for mineral extraction, Mir Ahmad Jawid Sadat, deputy minister of mines and petroleum, says there is no official declaration on that.

"These decisions are made by the highest officials in the Afghan government," Sadat told DW.

"If the US policy on mining is beneficial for both Afghanistan and American companies, it will create more jobs in our country and boost economic growth," Afzali told DW.

"But if President Trump considers our mining sector as 'war booty' and doesn't approach it in a transparent way, it will add fuel to the fire," he said, adding that it could trigger more violence in Afghanistan and more attacks on US troops stationed in the country.

Read more: The war for Afghanistan: Washington’s successes and setbacks

Afghanistan's mineral deposits attracted global interest in 2007 when a report by US Geological Survey declared the country a treasure trove. However, the idea of using Afghan minerals to lift the country out of poverty and war has remained a dream.

The corruption-mired Afghan mining sector is the second-largest source of funding for the Taliban and one of the reasons behind violence in mineral-rich areas. According to a report by the United States Institute of Peace, a bulk of looted minerals is smuggled openly across the Afghan border through government checkpoints.

"If the US starts getting mining contracts in Afghanistan, the Taliban will use it for their propaganda. Islamists will use it as proof that Western countries are in Afghanistan only to plunder its wealth. Moreover, they will not give up on their funding source without a fight," Stephen Carter, the Afghanistan campaign leader for the Global Witness organization, told DW.

Apart from the Taliban and "Islamic State" (IS) jihadists, the Afghan warlords also want their share in the mineral wealth.

"We have tried to prevent armed groups from illegally mining our natural resources," said deputy mines and petroleum minister Sadat. 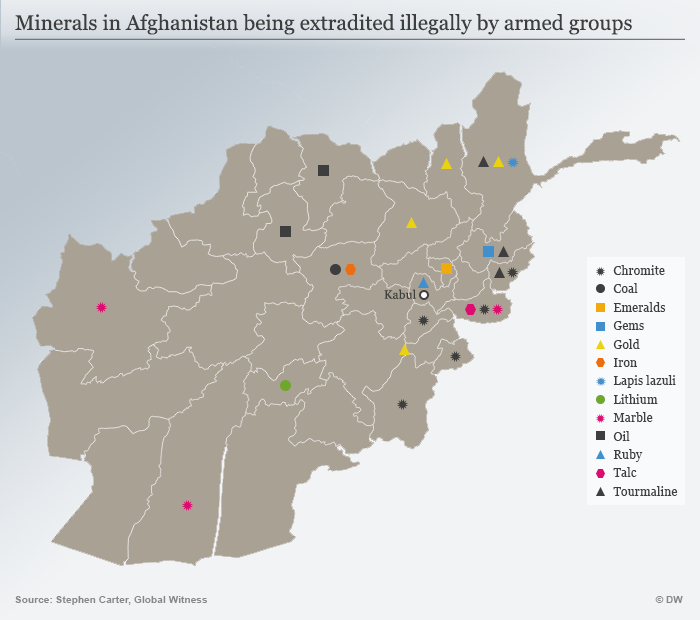 Carter believes a lack of security is not the only obstacle to US-Afghanistan mining cooperation.

"Corruption in Afghanistan undermines the effectiveness of Afghan forces and the legitimacy of the Afghan government. It is a big impediment to any realistic path to stability," he told DW.

"If President Trump wants to change things around in Afghanistan, there needs to be a radical change in the way Washington and Kabul approach governance issues. They need to be given the same importance as military strategies," Carter added.

Despite many difficulties and hurdles, economic experts say the mining sector can help boost the country's economy. But with large-scale corruption across ministries and government sectors, it will not be easy for either Ghani or Trump to tap these resources. A few thousand extra US troops will not be able to change the situation.

At least five people have died and nine people have been injured in a suicide bomb explosion outside a bank in the Afghan capital. The blast happened near the heavily protected US embassy compound. (29.08.2017)