Deutsche Oper Berlin in line for a Grammy

Berlin's largest music theater is nominated for a much-coveted Grammy in the "Best Opera Recording" category. Its entry: the early 20th-century opera "The Dwarf." 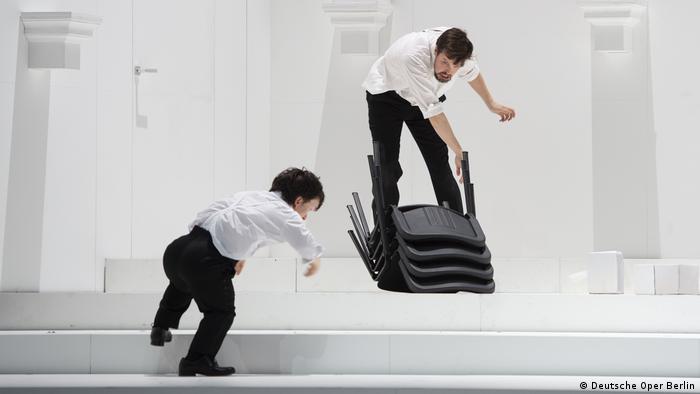 A scene from Tobias Kratzer's staging of 'The Dwarf'

The last time Deutsche Oper Berlin won a Grammy award was in 1966, when the orchestra and choral ensemble received the coveted US music prize for the recording of Alban Berg's Wozzeck with conductor Karl Böhm, featuring star tenors Dietrich Fischer-Dieskau and Fritz Wunderlich, as well as the soprano Evelyn Lear. The recording has remained a classic ever since.

Berlin's largest music theater can now once again hope for a Grammy, which are awarded on March 14.

The celebrated production of Alexander Zemlinsky's fairy-tale opera The Dwarf, directed by Tobias Kratzer, is nominated in the Best Opera Recording category. The conductor is Sir Donald Runnicles, who has held the post of general music director at the Deutsche Oper since 2009. The recording is available on DVD by NAXOS. 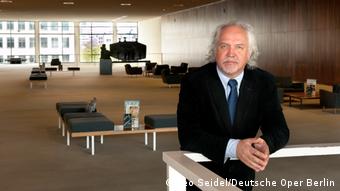 An opera recording conducted by Runnicles — Leos Janacek's Jenufa — was last nominated for a Grammy in 2015. Even though it didn't win, director Christof Loy staged the opera drama about infanticide, guilt and atonement with great subtlety.

The competition in the race for the most important international music prize is strong this year, too. Among others, the New York Metropolitan Opera is represented with its recording of a Gershwin classic, Porgy and Bess. 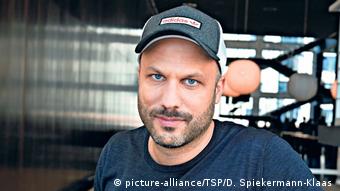 The Deutsche Oper recording, on the other hand, is a rare gem — Alexander Zemlinsky's one-act opera The Dwarf is not part of the standard repertoire of opera houses.

The Austrian-born Zemlinsky composed the work in 1921, based on Oscar Wilde's fairy tale The Birthday of the Infanta. Since the one-act play is just shy of an hour and a half long, it is usually combined with other short pieces. In the case of the Deutsche Oper Berlin recording, Arnold Schoenberg's Accompaniment to a Cinematographic Scene serves as a prelude to the story of the diminutive court jester who is given as a gift to a princess on her 18th birthday. 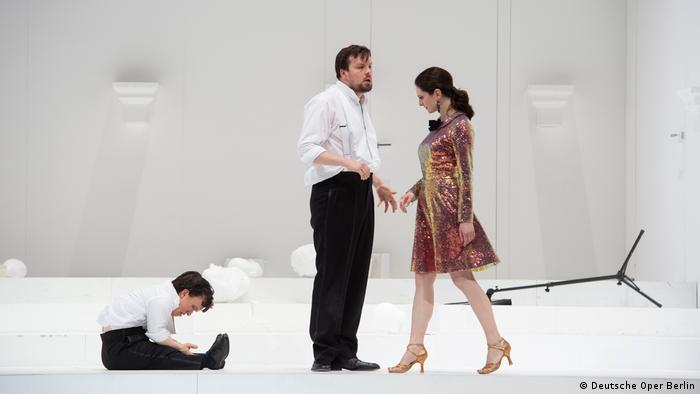 The dwarf, who has a magnificent singing voice (tenor David Butt Philip), is struck by the beauty of the princess and tries to win her heart with song. But to her, he is just a "plaything." He doesn't realize he looks different from everyone else, and no one tells him — until the dwarf sees himself in a mirror for the first time and dies in utter despair.

Birthday party in a concert hall

More than anything else, The Dwarf describes the state of society, says Tobias Kratzer, who was voted director of the year by Germany's Oper! trade journal in 2020. "There is this huge discrepancy between how all the characters see themselves and how they are seen by others, not just the dwarf," he said, as quoted in Deutsche Oper's presentation of the production. "It's about how they want to be perceived, how they think they're perceived — and how others really perceive them."

In his staging of The Dwarf, Kratzer set the story in the present, with the birthday party taking place in a contemporary concert hall instead of a royal palace. At times members of the orchestra are on stage, and the princess (Elena Tsallagova as Donna Clara) and her friends wear stylish outfits. 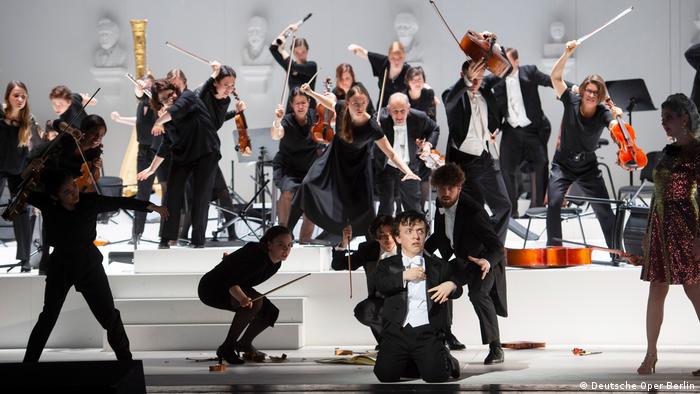 'The Dwarf': The orchestra is on stage at times, too

The lead role is split between a tenor and an actor of small stature. "That is how I translated the inner conflict to a stage situation," Kratzer says — a successful casting trick thanks to a magnificent Mick Morris Mehnert as the dwarf and the extraordinary vocal performance of the US tenor, David Butt Philipp.

The opera house seats 1,859 people and is one of the largest theaters in Germany. Its basic repertoire includes operas by composers Puccini, Verdi, Strauss and Wagner. The Wagner performances in particular ensure its international renown. 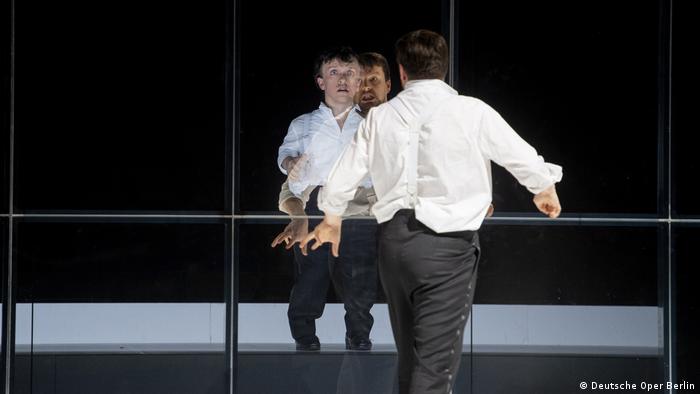 The fatal look into the mirror

The opera house also has close ties to the Bayreuth Festival, and provides most of the musicians for the festival orchestra every year. Wagner's great-granddaughter Katharina staged Puccini's Il Trittico in Berlin in 2006. The Ring of the Nibelung, staged in 1986 by General Director Götz Friedrich, was long considered the reference piece for the interpretation of the Wagner tetralogy.

Now, 35 years later, General Music Director Sir Donald Runnicles and director Stefan Herheim are forging a new Ring: The Rhinegold and The Valyyrie were performed under coronavirus restrictions, and on April 18, Siegfried celebrates its premiere.