Wagner leaves his mark on Germany and beyond

A street, a memorial, a building - should you come across one of the many permanent reminders of Wagner and his work, then tell us about it! Send us a picture and a short description to wagner200@dw.de. 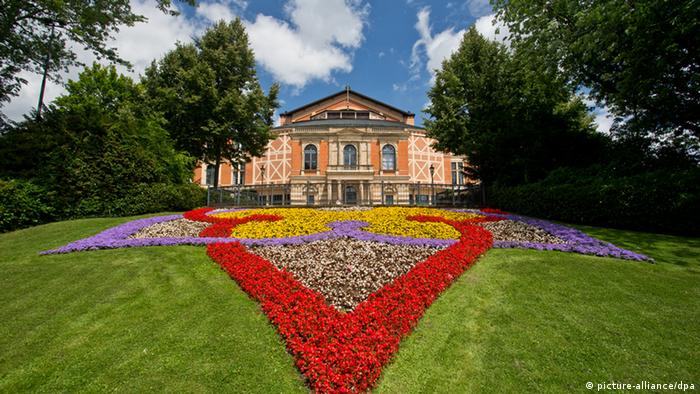 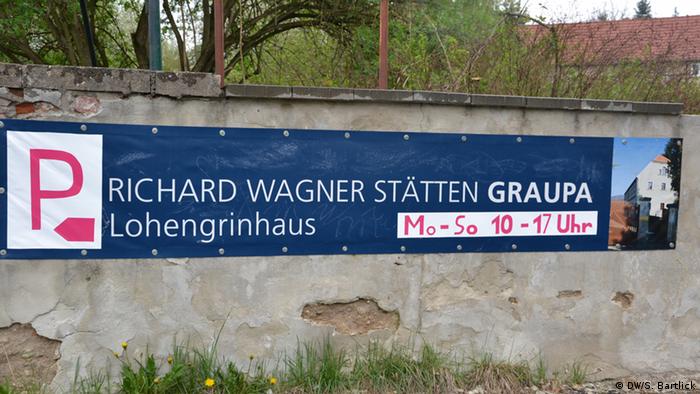 Pointing the way in Dresden

In the district of Graupa in Dresden, there's an old bakery, a few houses and a lot of Wagner. Guests can view the authentically restored rooms where Wagner lived, while a nearby hunting lodge is presenting a modern, multimedia retrospective on Wagner's personal and artistic life in Saxony through 1850. And there's also a meandering little path dedicated to Wagner in the park surrounding the lodge. Wagner for all the senses! 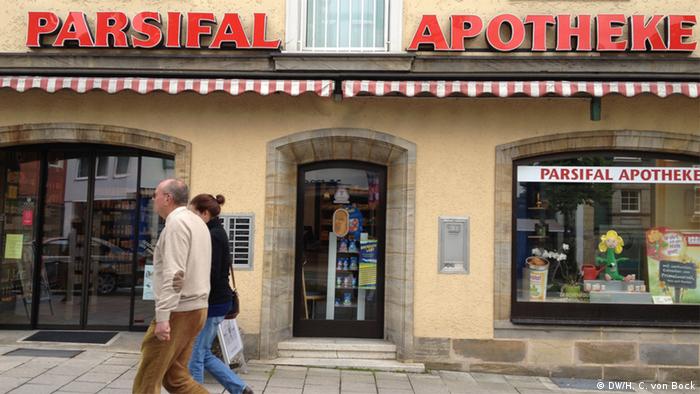 The Parsifal pharmacy in Bayreuth

It bears the name of Richard Wagner's last completed opera: Parsifal. The composer called the work a "Bühnenweihfestspiel," meaning a festival work used to consecrate the stage, and he was present for its premiere in 1882 in Bayreuth. The festival visitors of today can find the Parsifal pharmacy right next door to Bayreuth's train station. Wagner fans can pick up something to calm their nerves or, if emotions run too high during the performances, may even want to stop in to get some treatment for exhaustion. 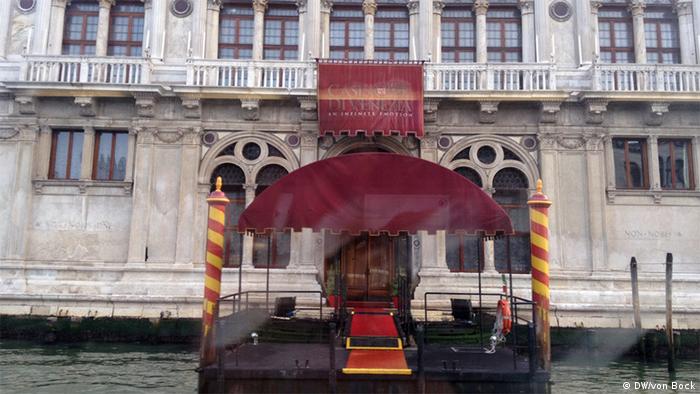 Wagner discovered this gem on the Canal Grande during one of his trips to Venice and was immediately taken with the spot. The maestro decided to spend Winter in 1882 here to recover from the stress of premiering "Parsifal" in Bayreuth. But he had no idea that he would spend the last five months of his life here - a life that ended on February 13 in the Palazzo Vendramin Calergi.

Today the palace houses a casino - a bit of an ironic twist, considering Wagner was in need of money for most of his life. A small plaque serves today as a memorial to the world-famous composer. Since 1994, guests can - with advanced registration - view the rooms where Wagner stayed, including the place where he took his final breath. 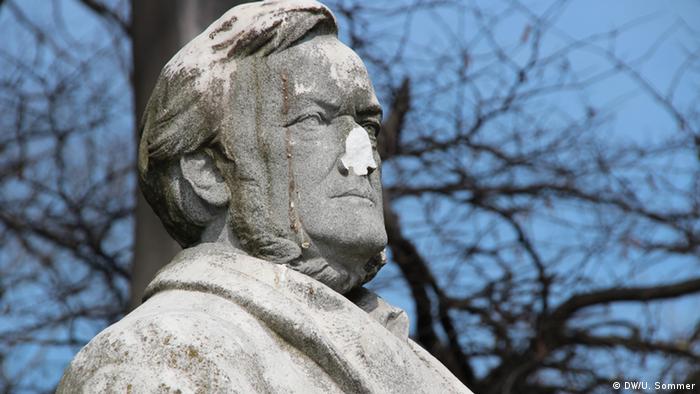 In Venice's park area known as the giardini, good old Richard lost a little bit of his nose this winter. Or maybe Obelix made a little detour to the lagoon city… 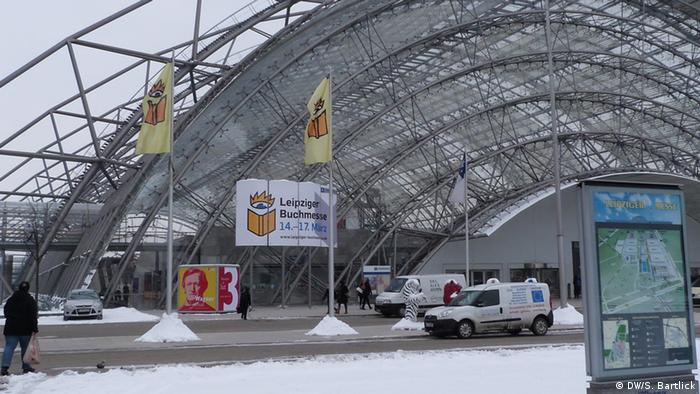 Impossible to visit the Leipzig Book Fair (held in 2013 from March 14-17) without passing him by. Richard Wagner was omnipresent in the exhibition halls too, with innumerable releases on the composer, on his works and his passions, and on the women and the dogs in his life. Books for insiders, the curious, for older and for the very young. Richard Wagner was the unofficial star of this springtime book fair! 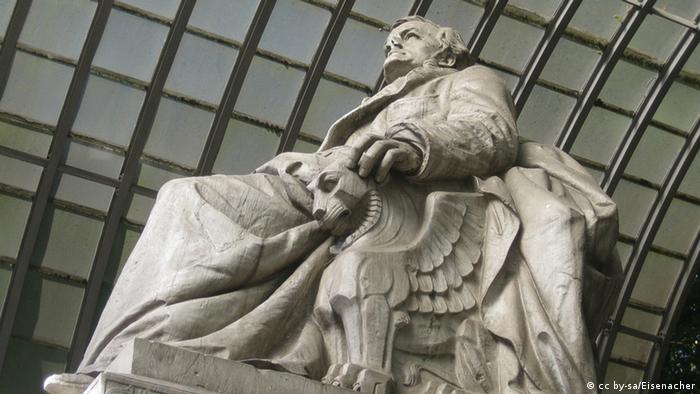 The Richard Wagner Monument in Berlin

The monument in Berlin's Tiergarten was crafted by sculptor Gustav Eberlein from 1901 to 1903 - an enormous sculpture showing the composer in a seated pose. It's located across from the Indian Embassy on a street called Tiergartenstraße and protected from rain and snow by a hefty roof - a fact appreciated by the homeless who often sleep there. 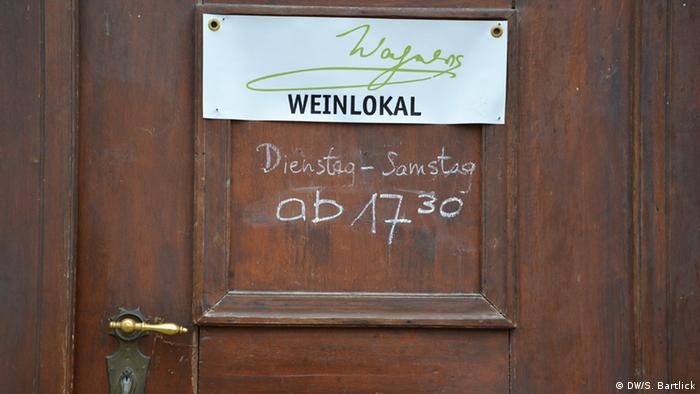 A Wagnerian wine bar in Leipzig

Central Leipzig enchants visitors with its stately architecture, many passageways and lovely courtyards. Tucked away in one such interior courtyard not far from where Richard Wagner's birth home once stood, fans of the composer can find a cozy little wine bar bearing Wagner's name. 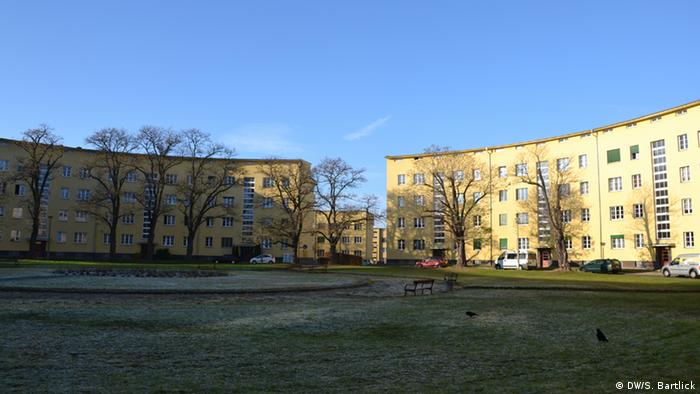 Leipzig's Siegfriedplatz can be found in the middle of the so-called 'Rundling,' normally a circular village settlement typical of the Early Medieval period, but in this case a housing estate in the Lößnig district. It was constructed in 1929-1930 and consists of 24 buildings arranged in three concentric circles. Entrance to the buildings of the two outer circles is via the 'Nibelungenring.' The buildings are constructed in the New Objectivity style; the 624 apartments are designed based on one of eleven different floor plans, come in varying sizes and are all oriented towards light. During renovation of the historical landmarker estate, which took place between 1993 and 1997, five blocks which had been destroyed during World War II were rebuilt. 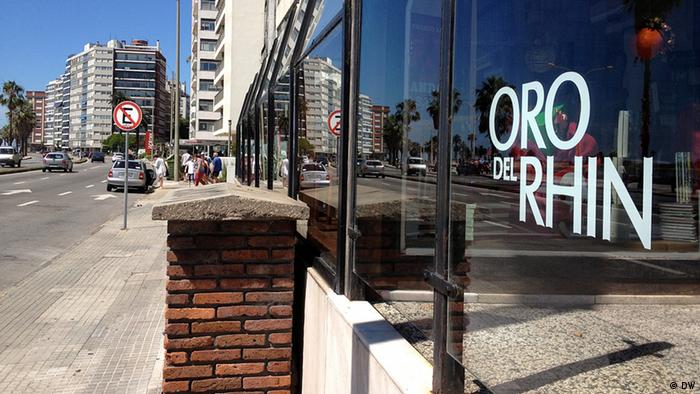 The seafront in Montevideo

"Sun, sea and sand…that's what I expected from my vacation in the city of Montevideo, capital of Uruguay. Quite unexpectedly, I came across a a café directly across the beach with the charming name of 'Oro del Rhin' - 'Das Rheingold' right on the sparkling Rio de la Plata river."

From Samira Schellhaaß in Uruguay 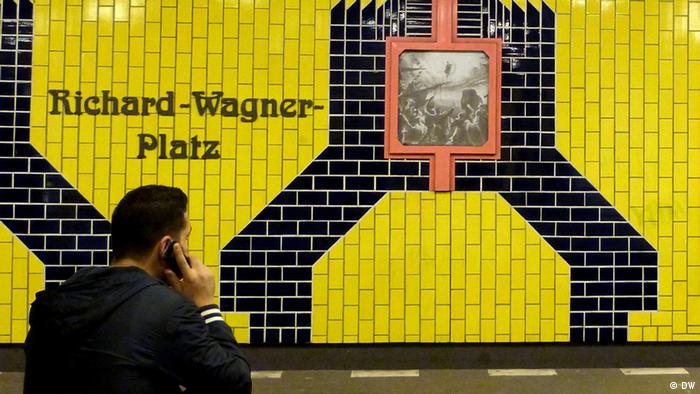 Richard Wagner Platz station, a warm and cosy underground retreat. No wonder that many choose simply to to sit here. Or even to sleep. Throughout the day the station is a hive of activity with hundreds of passengers hopping aboard or getting off the famous yellow subway trains which arrive and depart every couple of minutes. At street level, Richard Wagner Platz isn't a square at all but rather a forbidding crossroads where several busy streets converge. There you'll find a pub, a snack bar, a sports store, a bank…but perhaps more relevant to Wagner is the Deutsche Oper; located only a couple of hundred meters away it regularly stages the composer’s work. 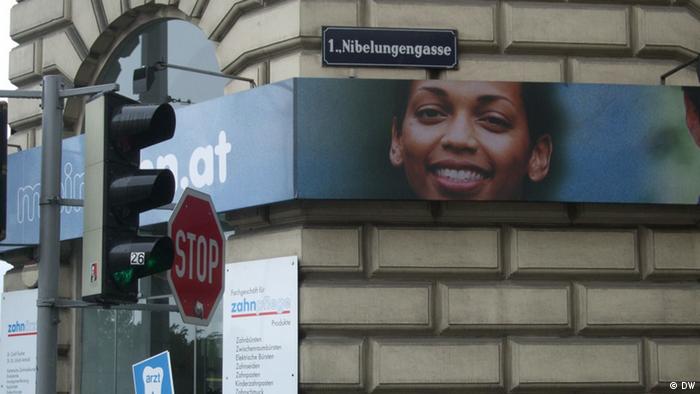 On the way to the Naschmarkt, the city’s most famous permanent market for foodstuffs, with the urban splendour of central Vienna behind you, you’ll see a corner store specialising in dental hygiene products reminding passersby to take care of their teeth. The shop's sign has been erected on the façade above the main entrance and runs around into the Nibelungengasse. The Gods singing about whether the Germanic heroes given a thought to their oral hygiene is something even Wagner couldn't have dreamt up! 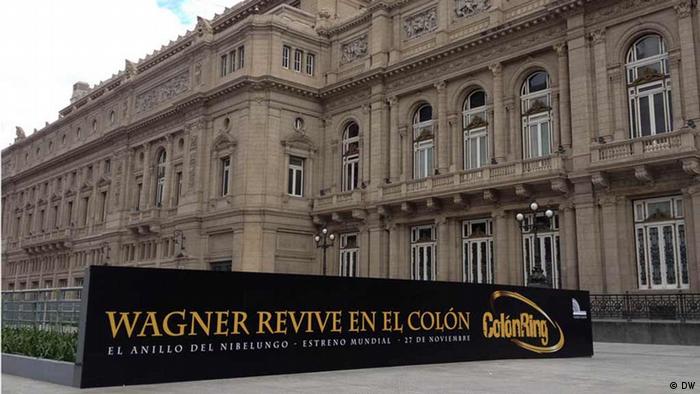 Toscanini, Furtwängler and Karajan conducted here, Lauritz Melchior, Lotte Lehmann and Kirsten Flagstadt sang some of the greatest works of European opera culture…and time again there was Wagner. 1923 saw the first complete performance of Wagner’s Der Ring des Nibelungen at the Teatro Colón in Buenos Aires and in advance of Wagner’s anniversary year in 2013, a condensed, one-day version was performed on November 27 2012, directed by Valentina Carrasco and conducted by Roberto Paternostro. The premiere of the Colón Ring took place on November 27 2012. 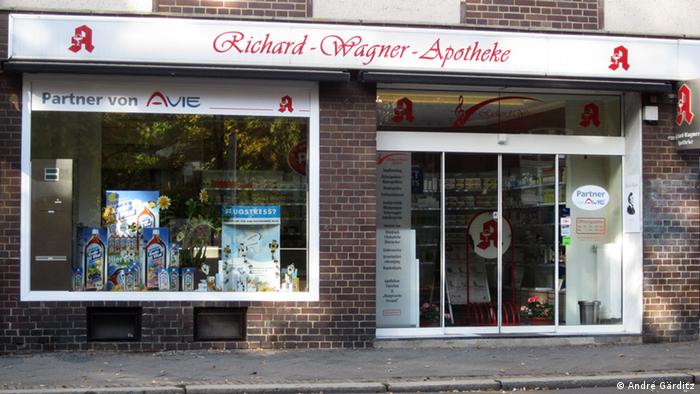 "Just around the corner from where I live is the Richard Wagner Pharmacy. It’s in south-west Leipzig and has been there ever since the GDR times. Because of it’s central location, it’s always very busy. It’s not for nothing that this pharmacy lies on the edge of the so-called Meyersdorf in the middle of Leipzig, something that’s recalled by a particular welcome the customers receive from the pharmacy staff. Longer waiting times for subsequent customers are therefore quite possible while the pharmacist and customer discuss “important” everyday issues. But at least here they still have a sympathetic ear for the concerns of their patrons.”

From André Gärditz in Leipzig 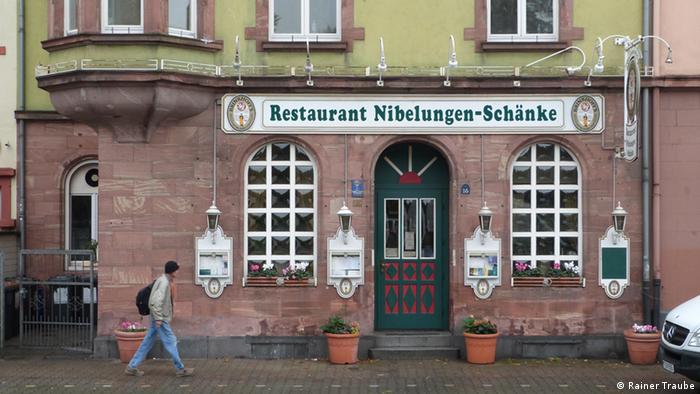 We know a lot about the Nibelungen; how they love, hate, integrate and kill. But what Siegfried and co. had on their daily menu is something we’ll not learn much about in Wagner’s major musical drama. For example, it’s unlikely the Nibelungen tucked into lamb burgers with grilled peppers and yoghurt dip. In this eponymous bar in the north of Frankfurt, the speciality is not old Franconian cuisine; despite the evocative name and the classic façade, it’s actually a Greek restaurant.