Some bankers say an ongoing discussion in Germany over capitalism is harming the country's image. But recent events at Deutsche Börse have lent the anti-capitalists support. 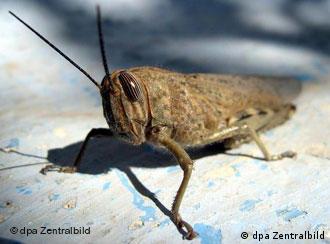 Back to eat up some more capital?

A senior governor of the European Central Bank on Tuesday criticized a top German politician for comparing some foreign investors to locusts, and a venture capitalist said the charge was harming Germany as an investment location.

But people who support the chairman of the ruling Social Democrats, Franz Müntefering, point to the management shakeup this week at Deutsche Börse as representing exactly the kind of havoc foreign investors can wreak. 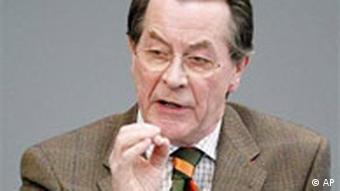 Müntefering caused a stir last month when he said some foreign capitalists were chewing up German companies like locusts with no thought for the jobs they destroy. Because Müntefering made the comment in the run-up to state elections, it was widely seen as a play for votes from the SPD's core working class electorate.

Nonetheless, the "locust" comment sparked a loud and wide-ranging debate that has included everything from attacks on management pay and calls to boycott firms that sack workers, to condemnations of the remarks as anti-business and even anti-Jewish in tone.

'Why are we having this discussion?'

"I do not understand this discussion. We need companies that make profits. We know that only companies and corporations are able to create jobs," the Austrian ECB governor said.

"This is not done by politics. Political life can only give you the framework. (Job creation) is done by the corporate sector. I do not understand how, if you want to be attractive to foreign investors, why you have a discussion like that in Germany."

He added: " I hope they know what they are doing. But I am not quite sure."

Earlier on Tuesday, the German Private Equity and Venture Capital Association told reporters that Müntefering's remarks were unhelpful to those trying to promote Germany as a place to invest.

"It is certainly not helping to improve its attractiveness," association head Thomas Pütter told a conference in Frankfurt. 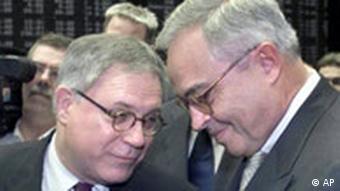 Yet the ousting this week of Deutsche Börse CEO Werner Seifert and another board member under pressure from foreign shareholders was seen by Müntefering supporters as an example of the disturbing power of foreign investors.

"That these investors evidently can wield such power confirms our fears," said Joahim Poss, a senior SPD official. 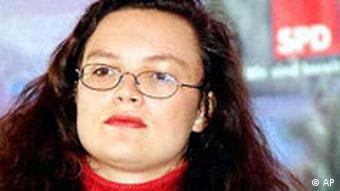 "No one can see from the outside precisely what happened. That's what makes it so uncertain and what affects the judgement of the situation," he said at an event in Stuttgart. "All I can do is point out that it is important that financial funds -- hedge funds for example -- that operate here, should be as transparent as possible," he said.

Critics of Müntefering say Germany needs more foreign investment and point out that private equity firms are often the only alternative left to companies desperately in need of capital to survive.

"Private equity is the capital market's answer to the need for change in an economy. An economy should make use of private equity," said Puetter.

The resignations of Deutsche Börse's chief executive and chairman this week have reignited speculation of a possible tie-up between the operator of the Frankfurt stock exchange and its French-led arch-rival, Euronext. (May 10, 2005)

Two top executives of the German stock exchage lost their jobs in a struggle with shareholders over a failed takeover bid for the London Stock Exchange. (May 9, 2005)

How much capitalism is too much? The debate has taken on a particularly strident tone in Germany, but it also rages on in many other European countries (May 4, 2005)