Destination Germany for Syrian refugees in Europe | Europe | News and current affairs from around the continent | DW | 28.11.2014

Ali Najaf and his family fled from civil war in Syria to Bulgaria and eventually to Germany in search of a better life. Krasimir Yankov reports on a Syrian refugee making his way from Sofia to Eisenhüttenstadt. 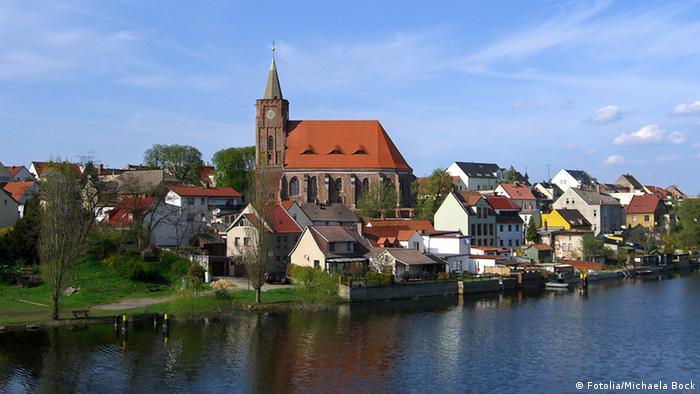 For part 1, on Ali's flight from Syria and his experiences in Bulgaria, click here.

For Ali and his family, Nikolai Tchirpanliev's assessment was accurate.

"I want to go to Germany, because they give you support and pay for your education. I want to finish my degree and then bring my love from Syria, so I can start a family," he said in early June while living in the city of Kazanlak, awaiting Bulgarian travel documents.

Many other refugees decided to make the same journey. In the first eight months of this year, Germany registered some 3,850 Syrians who first showed up in the EU's fingerprint database for asylum-seekers in Bulgaria, according to the Interior Ministry in Berlin.

Ali was keen to go to Germany partly because he had an uncle already living there. But making the trip was not easy. First, he needed the paperwork from the Bulgarian authorities - a process which he says took eight months.

The State Agency for Refugees grants asylum documents for three or five years. Ali was lucky - he was granted the five-year version, which allows travel anywhere in the EU without a visa.

EU rules are meant to stop people who claim or obtain asylum in one EU country from then going to live in another.

Those such as Ali who receive refugee status in one EU member state are meant to remain there. They are not meant to reapply for asylum in another EU country.

Bribes at the border

But Ali decided to go to Germany anyway and lodge an asylum claim there.

Worried by media reports about Syrians being turned back at the border, he did not buy a regular ticket at the airport or the bus station. Instead, he paid a smuggler who was well known for taking people from Bulgaria to Germany. Hence his trip to the Ladies' Market in Sofia.

Ali had to borrow money from relatives and friends for his trip. The journey took 35 hours in an old red minivan carrying eight people and cost 235 euro ($292) per person, including small bribes on the Romanian and Hungarian borders, Ali said. 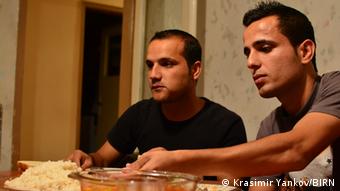 "We got really scared at the border but the driver handled everything really well. We just gave him the money and he handed it over to the border guards. No questions asked," he recounted, waiting for dinner at a reception center in Dortmund a couple of days after arriving in Germany.

After a day there, the Najafs were transferred to the small town of Eisenhüttenstadt in eastern Germany, where they would be interviewed about their asylum applications.

Initially, Ali planned to say he had been fingerprinted in Bulgaria but never received any documents. He changed his mind, however, and decided to admit he threw away his Bulgarian papers on the highway. He hoped his story of capture by Islamist militants would persuade the German authorities to give him asylum anyway.

"I want political asylum, so I will be honest," he said.

Aisha Hajjar and her husband, Farid, who come from the destroyed Syrian commercial capital of Aleppo, say they also tried to be honest, but it has not helped them.

They and their three children, a boy aged 12, a teenage girl and a daughter in her early 20s, arrived in Bulgaria shortly before Ali in October 2013, using the same route.

Aisha and Farid and their two younger children travelled to Germany in February, registered in the same Dortmund center and were sent to the small town of Gelnhausen, near Frankfurt. Besan, their 21-year-old daughter, initially stayed in Sofia, as she had a job there, but joined the family in April.

Life in Gelnhausen, a picturesque town with neat white-walled, timber-framed houses, is much better than it was in Bulgaria, where asylum seekers receive 65 lev (about 33 euros) a month from the state while staying in the camps.

German authorities have given the family a two-bedroom apartment in a building that houses other refugees. The state pays the rent and gives them a total of about 1,100 euros per month for groceries and other expenses. 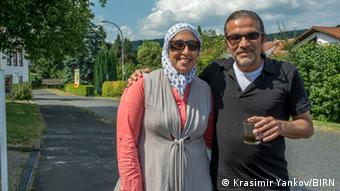 Aisha, a kindly woman in her 40s who wears a veil and often speaks about the virtues of Islam, divides her time between cooking for her family and browsing religious pages on Facebook. Zakariya, their son, spent the summer on his tablet or at the local swimming pool.

Besan, who has an infectious laugh and rattles off question after question in conversation, met a young Syrian man who asked her father for her hand in marriage. Farid, a calm man in his 50s with shoulder-length graying hair, agreed.

But a letter in June from Germany's Federal Office for Migration and Refugees cast a shadow over their new life. Their asylum request had been denied as they had already made a successful application in Bulgaria.

Spending more than 1,000 euros on a lawyer did not help; a court rejected their appeal against the decision.

"Now they can send us back to Bulgaria at any moment," Aisha said in the kitchen of their apartment, playing anxiously with her fingers.

A life in uncertainty

In reality, people often avoid being sent back from Germany to the country where they first sought asylum. Between 200 and 300 asylum claims were rejected in the Gelnhausen area in the first half of this year. Most applicants were told they must go back to Italy. However, only one has actually been sent back, according to a local official.

"And when two or three or four, or 10 or 20 or 100 will be sent back to Italy, they come again - they come back to Germany," said the official, who spoke on condition of anonymity. "Then the same procedure will begin from the start."

Last year, Germany sent Syrians back to Bulgaria in just seven cases, according to the German Interior Ministry. Those cases were handled under the EU's Dublin Regulation, which covers people who apply for asylum in one country and then move to another. 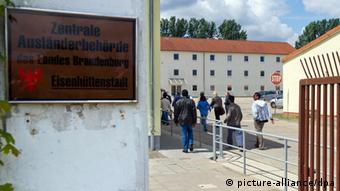 In Eisenhüttenstadt, Ali is hopeful Germany will allow his family to stay

Implementation of that measure has been low for legal, bureaucratic and political reasons, according to migration experts.

People such as Ali and Aisha are in another category - they have already been granted asylum by one EU country and are allowed to stay in another EU state for up to three months as tourists. After that, Germany can try to send them back to Bulgaria, although they may be able to take legal action to avoid this, arguing that their human rights would be violated.

So, families such as Ali's and Aisha's must live with uncertainty, as well as with the stress and sadness of being war refugees far from their homeland.

'End of the road'

After a month in Eisenhüttenstadt, Ali praised the respect he has received from the German authorities, but said he felt people were colder than back home. He had decided to put his plans to study on hold and was missing his girlfriend.

"Now I want to get asylum and find a reputable job, so I can bring her here and we can get married. Then I can finish my studies," he said in a Facebook message.

But one thing has not changed: his resolve to stay in Germany, even if his asylum application is rejected. "This is the end of the road," he insisted. "I'm not going back."

This story was reported as part of Balkan Fellowship for Journalistic Excellence, an initiative of the ERSTE Foundation and Open Society Institute, in cooperation with the Balkan Investigative Reporting Network.

Europe's judges have tried to make sure that fewer asylum seekers will land in jail. But German legislators are working to overturn the matter, and one Berlin Jesuit fears the consequences. (14.11.2014)

How Europe is failing Syria's refugees

Even before Europeans voted last month, Syrian refugees seeking sanctuary in the EU fortress were likely to hit a high wall. And anti-immigration sentiment on show at the polls has not helped lower the drawbridge. (20.06.2014)