Deshchytsia: ′Ukraine election a chance to renew ties to Russia′ | Europe| News and current affairs from around the continent | DW | 21.05.2014

Deshchytsia: 'Ukraine election a chance to renew ties to Russia'

Ukrainian acting Foreign Minister Andriy Deshchytsia expects Russia to recognize whoever wins this weekend's election. He also told DW that he thinks he will live to see Ukraine join the European Union. 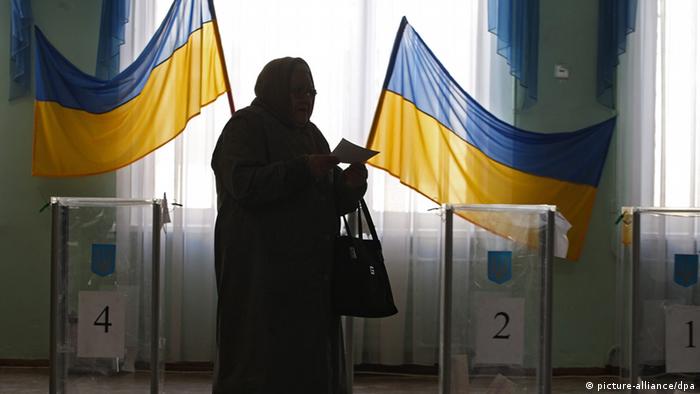 DW: What is the role of the round-table talks for a national dialog in Ukraine?

Andriy Deshchytsia: The round-table talks are a place to discuss the questions that are on Ukraine's agenda right now: reforms of the constitution, of the local self-administration and of the economy, and reforms to fight corruption. We are convinced that such round-table talks need to be held in all regions of Ukraine - starting in the east, as has already happened, and ending in the west. This way, people can make their views and suggestions on how to improve legislation heard. 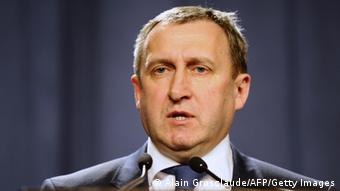 What could be done to de-escalate the situation in Ukraine's eastern regions? How would you assess the role of oligarchs like Rinat Akhmetov?

I think the situation in eastern Ukraine can be dealt with fairly quickly, as long as the extremist groups are not be supported by Russia. In the Ukrainian population, there's practically no support for these groups. If there's neither financial, nor technical support, including arms deliveries, such factions won't be able to sustain themselves very long. The fact that Mr. Akhmetov spoke out against these separatist groups is, of course, a positive signal.

How could the relationship with Russia be normalized in the long term?

In the long term, we have to transition to bilateral contacts and develop bilateral relationships. Right now, unfortunately, that isn't working out. Our contacts run through partners in the Geneva talks or intermediaries in the European Union.

Can the upcoming presidential elections on May 25 help to create a dialogue between Kyiv and Moscow?

I think that's a good occasion to renew our relationship with Russia. If Russia acknowledges the election and the results as democratic, no matter who wins, it will be a good opportunity for Russia to open talks with the new Ukrainian president and with the government.

In recent months, Russia has emphasized that it cannot develop a relationship with Ukraine, because the government is illegitimate. When the president and the government are elected in democratic elections, why would you not acknowledge them and take up relations with them?

Do you see the Ukraine becoming an EU member state in the foreseeable future?

Yes. I believe that I'll see the Ukraine as an EU member - not in my term but in my lifetime. We're in close talks with the EU. The past months have shown that we agree on many issues. The most important factor is that the Ukrainian government, parliament and society want to join the EU. More than 60 percent of the population supports this. If we continue this effort, we can count on a membership in the foreseeable future. Of course, this also depends on how the EU sees Ukraine - in a positive light, I hope.

Talks meant to pave the way for next weekend's presidential election in Ukraine have broken up without tangible results. Criticism of Kyiv from Russia and eastern separatists continues. (17.05.2014)

Andriy Deshchytsia, Ukraine's interim foreign minister, has appealed for "preventative sanctions" against Russia in an interview in the German press. Deshchytsia will visit Berlin on Monday. (17.05.2014)