Ballots or barricades for Ukraine voters? | Europe | News and current affairs from around the continent | DW | 19.05.2014

Ballots or barricades for Ukraine voters?

Roughly 36 million Ukrainians will be called on to vote on May 25, and the polls says that 80 percent of them plan to. But observers on the ground fear that many in the east will never reach the ballot box. 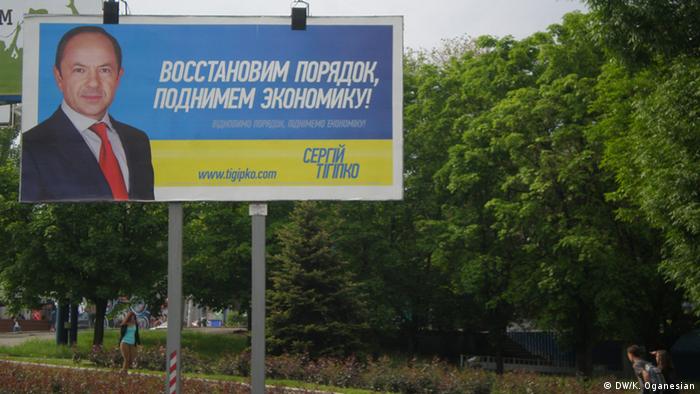 If a new Ukrainian president is elected on May 25, Barbara Weiler will be on hand. "We're observing the field - for example, what happens at the polling stations, whether banned ads have been made for a candidate, or whether there's a dispute or clashes," said the German Social Democratic politician and member of the European Parliament. "Then we'll look at everything else, like the voting booths, the ballot boxes, the voter lists. We're also going to the mobile ballot boxes." 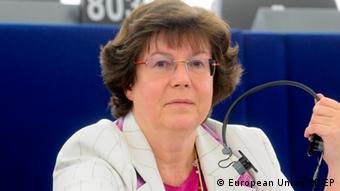 MEP Barbara Weiler is heading to Ukraine to observe the election

Weiler is an electoral observer for the European Parliament, and she's trying - together with six other parliamentarians - to ensure elections are carried out properly, assuming they take place at all.

Less than a week before Ukraine's presidential elections, it's still uncertain whether access to voting stations can be facilitated at all. The election commission in Kyiv has spoken of massive problems in the embattled east of the country.

Due to fighting between government troops and heavily-armed pro-Russian separatists, the government says many areas have not even been able to begin preparations for the election, with current conditions making it impossible to hold a fair vote in the eastern Ukrainian provinces of Donetsk and Luhansk.

The result? The Ukraine government warns that without decisive action from security forces, nearly two million voters could be prevented from voting.

"I'm worried that it could be that way," says Weiler. "Unless something significant changes in eastern Ukraine in the coming week, we can't guarantee that things will run as democratically as they should throughout country."

There have already been a few disruptions to her work. The EU's foreign ministry has placed restrictions on its observers, with trips to eastern Ukraine canceled; also struck from the list was Odessa, the southern Black Sea port city that recently made headlines when 48 died during street clashes and a subsequent fire.

"I'm assuming that the OSCE is going to visit the east. If that's not ensured things will look bleak," Weiler said. That would make an impartial assessment impossible. 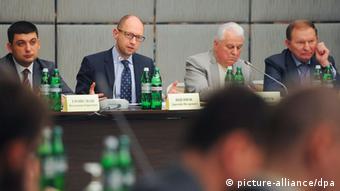 The roundtable talks have been criticized for not including separatist representatives

In addition to EU parliamentarians and OSCE representatives, there will be other observers in the country as well - either from national parliaments or the Council of Europe, a non-EU international organization.

At the diplomatic level, progress in Ukraine remains elusive. Interim Prime Minister Arseniy Yatsenyuk, German diplomat Wolfgang Ischinger, two previous heads of Ukraine, as well as representatives from eastern Ukraine met Saturday evening (17.05.2014) in Kharkiv. The separatists were not invited, and the roundtable came to an end without significant developments.

Still, the talks were more open this time, said former Ukraine President Leonid Kravchuk, with opposition representatives present from regions with heavy Russian influence. The acting prime minister spoke of introducing special protections for the Russian language and a "decentralization of power."

For Gabriele Baumann at the Kyiv branch of Germany's Konrad Adenauer Foundation, the talks were a step in the right direction. "There aren't any results that lead directly forward," she told DW. "It's rather the beginning, or the continuation, of dialogue between the varying political powers." She also noted that it was unclear how much the roundtable can affect the election.

Germany's Economy and Energy Minister Sigmar Gabriel is one of many German politicians to have spoken of further sanctions against Russia should the elections collapse.

Not contingent on turnout

In spite of pessimism in many places, the mood in Ukraine's capital isn't gloomy. 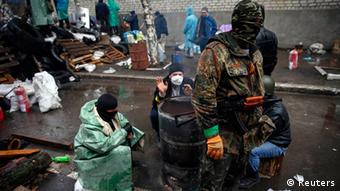 Clahes continue in Slovyansk in the Donetsk province

But even if millions in eastern Ukraine are prevented from voting, new laws have been introduced in Kyiv to ensure the election is credible. "Even if many people in Donetsk or Luhansk can't vote, the elections will still be valid," Bauman said.

Weiler, however, is more pessimistic. "If the situation escalates in the middle of next week, the whole election could end up being blown off," she said. If that happens, Ukraine will have lost an important step towards peace.

Who are Hunter Biden's Ukrainian bosses?

The appointment of Joe Biden's son to the board of Ukrainian gas firm Burisma has raised eyebrows the world over. The names of the company's actual owners are being protected like state secrets. (16.05.2014)

Russian activists take the fight to the police

In Russia, a small number of activists are working to eradicate police brutality and make people aware of their rights. Natalia Taubina of Public Verdict Foundation talked to DW about the challenges. (17.05.2014)

Ukraine says fighting in the eastern regions of the country is at its fiercest level yet as Russia seeks gains. Meanwhile, Moscow says it will help tackle a global food crisis, if sanctions are lifted.

Ukraine: Boris Johnson in Kyiv meeting with Zelenskyy — as it happened 09.04.2022

Boris Johnson made an unannounced visit to the Ukrainian capital. US and UK officials have warned of increased Russian attacks in the east after a deadly train station strike.