Space in Copenhagen is limited, so the Danish government wants to reclaim land from the sea around the capital city. The head of the country's employers' association says it could help create a "European Silicon Valley." 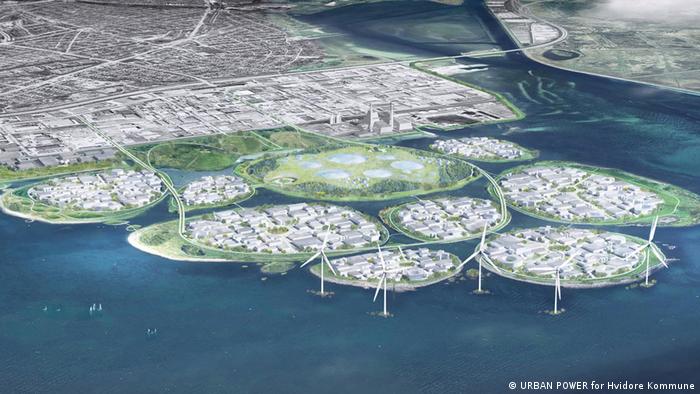 The Danish government revealed plans on Monday to build nine artificial islands by 2040 to house a new industrial zone off the southern coast of Copenhagen.

Dubbed Project "Holmene," the islands are designed to bolster the capital's attractiveness in the eyes of international businesses and could result in the creation of some 12,000 jobs, Interior Minister Simon Emil Ammitzboell-Bille said.

"We will stand stronger in international competition to attract business, investment and highly qualified labor," he said.

The government said the project, which still requires parliamentary approval, would alleviate a shortage of land in the Danish capital, by creating:

The government hopes to begin construction on the first islands in 2022. It would finance the endeavor by selling plots on the islands, Business Minister Rasmus Jarlov said.

The head of Denmark's employers' association, Brian Mikkelsen, welcomed the plan. He told Denmark's TV2 television that the islands could spur the emergence of a "European Silicon Valley."

One of the nine islands is designed to house a waste conversion plant, which would transform refuse from the capital into biogas, as well as hold cleaning waste water and store energy from windmills.

Bulgaria's IT industry is booming and women are playing a key role: Around half of the people working in the country's technology sector are women. It is becoming an incubator for startups — with a female touch. (18.05.2018)