Bulgaria's IT industry is booming and women are playing a key role: Around half of the people working in the country's technology sector are women. It is becoming an incubator for startups — with a female touch. 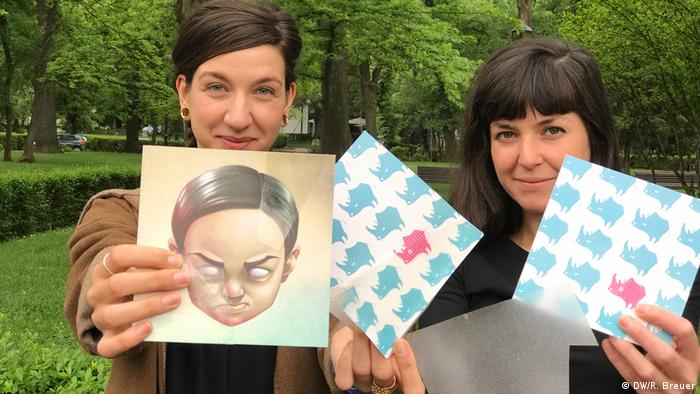 One year ago, Angela Ivanova and Gergana Stancheva (pictured above) founded the startup Lam'on. They are developing a type of biopolymer-based paper lamination that is environmentally friendly and biodegradable. "Our product is used by the same machines that normally use regular laminating film," the two said. "The customer hardly notices a difference. However, lamination films that are currently in use are made of polyethylene, which is toxic for the environment and human beings alike."

Over 80 percent of the startups in Bulgaria are developing products and services that will go on the international market. Stancheva and Ivanova want to have their product made in the country, where conditions for startups are very favorable. For now, they're focusing on Germany as a primary sales market: "Bulgaria is trailing behind when it comes to protection of the environment. There are no policies in place which pertain to it. The majority of the people don't think about how they can help protect the environment. But we've gradually noticed a change of thinking among people around us." After breaking into Germany, they hope to sell their product in Bulgaria further down the line.

If statistics are anything to go by, their chances are excellent: "Companies with women in charge achieve results that are 63 percent more positive compared to companies led by men," Bulgarian EU Commissioner for Digital Economy and Society Mariya Gabriel told DW. 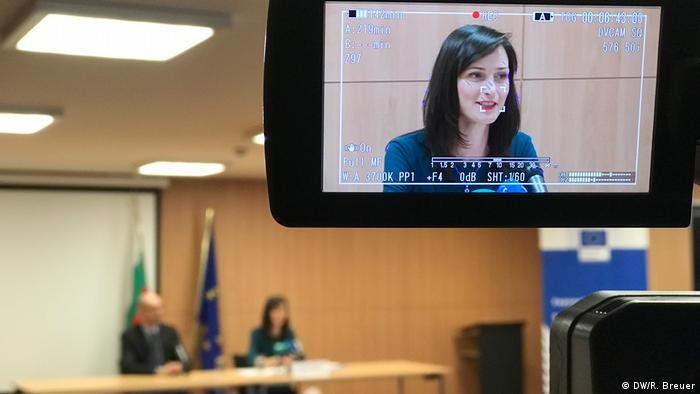 Bulgaria has taken the lead in Europe with respect to the proportion of women working in the information and communication technology sectors. Nearly 26.6 percent of employees in the industry are women. Germany — at 16.6 percent — lags far behind.

"The IT sector in Bulgaria developed in the 1960s. There were a large number of electronics and software companies in which women and men were working," said Sasha Bezuhanova, the founder of the Bulgarian Center of Women in Technologies. Because of that tradition and because of the role models for women in the fields of engineering and science, girls in Bulgaria today are following in their mothers' footsteps. "This is one of the reasons for the high proportion of women in those professions," Bezuhanova said.

Having been active in Bulgaria's IT sector for more than 20 years, Bezuhanova is a role model for many women. Despite the positive situation in Bulgaria, however, she stressed that "we cannot rest on our laurels."

Read more: How to attract more women to the tech industry

"Across Europe, we have a shortage of 350,000 engineers," Bezuhanova said. "By 2020, that figure will have risen to 500,000. The easiest and quickest solution to this problem is to actively enlist well-educated women, to have them working hand in hand with men, and working without prejudices and restricted territories which, sadly, still exist." 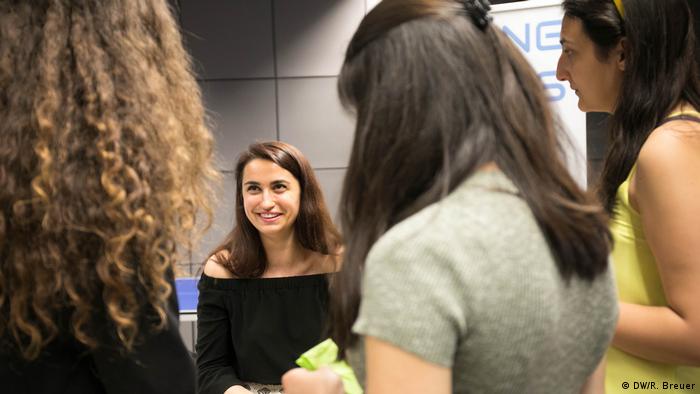 Anna Radulovski is the founder of 'Coding Girls'

Anna Radulovski, who is in her mid-20s, is a frequent speaker at tech conferences, where she discusses diversity in the industry. She has just returned from Luxembourg. "There are stereotypes which are established during childhood, for example through toys given to children," she said. "Girls get pink dolls, boys get Lego plastic bricks and toy cars." Without being aware of it, people handed down stereotypes to the next generation, Radulovski explained. This is known as "priming," which lays the foundation for the child's future professional orientation.

A year ago, she set up "Coding Girls," and since then she has been busy organizing workshops that deal with all aspects of computer programming. Teachers are both men and women. That goes for participants, too, but girls take priority. "Demand is great," Radulovski said. "When we set up the first class there were so many applicants that we had to divide it into two."