German-Turkish journalist Deniz Yücel says that he was tortured during his near year-long detention in Turkey. In court testimony seen by DW, he holds Turkish President Erdogan personally responsible for the abuse. 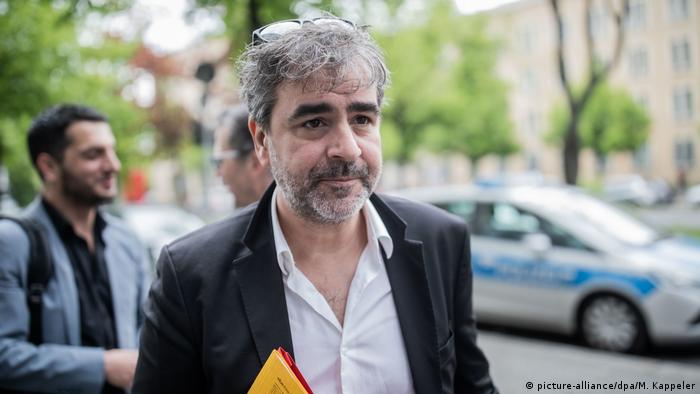 For the first time since being released from Turkish custody, German-Turkish journalist Deniz Yücel spoke about the torture he experienced while being held in pretrial detention at a prison near Istanbul.

Testifying before a Berlin district court on Friday, Yücel spoke about the physical and psychological violence he experienced during his near year-long detention in the prison

The testimony that he gave in Berlin is part of an ongoing trial against him in Turkey, where prosecutors have recommended an 18-year prison sentence. A Turkish court recently ruled that Yücel, a 45-year-old former Turkey correspondent for the Germany daily Die Welt, is allowed to testify while in Germany.

Yücel spoke in Turkish while reading out his defense statement, telling DW ahead of his testimony that he chose to do so in order to prevent "deliberate mistakes being made in the translation." DW has published his testimony in Turkish.

'Speak or I'll rip out your tongue'

Yücel testified that he was "tortured for three days" during his pretrial detention in the maximum security Silivri prison, where he was held from February 2017 until February 2018.

A group of around six prison guards repeatedly insulted and threatened him, calling him a "traitor to the fatherland" as well as a "German agent."

They also repeatedly told him to walk with his head bowed down and to greet the trashcan. One time, the group of guards raided his prison cell without the presence of police, who are supposed to be present for such searches. During the raid, they forced him to throw away any newspaper clippings he had and continued to insult him.

In addition to verbal insults, Yücel told the court that he was also exposed to physical violence, including blows to his feet, chest, back and the back of his head. The assaults always took place where no cameras were installed.

In a library at the prison, one of the guards punched Yücel hard in the face. Another guard threatened him, saying: "What are the Germans paying you to betray your fatherland? Speak or I'll rip out your tongue."

'This was a case of torture'

Yücel said that there was no doubt in his mind that the abuse he suffered in prison amounted to torture.

"The extent of the violence was not too great; it was less about inflicting physical pain than about humiliating and intimidating me. Perhaps they wanted to provoke a reaction out of me. But even so, this was a case of torture," he said.

The psychological element to the mistreatment also qualified it as torture. Yücel said that the abuse "was carried out in an organized way that sought to systematically violate the dignity of the person being abused."

Yücel holds Turkish President Recep Tayyip Erdogan personally responsible for the psychological and physical violence that he underwent while in prison.

The torture was "possibly directly instigated by the Turkish president or someone in his inner circle, but in any case was the result of the smear campaign that he started and bears responsibility for."

Erdogan had dubbed Yücel a "member of the PKK" — the Kurdistan Workers' Party — as well as a "German agent." The Turkish leader later called him a "terrorist."

Yücel said he suspects that the torture was intended to further aggravate the already strained relationship that Turkey had with Germany. The journalist said this was one of the reasons he decided not to immediately talk about the abuse when he was released.

His detention caused a rift between Turkish and German governments, with Berlin using diplomatic means for the journalist's release.

The Turkish government has detained thousands of rights activists, journalists and lawyers since a botched military coup against Erdogan in 2016.