Democracy put to the test in Romania

Romania is about to elect a new president. There are 14 candidates, and the opinion polls say it will come down to a run-off. The country is at a crossroads that may affect the rest of Europe. 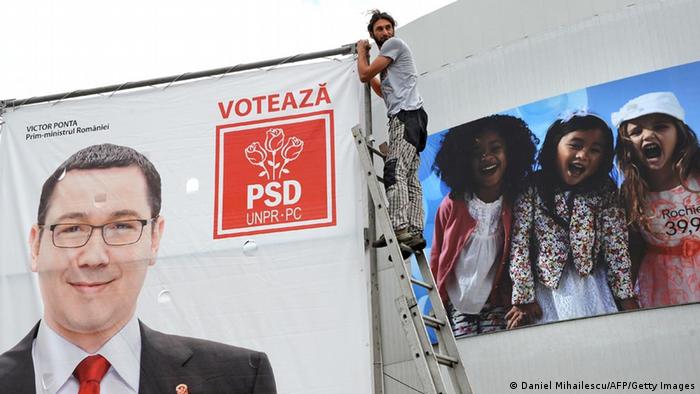 The major issues in the upcoming presidential elections in Romania (02.11.2014) are European values, the rule of law, and the question of whether the still-young Romanian democracy is under threat from a "putinization" of Eastern Europe. Meanwhile, the country is in an economic and political crisis.

Twenty-five years after the fall of communism, Romanian society is still divided. On one side there are the young, well-educated people with liberal, pro-European convictions, on the other, the ever-loyal voters still backing the ex-communist Social Democratic Party (PSD).

The polls say that of the 14 candidates, only the current Prime Minister Victor Ponta, of the PSD, and Klaus Iohannis of the National Liberal Party (PNL) stand any chance of winning. 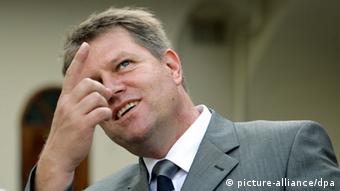 Iohannis has even been accused of being a German spy

Iohannis belongs to the country's German minority, and was a very successful mayor of the city of Sibiu. He is a strong advocate for Romania remaining in the European community, and calls for "a Romania of good work." His election campaign focused on blaming the Social Democratic regional governors, the so-called "barons," for the country's economic and political problems.

According to Eurostat, Romania's economy shrank in the last two quarters of 2014, slipping back into recession. On top of that, the country was shaken by a series of corruption scandals, which reached to the heads of the PSD and the inner circles of the prime minister's office.

And the new emergency regulations have further weakened the population's trust in their political leaders. For a brief period, politicians in cities and local councils were allowed to swap parties without losing their mandates. The PSD exploited this trend, taking over hundreds of mayor's offices and city councils. Ponta has now been accused of influencing the voting in these local councils with the help of his defectors.

Putin as a model

To counter the threat from Iohannis, Ponta is now striking a left-wing nationalist and religious tone. Ponta made sure to distinguish himself from his Protestant rival by announcing that, as a member of the Romania Orthodox Church, he is entitled to be president of "his" country. Nor did he shy away from saying he was proud to be Romanian and stirring up sentiment against ethnic and religious minorities.

At the same time, the media, which is close to Ponta and his party, has launched a heavily negative campaign against the unwelcome challenger. Thus, Iohannis has been accused - without evidence - of being "tied up with human organ trading," or a "real estate con man," or even an agent for the German intelligence services - "Angela Merkel's Trojan horse." 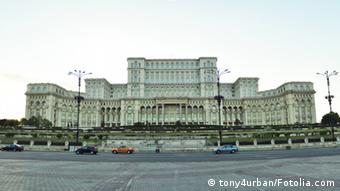 If Ponta enters the presidential palace, it will threaten democracy, critics say

Not only that, Ponta favors a reassessment of relations with China, Russia, and Turkey, and an economic re-orientation of the country eastwards. Russian President Vladimir Putin, Recep Tayyip Erdogan in Turkey, and Viktor Orban in Hungary appear to be his role models.

Danger to the rule of law

The Romanian government has faced criticism internationally, too. US Assistant Secretary of State Victoria Nuland criticized what she called the "cancer of democratic regression and corruption" in certain Central and Southeastern European nations, and mentioned politicians who "protect the corrupt office holders from prosecution and bypass parliament as often as it suits them."

But it's not just Ponta's opponents who warn against a PSD triumph on Sunday. A victory would give Ponta's party, which has dominated parliament since 2012 with a majority strong enough to change the constitution, virtually unlimited power. The prime minister not only controls the foreign and defense portfolios personally, he is also responsible for appointments to key positions in the state prosecutors office, the executive, the legislature, the intelligence agencies and the judiciary.

Mircea Vasilescu, independent journalist and editor-in-chief of the news weekly Dilema, says that if Ponta wins, Romania would no longer be a just state. He calls the prime minister a dangerous populist. "Not only because he lacks the necessary maturity and vision for the presidency, and has shown a poor economic record," Vasilescu said. "He is a master of propaganda and his moving his party to impose measures that will threaten the rule of law."

With just a month until the presidential election, Romania is in the grip of an international corruption scandal. The affair could damage the standing of prime minister and presidential candidate, Victor Ponta. (07.10.2014)

Romanian President Traian Basescu faces calls to resign amid allegations that his brother accepted bribes from organized crime. Basescu has made fighting corruption a centerpiece of his presidency. (20.06.2014)