Romanian President Traian Basescu faces calls to resign amid allegations that his brother accepted bribes from organized crime. Basescu has made fighting corruption a centerpiece of his presidency. 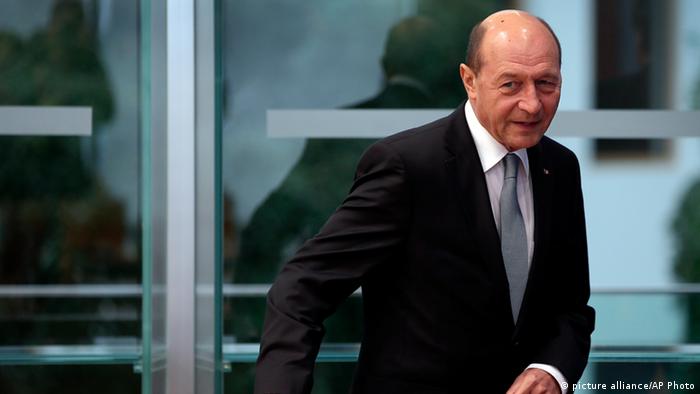 President Basescu on Thursday denied involvement in the corruption scandal, saying that his brother should face trial just like any other citizen.

"I can assure you that between the need to strengthen the judiciary and the natural urge to defend my brother I will always choose the former," the president (pictured above) said.

On Wednesday, a local television station broadcast excerpts of a video, in which Mircea Basescu supposedly admits to receiving 250,000 euros ($340, 544) in bribe money from organized crime.

Mircea allegedly received the money in exchange for helping crime boss Sandu Anghel reduce his prison term. Anghel was sentenced to more than eight years in prison for nearly stabbing one of his nephews to death in a bar in 2011.

President Basescu admitted to knowing that his brother Mircea was under pressure from organized crime, but said he was not involved in the bribe.

"I have never talked with my brother about backing Sandu Anghel in the trials he was facing," Basescu told journalists.

"I urge the policemen, prosecutors or judges who were in charge of this case to say if there was the slightest interference from me or on my behalf," he said.

But Prime Minister Victor Ponta's leftist government has called for President Basescu to step down, saying it "would be a natural gesture to eliminate any pressure on the judiciary."