Germany's top-selling non-fiction bestseller is a book that attacks Islam - and the German president can't get the public to agree with him when he says that Islam is part of Germany. 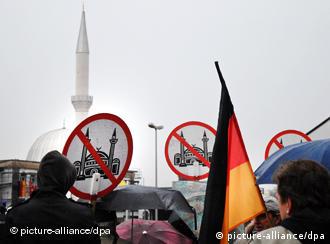 Germany has seen a rise in anti-Islamic feeling

Thilo Sarrazin, former state finance minister in Berlin and just a short time ago on the board of the German central bank, has written a bestseller: "Deutschland schafft sich ab" ("Germany is Doing Away with Itself"). He predicts a dire future for the country and he blames it above all on Islam and the uncontrolled immigration of Muslims. Most Muslims have different values than the Germans, he writes. They ostensibly hold God higher than the constitutional state and democracy. This is the reason, he claims, why Germany will gradually do away with itself if it doesn't carry out an active immigration and integration debate.

Sarrazin's arguments are meeting with a great deal of support. But he is also encountering opposition. 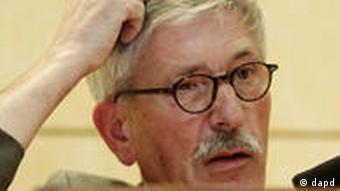 Sarrazin's book has sparked much of the recent debate

Michael Bommes, a sociologist teaching at the University of Osnabrueck, notes that the current debate about Islam shows that most people have still to grasp the fact that Germany has long since become a country of immigrants, with a correspondingly complex diversity of values and viewpoints.

"Through modern international immigration, world religions such as Islam have now arrived in Europe," says Bommes. He argues that Muslims have to adjust to this situation, as do the citizens of other European nations. The relationships between politics, law and religion have to be rethought, he says. People have always had to find compromises over these three elements. And Islam is making this necessary once more in today's world.

Fear of headscarves and mosques

Many Germans are worried because they see their way of life being called into question by the presence of Islam. They find the headscarves and veils worn by Muslim women particularly offensive. They raise the possibility that these women are being oppressed. 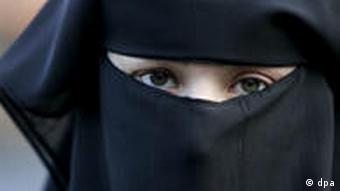 Islamic headwear is viewed with suspicion by many Europeans

Such concerns are also evident in the results of a study recently published by the Friedrich Ebert Foundation. Oliver Decker, who led the study, speaks of a "very distinct increase from 34 percent to over half the population who agree with statements hostile to Islam." Many Germans are also skeptical with regard to the building of new mosques, he says.

Where do these negative appraisals of Islam come from? Islam scholar Navid Kermani believes that Germans see their identity being threatened. Identity, he explains, is formed when we distinguish ourselves from other groups. Every social group defines itself by how it differs from other groups. That's why, he argues, it seems logical to keep one's distance from Islam. After all, Westerners tend to be unfamiliar with Islamic symbols, making the religion seem especially alien. The process of differentiation itself is then only natural. But it becomes problematic when those who are different are declared to be the enemy.

Seen in this light, there is nothing reprehensible about the debate on Islam. It seems to reflect primarily the struggle for a new German self-image and the difficulties connected with the fact that Germany has indeed become a country of immigration. 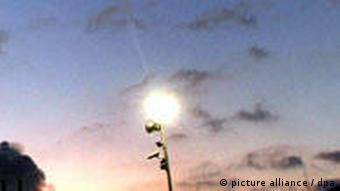 Western impressions of Islam may be too simplistic

Nevertheless, political scientist Claus Leggewie contends that the discussions about Islam are often conducted on too superficial a level. Most people make little distinction between the various currents within Islam. Nor do they make sufficient allowance for the differences between moderate and radical Muslims.

"I believe that most Europeans tend to develop a rather schematic image of Islam," says Leggewie. He finds it astounding that Europeans, who do so much travelling and know the world so well, whose opinions on all other issues are so carefully formed and objective, are often so quick to make superficial judgments when it comes to Islam.

But the debate on Islam didn't exactly appear out of thin air, either. It stems from the fact that religion has regained a great deal of power in the Middle East itself. Of course people in Germany have taken note of this resurgence, explains Navid Kermani. The problem is that, in the Muslim world as well, many issues are being viewed through a religious lens. For many years, religion played no role on the political front there. Now all that has changed. And Germany feels threatened, fearing an increasing powerful cocktail of religion and politics here as well.

Islam as a way of helping to define Europe

First and foremost, the battle about Islam is an inner-German struggle. 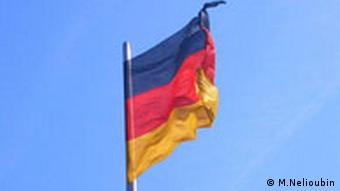 The debate may ultimately be about how international Germany should be

It's about how open Germany and the Germans want to be. Since the end of the Nazi dictatorship, Germans have agonized about their history, and have developed a troubled relationship with their national identity. Whoever makes a statement about Islam, says Claus Leggewie, is also indirectly speaking out on an entirely different issue - namely, how international Germany should be.

"There are Islamophobic tendencies on the one side and Islamophile leanings on the other," says Leggewie. "And, as we know, they have historically very frequently been interrelated, even when they seem on the outside to be diametrically opposed. This very obviously means that Islam continues to play an essential role in our construction of what Europe means, i.e. in the collective identity of the Europeans."

This article is published in cooperation with the Qantara.de website, a joint project of Deutsche Welle, Germany's Federal Center for Political Education, the Goethe Institute, and the Institute for Foreign Cultural Relations. Qantara.de aims to promote dialogue with the Islamic world. It is funded by the German Foreign Ministry.

A new study shows that a worryingly high proportion of Germans agree with statements expressing anti-foreigner positions. Islam and Muslims are met with particular reservations. (13.10.2010)