French Muslims break stereotype and show up integration skeptics | Europe | News and current affairs from around the continent | DW | 15.10.2010

Much has been made recently of anti-Islam movements across Europe, but in France, where Islam is now the second-largest religion, there are many stories of successful integration. 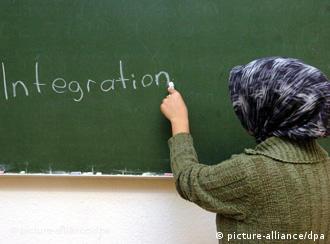 Muslims from former French colonies in North Africa immigrated to France throughout the second half of the last century, and now their children and grandchildren are growing up French.

While Muslims still face discrimination, many have successfully integrated and are a part of French society, which now has Western Europe's largest Muslim population.

Amira Beshallah is one such example of a successfully integrated second-generation French Muslim. After a day of classes at the Sorbonne University in Paris, she comes home to an apartment near the Seine River, where she lives with her parents.

The 19-year-old is earning an undergraduate degree in literature and communications and wants to become a television journalist. Amira's parents immigrated to France from the North African country of Tunisia, but she says she identifies more with France than with the country of her parents' birth.

"Since I've been little, I've felt completely French," she says. "In fact, I didn't realize that I was any different from the typical French person until I was 15 years old and a man insulted me on the street." 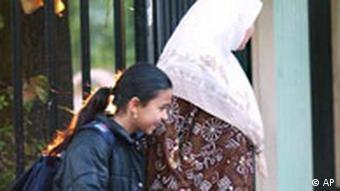 Amira says the man called her dirty and then threatened to hit her. Four years on she still gets upset talking about the incident.

Since that day, Amira says she has understood that she might face discrimination when looking for a job. But she says she tries to keep a positive attitude.

Sitting beside her mother on the couch, the teenager's long, dark hair and dangling earrings are a contrast to her mother's neatly tucked Muslim headscarf.

Samira says the parents don't mind that she wears a headscarf when she takes their children out for walks or to play in the park and that wearing a headscarf in France is not problematic.

"I feel very, very good here. I feel completely at home in France," Samira says. "I raised my children here. They have all done their studies. I work, my husband is retired and I feel great." 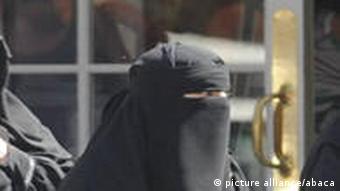 Amira, meanwhile, says she is not religious and would never wear a headscarf, although she does refrain from eating and drinking during the Islamic fasting month of Ramadan. She says her parents don't pressure her or their two sons to practice their faith, although she knows they expect her to marry a Muslim.

Amira says she has only one friend who wears a headscarf, but that most of her friends aren't even Muslim. She admits, however, that political talk over the last few years concerning Islamist extremism and the banning of burqas has made her feel uneasy.

"It's true that, these days, there's a spotlight on Muslims," she says. "I guess, since September 11, people are asking 'who are Muslims.' People want to know who they are. I guess it worries me a little. But still, I don't feel targeted. We are against terrorism like everybody else."

Both Amira and Samira say the Beshallah family and thousands of other Muslims are completely integrated into the French way of life - proof that Muslims can be productive members of western societies.

Days after the leaders of Germany and Turkey pledged to cooperate more on the integration of Germany's substantial Turkish minority, a Turkish politician tells Turkish Germans integration is a responsibility. (12.10.2010)