A summer hot spell has given way to deadly storms, especially in western Germany. High winds, thunder and lightning and heavy rains disrupted air traffic, public transport and the roads in several cities. 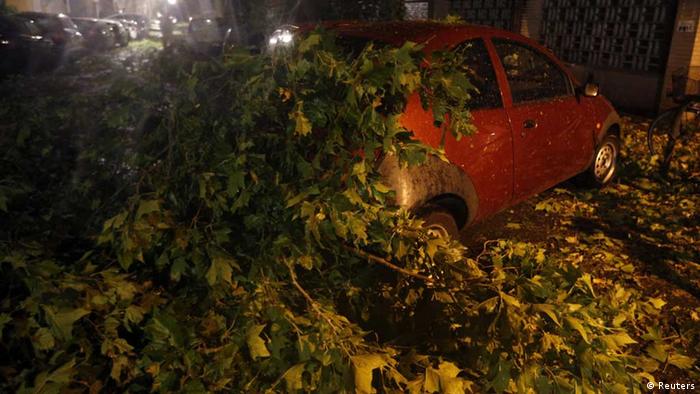 The state of North Rhine-Westphalia was worst hit by heavy storms in Germany on Monday evening, following a holiday weekend of scorching sunshine. State capital Düsseldorf was in the firing line, with fallen trees rendering several roads useless in the south of the city. Residents reported power failures; and damage to tram lines brought the public transport network to a standstill.

Düsseldorf's airport was forced to halt traffic for around an hour in response to gusts of wind measuring up to 150 kilometers per hour (93.2 miles per hour).

A Düsseldorf firefighter told the German DPA news agency early on Tuesday morning that three people were killed in the storm.

National rail operator Deutsche Bahn was also forced to delay or stop services in some of the worst-affected areas on Monday evening.

In Cologne, a 50-year-old cyclist was hit by a falling tree, sustaining such serious injuries that he died at the scene before help could arrive. A falling tree also killed a cyclist in Krefeld.

A man in Essen was killed while apparently cleaning up damage from the storm, police said. However, immediate details of his cause of death were unavailable.

The storm front was moving east across the country overnight, heading towards Lower Saxony, with Germany's meteorological service issuing storm warnings for the regions around Hanover and Bremen. Stormy and wet weather was forecast to persist in much of the country for several days following a spell of high temperatures. 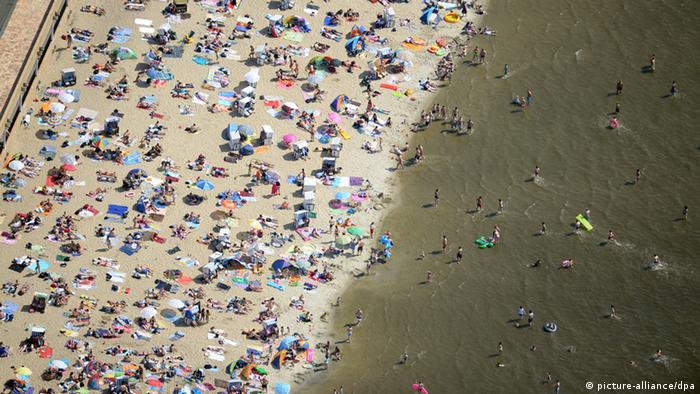 The storm front broke a weekend of baking sunshine

The bank-holiday "Pfingsten" or Pentecost weekend in Germany was the hottest since records began, according to information from the DWD German weather service. The mercury rose highest on Monday in the Bavarian town of Kitzingen, peaking at 36.7 degrees Celsius (98.06 Fahrenheit). The former record for the day, 33.8 Celsius in Nuremberg in 2000, was topped in several places around the country on Monday.