Thick, black smoke from the fire was reported to be blowing away from the Romanian coast into the Black Sea. The authorities said local citizens were safe but advised them to close their windows. 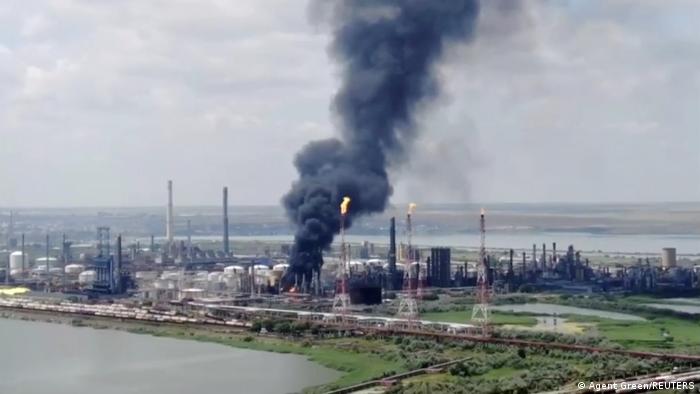 A powerful blast at Romania′s biggest oil refinery on Friday has killed one person and left at least four other workers injured.

Around 50 firefighters were deployed to the scene after the explosion rocked the Navodari Petromidia refinery on the Black Sea coast.

The refinery's operations "have been stopped as a security measure," said the Kazakh KazMunayGas (KMG) group that owns the oil processing site.

Video footage taken by a tourist showed thick black smoke billowing from the refinery, which is located 15 kilometers (9 miles) from the Mamaia, Romania′s top tourism resort.

Operator Romeptrol Rafinare said that "technological processes in the refinery were safely stopped" and the blaze was later ″isolated and stabilized.″

"Internal and external teams are making efforts to put it out in the shortest time,'' the company reported on social media. 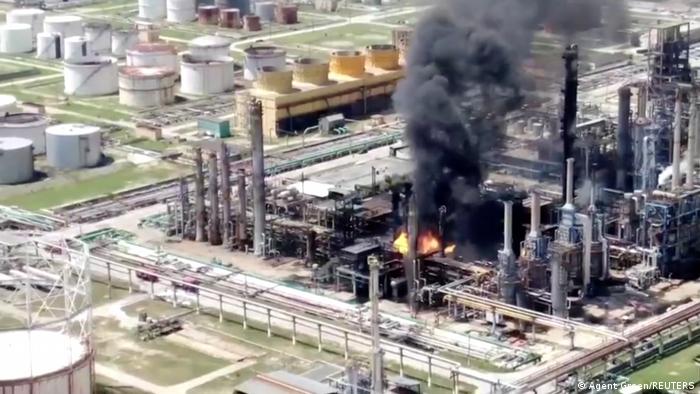 Authorities are still not sure what caused the blast.

How has it affected the nearby area?

The wind was taking the plume of smoke towards the Black Sea.

"The direction of the smoke is in the opposite direction to the beach and the city which is why the citizens are safe,'' the country′s Interior Ministry said in a statement. ″However, we ask the population to take protectionary measures by closing (their) windows.″

Head of Romania′s Environmental Guard, Octavian Berceanu, told the Associated Press news agency that ″proper data″ was still not available to find out its impact on the wildlife.

"The smoke is going offshore, and some is going to the beach but it's not populated there,'' said Octavian Berceanu, who lead the government′s environmental agency.

Why was the refinery controversial?

The Petromidia refinery has been the subject of disputes since the start of the 2000s between owners KMG and the Romanian government.

As part of this investigation, prosecutors seized the Petromidia plant in 2016, although the investigation was later dropped in 2019.

Romania as a whole has had a number of climate issues of late, with rising pollution being one of the main issues the East European country faces.