Rescuers were searching for survivors after a deadly gas explosion damaged an apartment building in the Russian city of Magnitogorsk. Some 40 people are believed to still be trapped under the rubble in bitter cold. 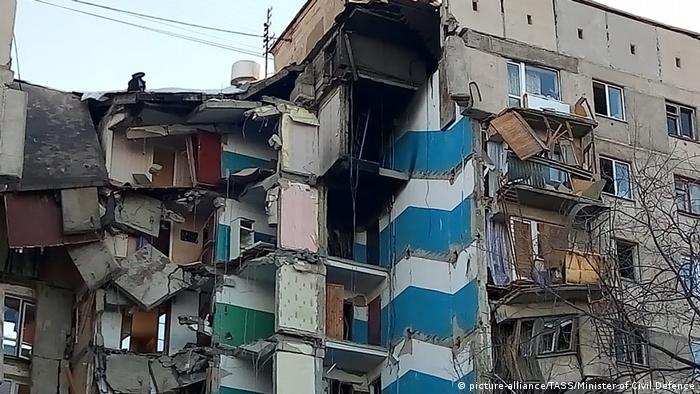 At least four people were killed on Monday after an apparent gas explosion demolished a high-rise in the Russian city of Magnitogorsk, 1,400 kilometers (870 miles) southeast of Moscow. Another four people, including two children, were hospitalized, officials said.

"We are working carefully because there is a risk that the building will collapse," Emergencies Minister Yevgeny Zinichev said.

Russia's President Vladimir Putin traveled to the scene on Monday, visiting the injured in the hospital. 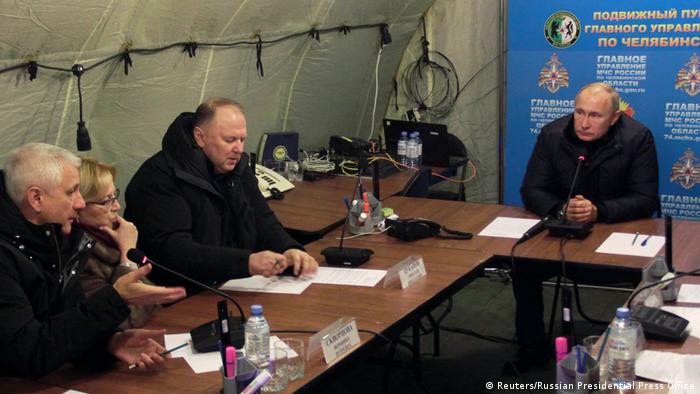 Vladimir Putin (r) met with local officials at the scene

At least 10 people were pulled from the rubble of a collapsed section, and 16 others, including seven children, were evacuated from nearby parts of the building without injuries.

The mayor of Magnitogorsk told the state-run TASS news agency that 38 people were missing, adding that it was not clear if they were in the building at the time of the collapse. 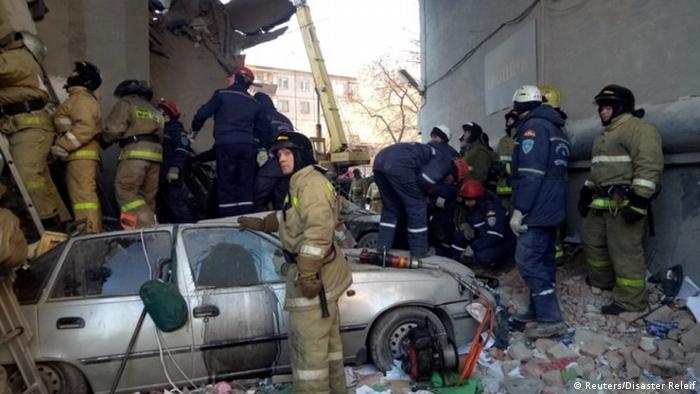 The blast ripped through the building at around 6 a.m. local time, according to witnesses.

"I went out to have a cigarette at quarter-to-six," a local man told Russian television. "There was a blast and a wave of fire... then people started running out."

Officials said the blast damaged 48 apartments in the ten-storey building. The explosion shattered windows of nearby buildings, according to a local resident speaking on Echo of Moscow radio.

Gas explosions in Russian homes are fairly common, most of which are blamed on neglect of safety rules or poor maintenance. 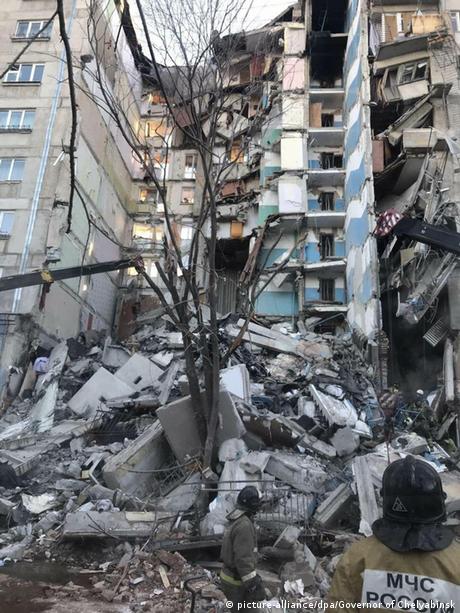