Authorities in Berlin are warning that visitors to a notorious night club may have been exposed to life-threatening Neisseria meningitidis. The KitKatClub is known for its kinky and anything-goes atmosphere. 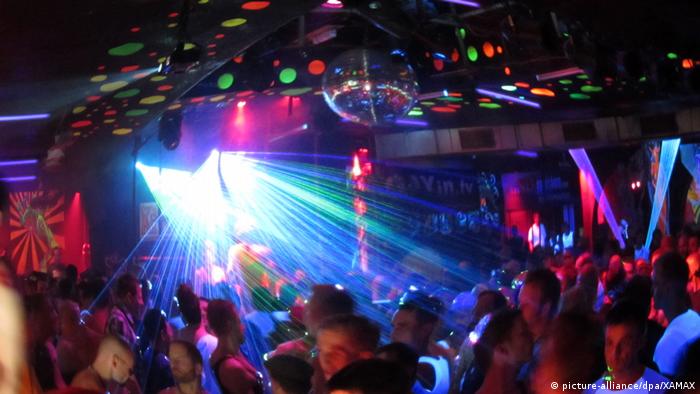 Authorities in Berlin's Reinickendorf district advised that anyone who visited the club on September 29 get checked for neisseria meningitidis, the bacteria that can cause meningitis.

The bacteria strains A, C, Y and W135 are believed to have been possibly spread at the music-thumping Berlin institution, known for wild and raunchy sex acts being performed out in the open or in nooks and crannies.

The KitKatClub is one of the most popular alternative night clubs in Berlin, attracting patrons from all over the world.

The club later posted a notice on Facebook saying the man was hospitalized in a severe condition, and he was therefore unable to detail what sexual contact he had at the club.

"For this reason, the Health Department decided to issue a press release. The idea was to inform as many people as possible who also visited the club last Saturday," it wrote.

According to the club, the man had attended the "CarneBall Bizarre" fetish party on Saturday night. The evening has a dress code of "fetish, patent and leather, uniforms, TV, goth, costumes, elegant evening wear, glitz & glamour, extravagant clothes of any kind." The night includes playrooms and separate chillout areas.

The club said all its employees were symptom-free and had been offered antibiotic therapy just in case.