A dead piglet with the words "Mutti Merkel" painted in red has been found on land designated for a mosque near Leipzig, according to police. It is being treated as a xenophobic insult aimed at the chancellor. 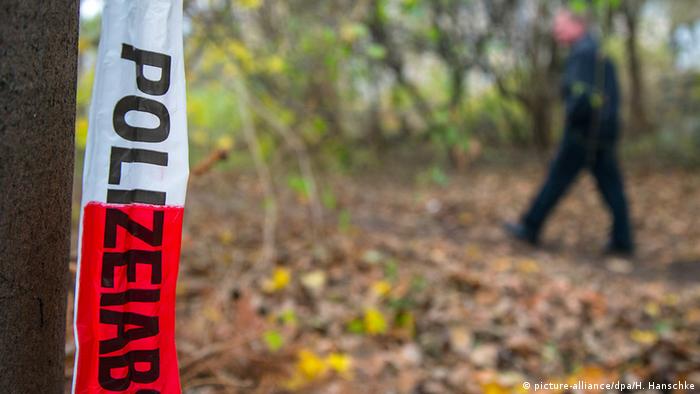 The animal was discovered on rough land in northern Leipzig, police said on Thursday. Its identity tag, which would indicate where it was raised, had been removed.

"On the basis of the location where it was found, it is obvious it was an anti-foreigner or xenophobic action," Leipzig police spokesman Uwe Voigt said. Due to the suspicion of a political motivation, state security agencies have taken over the investigation for "insulting the chancellor."

Social Democrat (SPD) state member of parliament Holger Mann said "to symbolically compare a person with a pig, and to threaten the chancellor with death, is another low point and evidence of the brutality of the political climate."

His party colleague, Mayor of Leipzig Burkhard Jung, also condemned the attack: "to offend an entire religious community, to denigrate and to insult, is petty and despicable."

Muslim community leader, Imam Said Ahmad Arif, said, "We are bewildered over this provocation with a dead pig." However, he added that it was not the first incident of its kind.

For Muslims, pigs are deemed on religious grounds to be unclean.

In November 2013, after plans for the building of the mosque had been announced, five bloody pig heads on posts were found on building site. There were also protest rallies held against the construction project. Leipzig police spokesman Voigt said hat "to date, the perpetrators have not been found." 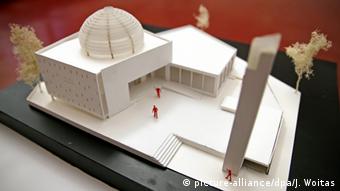 The model plans for the Leipzig mosque

The planned mosque for 100 people would be the second newly built mosque to be constructed in eastern Germany. The Ahmadiyya Muslim Jamaat (AMJ), a global Islamic community with 35,000 members in Germany, has built a new mosque in Berlin's Pankow neighborhood.

Arif added that critics of the mosque were always welcome to speak to mosque members. He also said "the mosque is going to be built."

Across Germany, the AMJ runs more than 30 mosques, 225 communities, a TV station and a publishing house.

A number of anti-immigrant, anti-Islamic protests have been staged in Leipzig, several of them under the banner of Legida, the splinter group of the anti-Islamist Pegida group, which began in the eastern Germany city of Dresden.

As supporters of the anti-Islamization group PEGIDA took to the streets in Leipzig, others lit candles to protest their presence. Naomi Conrad reports from Leipzig. (11.01.2016)