David Petraeus: ′The Washington elite have lost touch with a lot of America′ | World| Breaking news and perspectives from around the globe | DW | 16.11.2016

David Petraeus: 'The Washington elite have lost touch with a lot of America'

In the days following the US election results, Tim Sebastian meets former director of the CIA and retired general David Petraeus to discuss where America goes from here.

In the days following a presidential campaign which seemed to flout all understood norms of major western elections, conservative commentators supportive of Donald Trump have urged observers not to take the president-elect’s more extreme rhetoric on the stump too literally.

And indeed, the next leader of the free world spoke in more statesmanlike prose at his meeting with the outgoing President Obama in the days after his triumph.

So faced with the Realpolitik of the Oval Office and international diplomacy, what does a Trump foreign policy ‘doctrine’ look like?

Henry Kissinger, the controversial grandee of American foreign politics, has given his thoughts in recent days.

"Reality will impose certain requirements, as it does on every President … he is part of a continuum … he cannot reinvent history,” said President Nixon’s former Secretary of State.

As Barack Obama was elected on a promise to withdraw forces from Iraq – a war he inherited from predecessor George W. Bush – so Donald Trump has been on the back of dealing with problems left to him by Obama, which include NATO and the Iran nuclear deal. 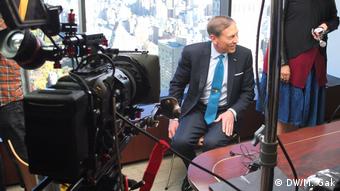 In these roles and as a former commander of forces in Iraq and Afghanistan, Petraeus has played a significant part in shaping the recent part of Kissinger’s ‘continuum’.

Where does America go from here?

In this week’s Conflict Zone, former head of US and NATO forces in Afghanistan David Petraeus tells Tim Sebastian what his advice would be for a Trump presidency, as well as discussing his actions as a commander in Iraq, and the classified information leaks to his biographer and mistress that led to his resignation from the CIA in 2012.

So, Tim Sebastian asked, what was the general’s advice for Donald Trump and isn’t it part of the problem that there was now a gap between America’s rhetoric and its actions abroad?

The international community awaits reassurances that this ‘center’ is a priority for a Trump administration, particularly on NATO, which Petraeus calls in his interview a “cornerstone of the western world’s security policy.” 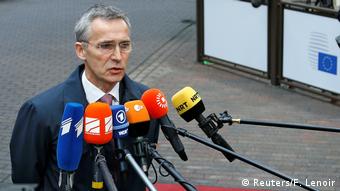 On Conflict Zone on 4 November – days before the conclusion of the presidential election in the United States – NATO Secretary General Jens Stoltenberg told Tim Sebastian that whoever won, he believed the incoming president would indeed recognize the importance of NATO to their nation’s interests.

Mr. Stoltenberg has reiterated the importance of this partnership in the past few days, while German defense ministerUrsula von der Leyen has also spoken out, saying Trump “needs to learn NATO that isn't just a business. It's not a company."

But Donald Trump has tapped concerns that, according to Patraeus, are “legitimate” in saying that member states were not paying their fair share. Even President Obama has referred to NATO “free riders”.

In 2006 NATO member states agreed to work towards spending 2% of their countries’ GDP on defense. However, only five countries do so: the US, the UK, Greece, Poland and Estonia.

US spending on defense is currently 70% of NATO’s total defense expenditure.

Following 12 years of deadlock between the US and Iran and 17 months of negotiations, an agreement was signed in Vienna in July 2015 between the two countries effectively limiting Iran’s ability develop a nuclear weapon in return for easing economic sanctions.

President-elect Trump has called it "one of the worst deals ever made by any country in history."

Though as with NATO, he is not a lone voice in criticizing the deal, or at least elements of it.

On the Iran deal, former director of the CIA David Petraeus told presenter Tim Sebastian: “It has positive elements and it has negative elements and I don’t think that undoing the deal is as important as the White House and the Congress working together to have a statement of national policy.”

“We have one party in power right now. There is no excuse [not to do that] from the Republicans’ side”. 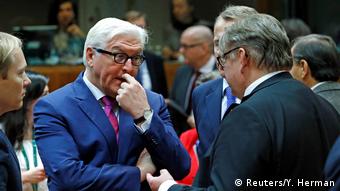 Meeting this week to discuss the repercussions of the Trump victory,EU foreign ministers restated their commitment to the agreement, saying the “upholding of commitments by all sides is a necessary condition to continue rebuilding trust and allow for continued, steady and gradual improvement in relations between the European Union, its member States and Iran.”

Donald Trump said during his campaign to be president that dismantling the “disastrous” nuclear deal with Iran would be his “number one priority”.