EU foreign ministers have urged all parties involved in the landmark accord to stick to the commitment. Brussels' statement comes amid concerns that US president-elect Donald Trump intends to tear up the deal. 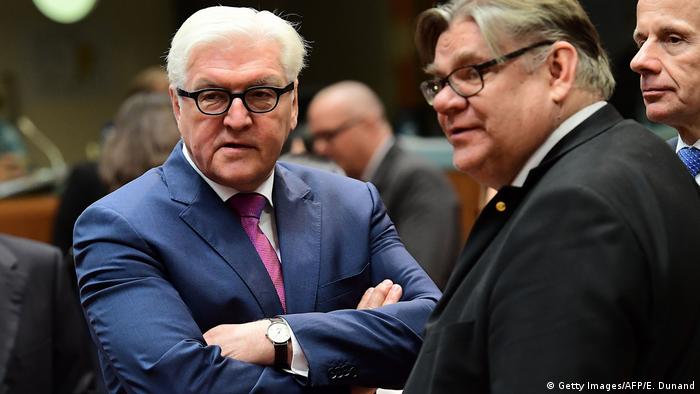 European Union foreign ministers on Monday reaffirmed their commitment to the nuclear agreement with Iran, saying it would continue to keep pushing to restore ties.

European foreign ministers have met in Brussels to determine the best course of action for a Trump presidency. Trade deals, relations with Russia and the US commitment to NATO all hang in the balance. (14.11.2016)

Iran's leaders are celebrating Donald Trump's victorious presidential bid. They believe it is better to deal with a businessman than a woman with close ties to rival Saudi Arabia. (10.11.2016)

"The upholding of commitments by all sides is a necessary condition to continue rebuilding trust and allow for continued, steady and gradual improvement in relations between the European Union, its member States and Iran," EU ministers said in a statement from Brussels.

The statement comes following strategy talks among ministers concerning the best course of action in dealing with United States president-elect Donald Trump. During his presidential campaign, Trump vowed to tear up the Iran nuclear deal, which was spearheaded by President Barack Obama and regarded as the great diplomatic breakthrough of his second term.

However, Trump has described the pact as a "lopsided disgrace" and "the worst deal ever negotiated."

The president-elect has been more circumspect since winning last week's election and recently admitted that it may be difficult to discard a deal that has been enshrined in a UN resolution.

The Iran nuclear deal sees Iran curb its nuclear program in exchange for the easing of Western sanctions. The agreement was spurred by fears in the West that Iran was seeking to develop nuclear weapons, claims Iran has always denied. 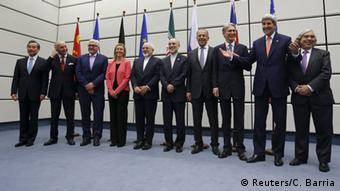 "The European Union reiterates its resolute commitment to the [Iran nuclear deal]," the bloc's foreign ministers said. "The European Union is committed to support the full and effective implementation ... by the lifting of nuclear related economic and financial sanctions and engaging with the private sector and economic operators, especially banks, to promote growth in trade and investment."

Since the agreed rapprochement, restoring business ties has been a long-winded affair. For example, the US has kept in place many sanctions restricting Iranian access to international banking and financial systems.

"For Iran to fully benefit from the lifting of sanctions... it is important that it addresses obstacles related to economic and fiscal policy, business environment and rule of law," EU ministers said. The 28-nation bloc has accused Iran of running a protectionist economic model with a strong state role. It says its banking sector needs deep reform after years of relative isolation.

However, EU exports to Iran had increased 13 percent at 3.565 billion euros ($3.82 billion) in the first six months of 2016 compared to the same period last year. Imports from Iran were up by 52 percent at 396 billion euros.

The EU also welcomed the fact that the US was now issuing licenses for the export of commercial passenger aircrafts, as well as related parts, to Iran. Such sales "will be an important signal" for the deal's implementation, ministers said.

However, the bloc said it "remains concerned" around Iran's human rights situation, such as its frequent use of the death penalty and its lack of equal rights for women and minorities. It also urged Tehran "to use its influence on the Syrian regime" of President Bashar al-Assad to end attacks on civilians.