Individuals and companies alike donated about €2.4 million to plant almost 1 million trees in the Scandinavian country. The fundraising event was described as the first of its kind to focus on the climate. 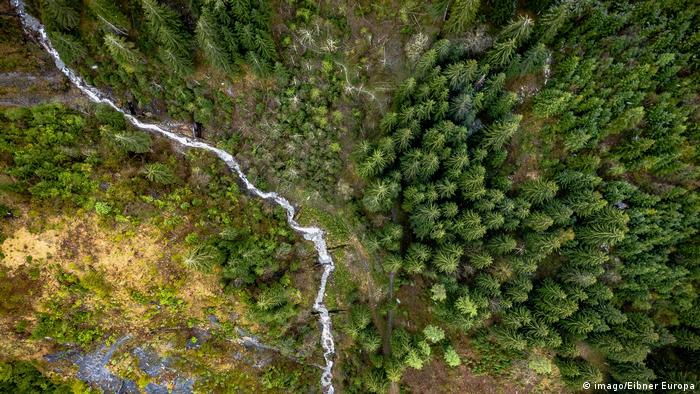 The people of Denmark donated about €2.4 million ($2.67 million) for the planting of trees on Saturday, in a telethon described as the world's first to focus on the climate.

For every 20 Danish kroner (€2.70 or $3) donated, one tree is to be planted, and 20% of the total donations will be earmarked for forest conservation efforts in the Scandinavian country.

The televised event took place at Gisselfeld Klosters Skove forest, east of Naestved, on the island of Zealand. Both individuals and firms contributed donations to the fundraiser, local media reported.

"It's a positive way to inspire people, showing how to make a difference, with a small act to tackle the climate crisis," said Kim Nielsen, founder of the Growing Trees Network Foundation, which is part of the project.

"It's the first time a charity show has focused on climate issues on TV, it's very exciting," he continued.

Recently cities, the Danish Nature Agency and the churches around the country have submitted bids for large and small areas in which they hope to be allowed to plant trees with the help of the donations from the climate telethon.

In a similar effort to raise awareness and funds for climate-related issues, in 2015, Al Gore organized a live benefit akin to a telethon, a 24-hour streaming show in which musicians were slated to perform at the foot of the Eiffel tower.

Five hours into the live benefit, Gore announced that out of solidarity with the French people in the face of the Bataclan and associated attacks, which had taken place during the climate concert, he was suspending the event.