Damascus: Plan to evacuate militants from Yarmouk put on hold

A plan to evacuate thousands of militants and civilians from rebel-held districts of Syria's capital has been put on hold. It comes a day after an airstrike killed a Syrian rebel leader in the Damascus suburb of Ghouta. 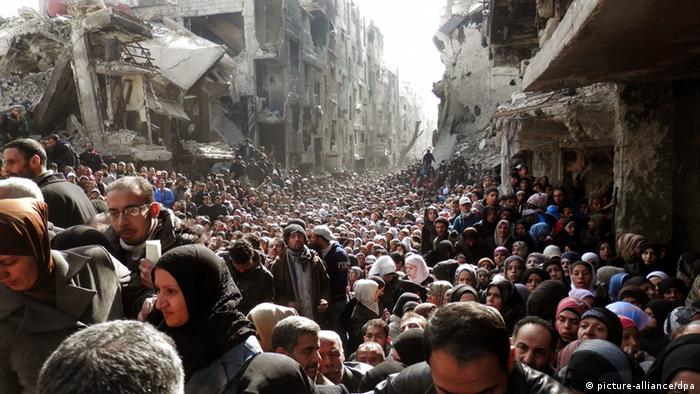 Lebanon-based Hezbollah's Manar TV reported that as part of the UN-sponsored plan, vehicles were supposed to give the fighters safe passage to Raqqa - the de facto capital of the 'Islamic State' group in northern Syria. But the deal was suspended after Zahran Allouch's death, as the convoy was due to pass through territory under his control.

Allouch, 44, was the head of the rebel Jaysh al-Islam (Army of Islam) movement, the most powerful insurgent group in the eastern suburbs of the Syrian capital Damascus.

The UK-based Syrian Observatory for Human Rights said in a statement that the evacuation had been expected on Saturday but was delayed as there was now no secure territory for the militants to pass through.

The plan, according to a government official, would see the evacuees transferred out of besieged districts including the Palestinian camp of Yarmouk into northern Syria. They are expected to include members of the 'IS' extremist group and al-Qaeda-affiliated al-Nusra Front.

It remained unclear which country had ordered the air strikes which killed Allouch. The Syrian army took credit for the attack and said in a statement that its planes had carried out a "special aerial operation" in eastern Ghouta, which led to the killing of "terrorist Zahran Allouch." The Syrian government has repeatedly referred to Allouch and his group as "terrorists."

However, local rebels had reportedly seen Russian planes targeting the secret headquarters of the group. The opposition Syrian National Coalition also accused Russian planes of carrying out the attack.

If it went ahead, the evacuation would be a success for the government of President Bashar al-Assad, increasing its chances of reasserting control over a strategic area just 4 kilometers (2.5 miles) south of the center of the capital.

The Syrian Observatory for Human Rights described the deal as "frozen."

"It was frozen, but not canceled, because of logistical issues linked essentially to the difficulty of providing safe passage," Observatory head Rami Abdurrahman told French news agency AFP. 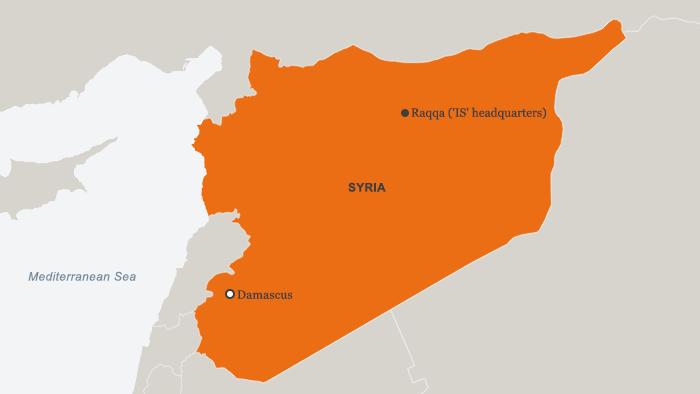 The deal came after two months of intense negotiations between Syria's government and district leaders, according to the Britain-based monitor. Earlier this month a similar deal in Homs saw 2,000 rebels and civilians leave the last opposition-held neighborhood.

Syria's conflict erupted in 2011 with anti-government protests but has escalated into a multi-sided war across the country. Allouch was a leading figure in the rebel movement in Damascus province, and had been holding a senior-level meeting in Eastern Ghouta when he was killed.

Syria is ready to take part in UN-backed peace talks in Geneva. It is hoped the dialogue will help the country form a national unity government and end years of brutal civil war which has seen thousands of people killed. (24.12.2015)

The 'Islamic State' (IS) group has targeted a school in eastern Syria, killing several pupils and wounding at least 15 more in a regime-controlled area. Over 10,000 children have died since the war started, the UN says. (22.12.2015)