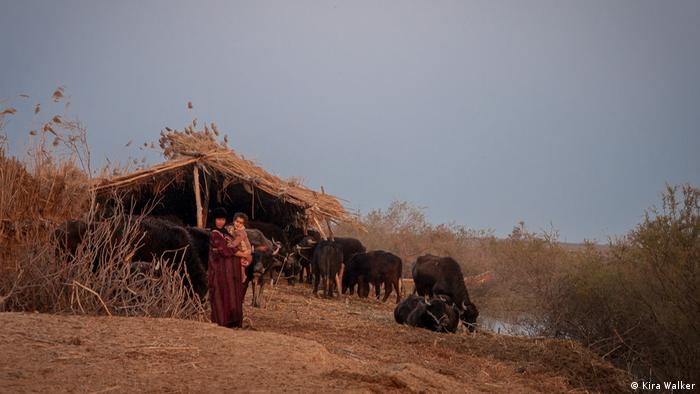 Over the last 30 years, Jassim Al-Asadi has witnessed the Mesopotamian Marshes of southern Iraq where he was born undergo dramatic changes.

Once the largest wetland in the Middle East, the marshes' wending waterways and thick towering reeds historically stretched across 20,000 square kilometers, supporting rich biodiversity and the unique Marsh Arab culture.

In the early 1990s they shrunk to 7% of their historical extent after being drained by Saddam Hussein, to flush out the Shiite rebels hiding in them. Their partial restoration post-2003 is widely heralded as a success. But now, Al-Asadi, managing director of local NGO Nature Iraq, fears for their future again.

A proposed dam-building spree in the autonomous Kurdistan Region in northern Iraq threatens several major tributaries of the Tigris River, which, along with the Euphrates, feeds the marshes.

Read more: Kenya and Tanzania: Living on the Mara River, together

"The shortage of water will be reflected in the amount of water allocated to the marshes," Al-Asadi explains. This will affect water quality and biodiversity of the marshes, an UNESCO World Heritage site, and "distinct ecosystem that we must preserve forever," he urges. 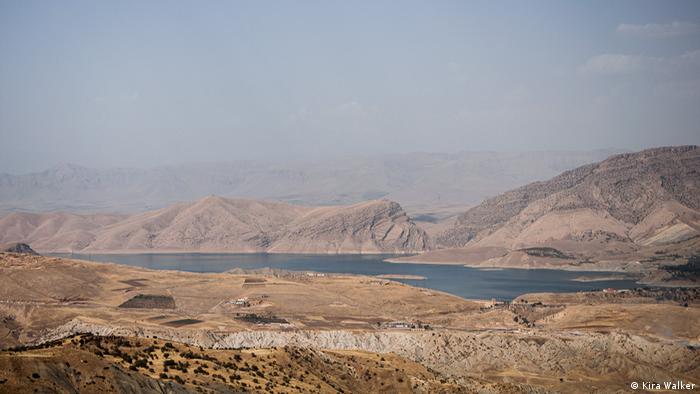 Lake Dukan, a reservoir on the Lesser Zab River formed by Dukan Dam, one of three large dams in the Kurdistan Region 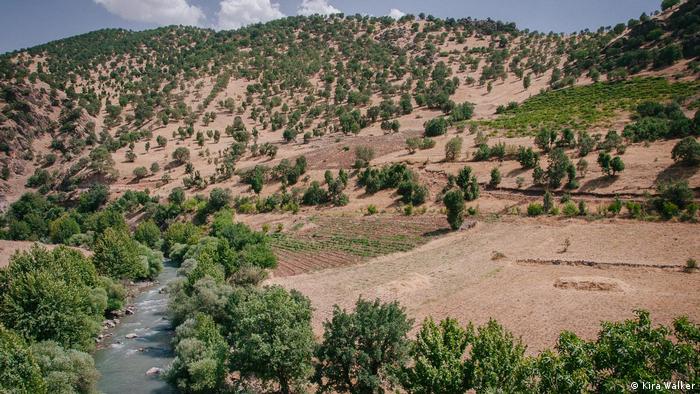 The Rawanduz River, a tributary of the Greater Zab, which flows into the Tigris River. The Kurdistan Regional Government has explored building dams on it

While the Kurdistan Region, located in the country's north, historically enjoyed ample water resources, they are under increasing stress due to droughts, internal mismanagement that causes unnecessary waste, upstream water infrastructure, and reduced rain and snowfall.

The Tigris and Euphrates' once-abundant flows have fallen 30% since the 1980s, with the Iraqi government predicting a further decline of up to 50% before 2030.

Since 2014, to compensate for these losses and secure its own water resources, the Kurdistan Regional Government, the official ruling body of the region, has proposed building 245 dams over an undefined time period. These would be in addition to 17 existing dams and would leave no river in the territory undammed.

The Kurdistan Region has suffered its own dam-related water shortages, too.

In recent summers, Iranian dams and water diversion projects have caused flows of the Sirwan and Little Zab rivers — vital sources for the Kurdistan Region and key tributaries of the Tigris — to drop significantly, affecting drinking supplies, livelihoods and power production.

"Dams are important for the region's power generation and to ensure water for domestic use, irrigation, fisheries and tourism," says Akram Ahmed, director general of the Kurdistan Region's Directorate of Dams and Water Reservoirs.

It's an ongoing process in which 35 dams have been given priority. Of those, 14 are currently being constructed, Ahmed confirms. They are looking for investors as the funds allocated by the Kurdistan Regional Government have been insufficient, he adds. 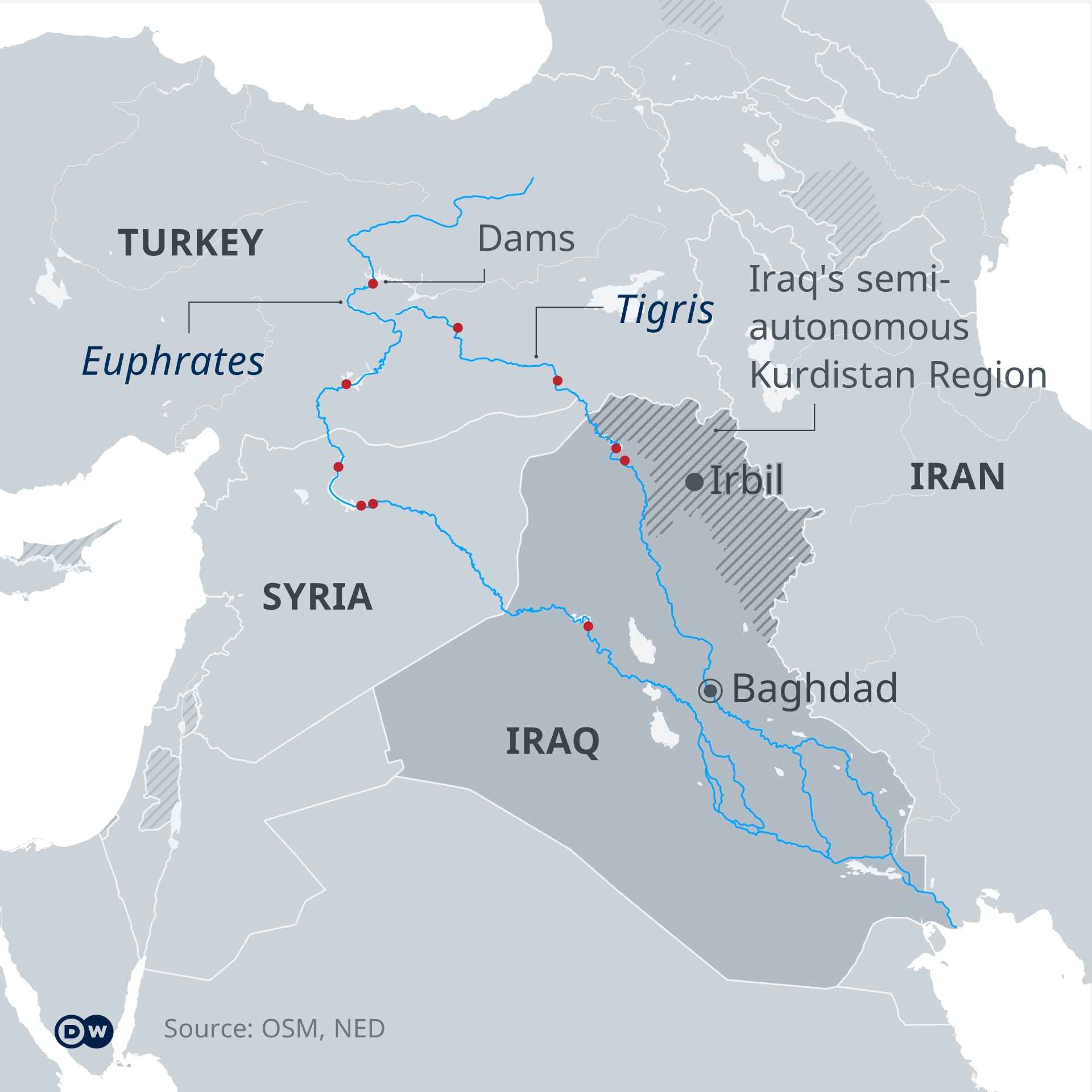 Water security, but for whom

While the proposed new dams might secure the Kurdistan Region's water security, Save the Tigris, a pan-Mesopotamian civil society advocacy campaign, says they will have a negative impact on supply in Iraq. As the last to draw from the two rivers, Iraq is most vulnerable to the growing thirst of upstream neighbors.

Relations between Baghdad and Erbil, the autonomous region's capital, are complex and frayed from ongoing political disputes and the country's turbulent history. Water resource management is complicated by the "constitution and the division of competencies, which are interpreted in different ways," explains a spokesperson for Save the Tigris.

For Nabil Musa of Waterkeepers Iraq, a Kurdistan-based advocacy initiative, building dams in the Kurdistan Region in response to upstream dams is the problem: "We're trying to fix the mistakes made by other countries by repeating the same mistakes."

A recent report by Save the Tigris notes there has been little to no debate in the Kurdistan Region about the destructive impacts its proposed dams would have on Iraq.

The report notes that environmental impact assessments, though required for dam projects by Kurdish law, are often neglected, and of those carried out, most did not take into account the impact on Iraq.

Iraq depends on the Tigris and Euphrates for nearly all its water. Like the Kurdistan Region, its water resources are stressed by upstream dams, climate change, internal mismanagement and waste in agriculture and industry.  The situation is already dire. In recent years, water shortages have contributed to destroying agricultural livelihoods, driving internal displacement, fuelling tribal conflicts, and a health crisis in Basra.

The problem is further exacerbated by dilapidated infrastructure and the limited capacity of Iraq's government and institutions.

Salman Khairalla, executive director of environmental NGO Humat Dijlah, and Musa of Waterkeepers Iraq are frustrated by the Iraqi and Kurdish governments' neglect of the worsening water issues.

"No one talks about these things. And when we talked … no one listened to us," says Khairalla.

Throughout the Tigris-Euphrates river basin, dams are considered signs of progress and beneficial for development, promoted by policymakers and academics.

This contrasts with a trend in Western Europe and North America to dismantle dams, as scientists learn more about their destructive impacts on ecosystems. 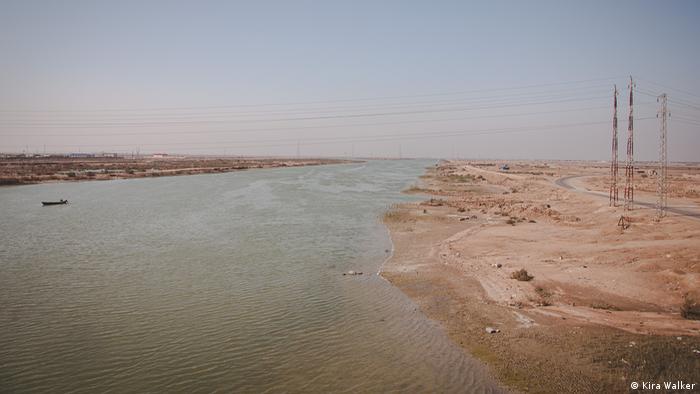 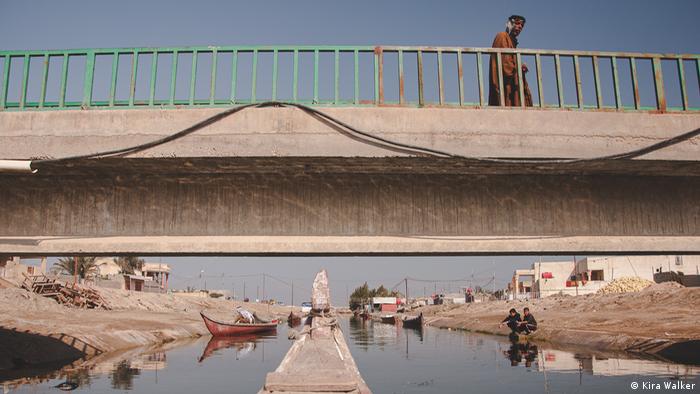 A waterway in Chibayish, a town on the Euphrates River in the Central Marsh in Dhi Qar province

Activists argue dams carry high costs for local livelihoods and cultural heritage, and cause displacement due to flooding.

Since 1970, freshwater ecosystems, to which rivers belong, have lost more wildlife than any other biome — 84% — according to WWF's Living Planet Report 2020.

The number of dams across Turkey, Syria, Iran and Iraq makes a transboundary approach necessary for the Tigris-Euphrates river basin, explains a spokesperson for Save the Tigris.

Conflicting understanding of ownership and rights to the two rivers, however, makes cooperation difficult. Neither Turkey nor Iran have been willing to sign an agreement that would guarantee the water shares of Iraq and Syria, leading to "an increasing culture of unilateral water policies," Save the Tigris' spokesperson says.

Tampering with water flows has in the past been used by countries in the region as political leverage. To prevent future crises, "the Kurdistan Regional Government and Baghdad should establish a joint committee allowing for the exchange of information and strategic coordination on dams and water resources," Save the Tigris' spokesperson says.

Alternatives to dams should also be considered, the spokesperson adds, including other renewable energy sources, rainwater harvesting, water-recycling plants or modern irrigation techniques.

Activists stress action is needed urgently. "Are they listening to us? Iraq is really going to suffer," Musa warns.

Iraq: Where water used to flow

The Mesopotamian marshlands in southern Iraq were once the largest wetland ecosystem in Western Eurasia. But after years of drought and political turmoil, they're in danger of disappearing.