Ed Sheeran may move a concert to Gelsenkirchen after officials in Düsseldorf chose to protect 104 trees rather than host the British singer. Some 85,000 people are wondering what to do with their tickets. 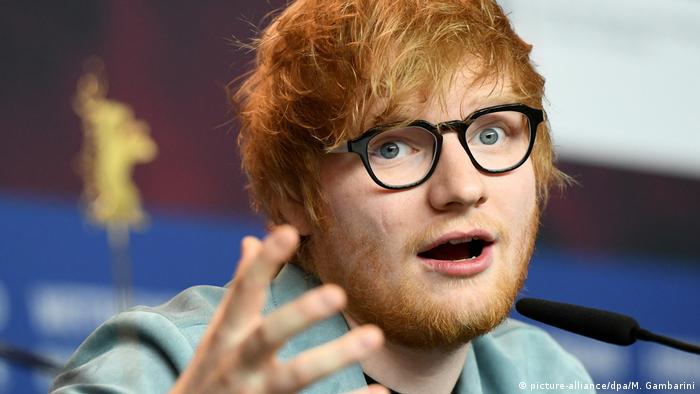 The Düsseldorf city council dealt a blow on Wednesday to British pop star Ed Sheeran. The council has decided not to approve the use of a venue for a large concert he had planned in the city, as the event would have required 104 trees to be cut down.

The decision was a win for local conservation activists and saw the unusual joining of forces from members of the conservative Christian Democratic Union and left-leaning Green and Left parties.

Some 85,000 tickets had been sold and the concert was supposed to take place on July 22 and 23. According to local newspaper Rheinische Post, Sheeran's camp responded to the news with "amazement and boundless disappointment," tour company FKP Scorpio said in a statement. The company later confirmed that the canceled concerts in Düsseldorf would instead take place in the city of Gelsenkirchen on the same days as originally planned.

Struggling to find a venue

Sheeran's performance had originally been scheduled to take place at the Essen-Mulheim airport, northeast of Düsseldorf, in May,  but organizers ran into a different environmental issue there.

The local bird population of skylarks, an endangered species, was nesting on the site and the concert would have put the birds at risk. Additionally, aerial images revealed 103 possible explosive remnants from World War II on the Essen-Mulheim grounds, which would have required examination prior to the event.

Due to the mounting challenges, organizers switched the venue to the parking lot of Düsseldorf's new exhibition center. To accommodate the more than 80,000 attendees, alterations to the space were required, including the cutting down of more than 100 trees. 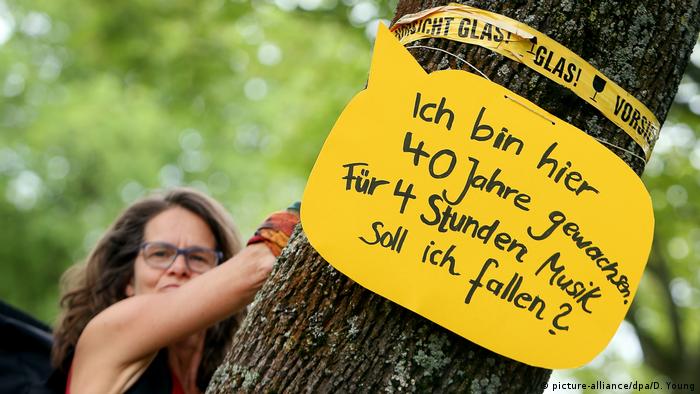 An activist holds a sign on one of the trees that reads "I have grown here for 40 years, should I fall for four hours of music?"

Düsseldorf Mayor Thomas Geisel, a member of the center-left Social Democratic Party (SPD), tried to persuade the Green party and conservationists with a promise that the city would compensate for the lost trees by planting hundreds more.

But the Green party leader Norbert Czerwinski was unmoved, insisting that cutting down 104 trees for a single concert was "disproportionate" and questioned the future of the parking lot as a venue for big events.

The conservative CDU and the socialist Left parties joined the Greens in rejecting the plan, while the SPD and the business-friendly FDP parties voted in favor.

The Sheeran concert drama in Düsseldorf has soured relations between event organizers and the city. FKP Skorpio denounced the city's decision as based on disinformation and "politically motivated."

For now, efforts to save the concert have focused on the city of Gelsenkirchen. Though the stadium there cannot house the 85,000 ticket-holders, organizers said they were hoping to add an additional date. Attendees would have the option to attend the concert at the new venue or get their money back.

Ed Sheeran is back!

Following a creative hiatus, the British singer-songwriter has a new album due out on March 3rd. "Divide" has already gotten off to a great start: the first two singles have shot straight to the top of the charts. (17.02.2017)

It was the song that launched the 25-year-old red-head to international stardom. Now Ed Sheeran is being sue with claims that "Thinking Out Loud" resembled Marvin Gaye's "Let's Get It On" a bit too much. (11.08.2016)