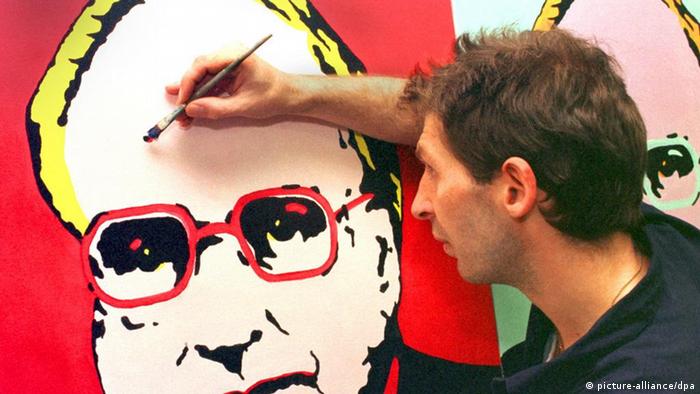 At the start of his chancellorship, Helmut Kohl was the target of much scorn and malice and frequently criticized for his "provincialism." The appraisal had improved by the time Kohl's 16-year reign ended in 1998. The Süddeutsche Zeitung, for example, published a piece titled "His Cultural Sovereign, the Chancellor," which seemed to blend irony with genuine respect for the fact that the government's art expenditures had trebled under Kohl's tenure.

Kohl, a historian, had learned during his studies that culture and history are indivisible. This shaped his politics. "For him, culture is the sum of a meaning-oriented and value-oriented lifestyle, the orientation of a people, including its history and its habitat," Wolfgang Bergsdorf, the political scientist and former Kohl adviser, wrote in an essay for the Konrad Adenauer foundation. Built at Kohl's suggestion: the Bundeskunsthalle museum in Bonn

Germany's constitution delegates cultural policy to the states. As the state premier of Rhineland-Palatinate from 1969 to 1976, however, Kohl initially appeared to have barely skimmed his cultural-political responsibilities.

"Traditionally rooted and determined by the past, Kohl's image of culture was very simple, but he was always ready to talk," said the journalist and political scientist Norbert Seitz, whose book "Die Kanzler und die Künste" (The Chancellors and the Arts) explores German leaders' difficult relationship with questions of culture.

By the end of his time as state premier Kohl's government had expanded support for artists and promoted the legacies of the painter Max Slevogt and the writer Carl Zuckmayer, who both came from Rhineland-Palatinate. Kohl even hired Marc Chagall to design the windows of the St. Stephen's Church in Mainz. He also had a hand in the repurposing of the decaying Rolandseck train station in Remagen and its preservation as a compound of artist studios. Hambach Castle, a symbol of the German movement for democracy, was also restored on Kohl's initiative. 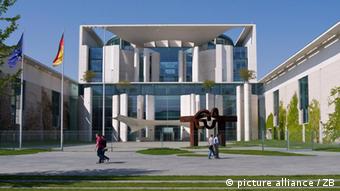 The new chancellery, known as the "elefantenklo" (elephant toilet) or "Kohlosseum"

Builders of the nation

After becoming chancellor in 1982, Kohl raised the stakes for culture. He declared the construction of an art and exhibition hall in Bonn as part of his government's program. He announced the construction of the German Historical Museum (DHM) in Berlin. A museum of contemporary history was to be built in Bonn. Kohl said he did not want to "impose any official aesthetics or historiography."

"Kohl acknowledged the need for a separate cultural-political role for the federal government," said Christoph Stölzl, the historian, cultural manager and former director-general of the DHM. In fact, the federal government's budget for such pursuits rose from 346 million deutschmarks in 1982 to more than 1.3 billion (the equivalent 660 million euros) by 1997. Stölzl's DHM was originally to be erected at the Berlin Wall, but then, in 1989, that wall fell. 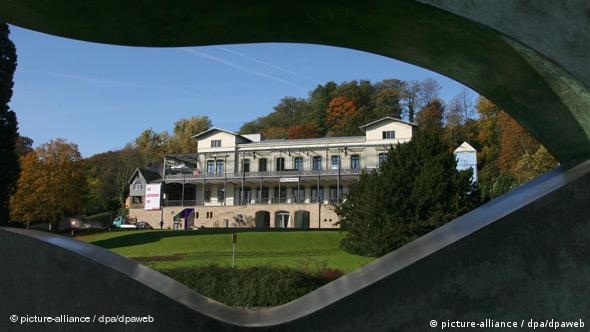 Rescued by Kohl: the Rolandseck train station in Remagen

After reunification in 1990, Kohl successfully prevented the abrupt collapse of cultural institutions in the former states of the German Democratic Republic by allocating the equivalent of about 1.5 billion euros to an asset maintenance program, infrastructure and a memorial protection initiative between 1991 and 1993. This "transitional financing of culture" preserved orchestras, theaters and museums. It was the basis for the rescue of countless historical buildings. Kohl personally made a strong contribution to the reconstruction of Dresden's Frauenkirche. The Memorial to the Murdered Jews of Europe was conceived under Kohl, as was the new chancellery building on the Spree in Berlin, which opened after his term in 2001. Designed in the 1990s by Axel Schultes and Charlotte Frank, the chancellery was soon known colloquially as the "elefantenklo" (elephant toilet) or "Kohlosseum". 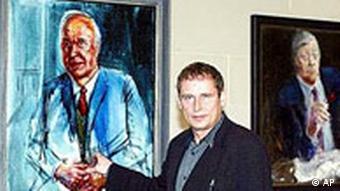 The painter Albrecht Gehse in front of Kohl's portrait

Despite all his enthusiasm for culture, Kohl could not pretend to like a Reichstag wrapped by the Bulgarian-American artist Christo in the summer of 1995. He considered the work simply "one of the biggest stupidities we Germans can afford."

A portrait of Helmut Kohl has long hung in the chancellery in Berlin. It was painted by the Leipzig artist Albrecht Gehse, a student of Bernhard Heisig. Kohl paid for it himself. The picture shows, as the former museum man Stölzl once put it, the "head of a craftsman who is at the same time an intellectual."

Former Chancellor Helmut Kohl has died at the age of 87. As Germany's leader for 16 years, he is remembered for reuniting the country and for making a huge political and economic contribution to Europe's integration. (16.06.2017)

The photographer who captured Kohl on film