Thousands of Cubans who built their own data networks at home can now apply for a license, but control over the internet itself stays under state control. Cuba has been one of the least-connected places on the planet. 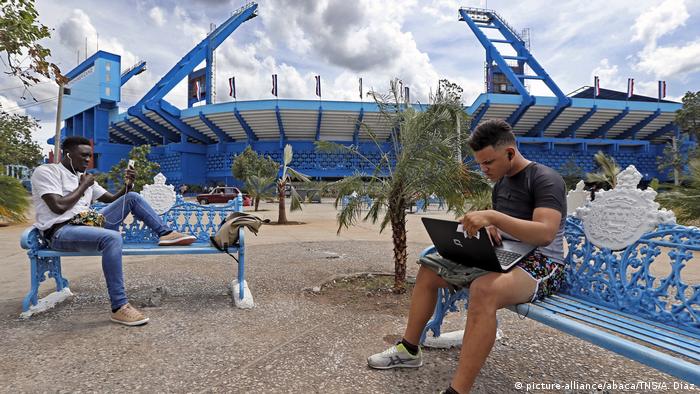 Cuba's Ministry of Communication (Mincom) announced new measures on Wednesday to allow wired or wireless private networks for the transfer of data and the importation from overseas of equipment, such as routers and servers.

It means that from the end of July, people will be able legally to go online with their own computers and phones and share signals with others, but it does not limit state control over the internet.

Cuba's telecoms monopoly, Etecsa, remains the only internet provider on the island.

Announcing the measures, Mincom said the changes would "Contribute to the computerization of society, the well-being of citizens, the sovereignty of the country and the prevention against the harmful effects of non-ionizing radiation."

The measures could lead to Cuba's first privately run internet cafes. The first state-owned internet cafes opened in 2013, and Wi-Fi hotspots in public places were set up in 2015, but the cost of both remains high. A 4GB data package is the equivalent of an average monthly salary for a Cuban worker.

President Miguel Díaz-Canel has been visible in the developments, opening a Twitter account in August last year. His latest tweet concerned a visit to the province of Holguin for a ministerial council:

The announcement made via state media on Wednesday is the latest in a series of measures taken over the last two years. They began by allowing internet access from peoples' homes and 3G for mobile phones. This led to people bringing in their own phones, laptops and equipment — despite regulations preventing them — and setting up their own local networks. The state largely tolerated the private connections and did not prosecute users.

The measures announced on Wednesday effectively legalize the networks. People will have two months to regularize their setups after the new rules come into effect.

Operating licenses for private, external data networks will be granted to individuals within a range of limited Mhz frequencies.

People wanting to set up a network confined to their own home will not need to have a license.

The state approved list of equipment that can be imported will be announced soon, and equipment will also be subject to a Mincom import license. Applications can be made online from Cuba or elsewhere. The approved devices will also be sold via the state retail network, Mincom said.

Trump administration changes to the Helms-Burton Act have come into force, allowing for lawsuits against foreign firms in Cuba. The move has set the White House on a collision course with European allies. (02.05.2019)

The heir to the British throne became the first member of the British royal family to visit the communist-run island. The UK supported the trip in hopes of boosting commercial and cultural ties with Havana. (25.03.2019)