Hundreds of Croatian journalists have marched through central Zagreb to decry what they describe as efforts to stifle media freedom. They say there are over 1,100 lawsuits filed against journalists in the EU country. 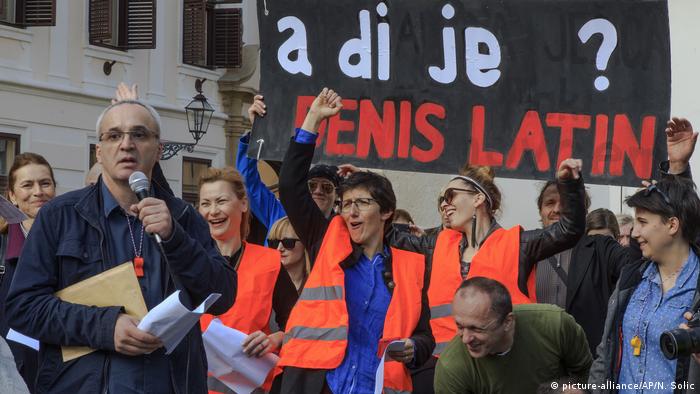 Several hundred people rallied in the Croatian capital on Saturday to protest against a wave of lawsuits targeting journalists.

The Croatian Journalists' Association (HND), which organized the Zagreb march, said politicians and other public figures had filed over 1,100 cases against news outlets and reporters.

The group says the complaints are part of an attempt to censor the media and put pressure on journalists.

Most of the court cases involve compensation claims for nonmaterial damages such as "mental anguish" or "tarnished reputation."

"That's why you can feel the need to self-censor in our newsroom. I don't even write my column anymore, because if I write it the way I want, lawsuits and compensation claims would endanger our jobs." 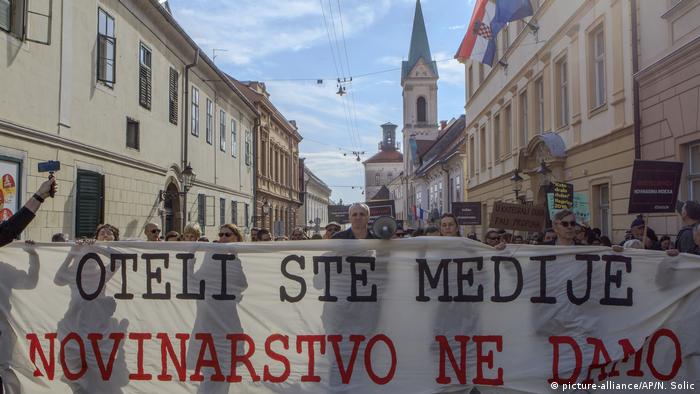 Croatian journalists march behind a banner that reads: 'You took over media, we won't give up journalism'

The protest was called after Croatian public broadcaster HRT itself filed more than 30 lawsuits against its own journalists and others, including Zovko and his HND.

Critics of the HRT, which is mainly financed through monthly license fees, accuse the broadcaster of serving the ruling parties' interests and shirking its public service responsibilities.

Reporters Without Borders says HRT is subject to "government meddling," while journalists in Croatia investigating corruption, organized crime or war crimes are "often subject to harassment campaigns." The media rights group has also voiced concerns about the fact that "humiliating" media content has been criminalized in the EU country since 2013.

The Slovenian government suspended funding for the country's national press agency, the STA, late last year. Now there are serious concerns about government overreach into a public source of independent news.