The newest country in the EU is at the ballot box — but young voters are likely to turn their backs on the election. How many voters between the ages of 18 and 30 will cast ballots in Croatia's parliamentary elections?

No one really knows, but Marko Matijevic, founder and editor-in-chief of the popular Croatian youth portal srednja.hr., expects turnout to be similar to that of European parliamentary elections in 2019. And those numbers were sobering: Whereas youth voter participation across the block averaged 42%, it was only 18% in Croatia.

Voter apathy among young Croatians fits with the fact that the country's political parties have lacked imagination when it comes to engaging them. "Young people don't see Croatian parties dealing with issues that pertain to them, nor do they feel as if they are being spoken to," says Matijevic.

Of course, politicians rattle off obligatory phrases about giving young people opportunities, and calling them the future of the nation, but they never speak directly to the issues confronting them. Education is a topic that is never addressed, says Matijevic. He adds that politicians are even vague and noncommittal when it comes to articulating economic opportunity.

Matijevic says that has led to a vicious circle: Since young voters don't see any relationship between their lives and what politicians are selling, they remain uninterested in participating in the democratic process. The fact that they are also a relatively small bloc of voters also means the country's big political parties do not bother dealing with them. 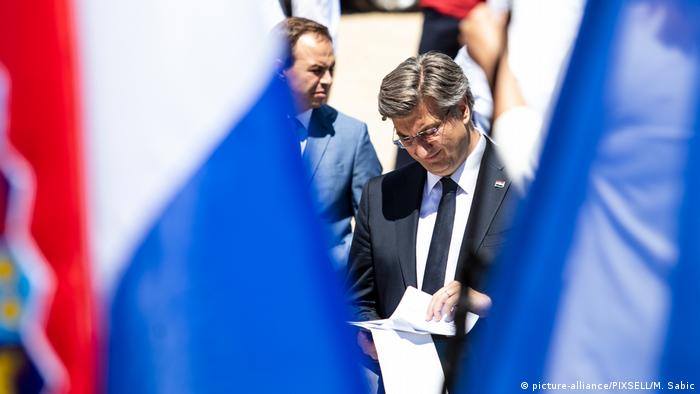 Prime Minister Andrej Plenkovic, of the social conservative HDZ, is hoping for another term in office

Despite that, there is good reason to focus on the country's young voters. Birth rates in the country of 4 million residents is below the EU average, and youth unemployment, which stands at 16.2%, is above it. As a result, an average of 40,000 to 50,000 people — most between the ages of 20 and 30 — have left the country each year since Croatia joined the EU in 2013.

Most head to Germany, but also Ireland, looking for a better life. "People are emigrating because they are disappointed with the government — that never happened in the past," says Tado Juric, a demographer from the capital Zagreb. He says they are disappointed in a "system that doesn't reward education and hard work."

No longer a civic duty

Even those who plan on voting are not enthusiastic about it: "I think it's a civic duty," says Jakov. But the 19-year-old doesn't expect anything to improve as a result. Laura, a 19-year-old student from Zagreb agrees: "I don't think voting will change anything in my life. Politicians promise all kinds of stuff, but experience has shown that those promises are empty."

Bruno, who is also 19, is much more blunt, "I don't believe a word politicians say, that's why I don't listen to them." Paulina, a 19-year-old psychology student who wants to teach someday, says she will vote nevertheless. She says education and the economy are her key issues, but adds she has seen little progress: "Will things improve? I don't think so."

Another factor that undoubtedly adds to a feeling of powerlessness is the might of the country's conservative nationalist forces. These see homosexuality as a disease, and want to ban abortions — even in cases of rape. Such groups can bank on the support of the Catholic Church, which itself holds sway over a sizable portion of Croatia's young voters.

Ivana, a 22-year-old, finds the situation unacceptable: "I am definitely going to vote. I hope politics will get better, more modern, and that all the progress we have made fighting for human rights is not frittered away. I hope minorities will be protected." Ivana says women's rights are a big issue for her: "It has to do with my life. It has to do with women's bodies and choices that women alone should be making — not choices dictated by the men leading the discussion." 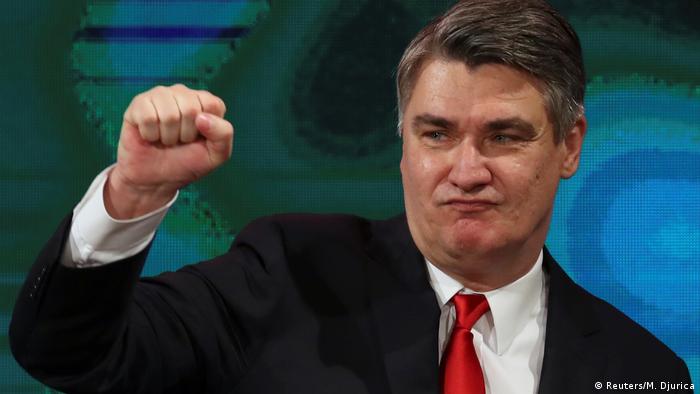 Yet, most young Croatian voters are not rebels: "A recent opinion poll indicates young Croatians are overwhelmingly conservative and vote much like the rest of the country. The governing Croatian Democratic Union (HDZ), which is conservative, will likely win most of their votes. The Social Democrat-led Restart Coalition, and the nationalist-populist 'Fatherland Movement' will be close behind," predicts Marko Matijevic of srednja.hr.

That conservatism was documented during a study conducted in 2015. Accordingly, 65% of all high school graduates said homosexuals should be able to do whatever they want in private, but should not put their sexual orientation on display in public — half of all respondents voiced support for banning gays in public altogether.

Ivana says she is not willing to accept that and neither are her friends. She says they agree that they must stand up for an open and tolerant Croatia, where everyone can live and work. "I hope my life will improve this Sunday — and that I won't feel pressured to leave the country," says the 22-year-old.

Czechs are trying to salvage summer plans and help out Croatia's tourism season in the process. Czech travel associations have proposed a "corona corridor" to the Adriatic Coast. Is it a realistic plan or not? (22.04.2020)