Zoran Milanovic of the Social Democrats has won 52.7% of the vote in Croatia's presidential runoff. He defeated the center-right incumbent Kolinda Grabar-Kitarovic in what was predicted to be a tight race. 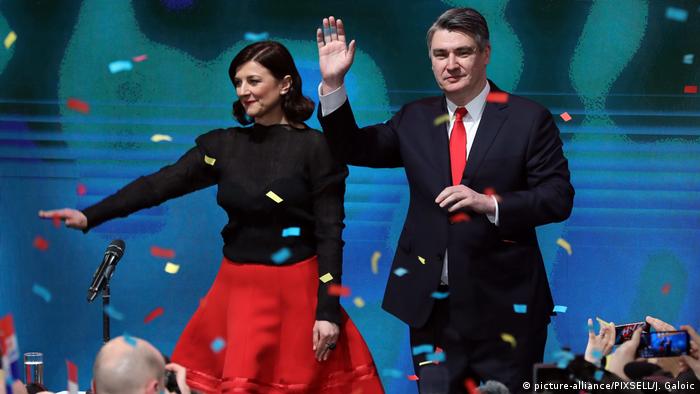 Milanovic, of the Social Democrats (SDP), won 52.7% of the vote according to results released late Sunday, a larger margin than expected. Grabar-Kitarovic of the ruling Croatian Democratic Union (HDZ) won 47.3%.

Read more: Croatia's EU presidency: What will it bring for Europe?

"Thank you! Thanks to all volunteers, all of you who were my support over these six months. Thank you, people," Milanovic wrote to his followers on Facebook.

The crowd at Milanovic's campaign headquarters began to celebrate as soon as the exit polls were published. In Grabar-Kitarovic's concession speech, the outgoing president wished Milanovic a successful term in office.

"It is in the interest of our country which needs to preserve stability," she said. 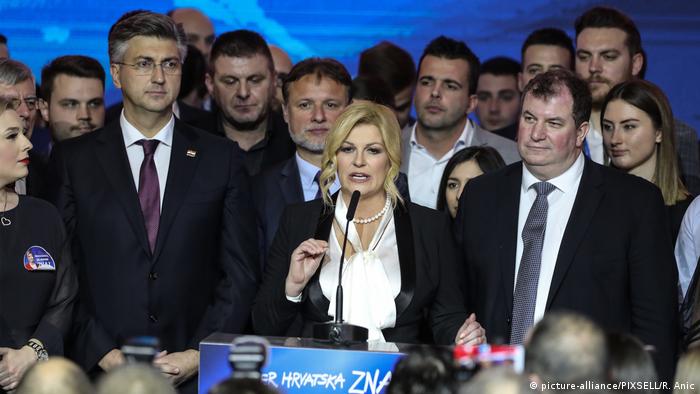 Grabar-Kitarovic offered her congratulations to Milanovic after her loss

In the first round of the elections last month, Milanovic beat 11 other candidates to win with 29.6% of the votes, while Grabar-Kitarovic garnered 26.7%.

Grabar-Kitarovic lost a huge lead in opinion polls over the past six months, and the party has followed a similar trend. Conversely, the SDP rose in popularity alongside Milanovic.

The two parties have dominated the political landscape since Croatia split from the former Yugoslavia in 1991, and are both striving for the upper hand in parliamentary elections in December.

The presidential role is largely ceremonial. The head of state is unable to veto laws, but does have a say on foreign policy, defense and security matters.

Opinion polls ahead of the election had projected Milanovic's triumph with a smaller margin.

The next president's five-year term will begin in February.

A court has jailed a former Croatian prime minister and the head of energy group MOL for corruption. The ruling marks another twist in the nearly decade-long legal battle. (30.12.2019)