Local media have described the killings of three women, two men and a 10-year-old child as an act of jealousy. Only a 7-month-old baby was left alive and uninjured in the house. 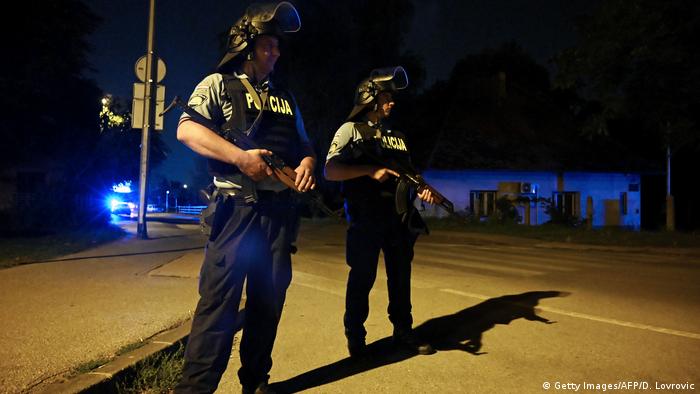 Croatian police have opened an investigation into the murder of six people inside a house in the capital, Zagreb.

In what Croatian media have called a "massacre," three women, two men and a 10-year-old child were found dead in the city's Kajzerica neighborhood on Thursday evening.

Police responded to reports of gunshots at the property but only found a seven-month baby alive and unharmed.

Heavily armed police were then reportedly deployed around the city in the hunt for the lone gunman.

The suspect was located but killed himself before he could be apprehended, police said in a statement hours later.

Local media reported that police suspect the gunman was the spouse of one of the victims.

In April last year, Croatia's parliament voted in favor of ratifying the Istanbul Convention, the world's first binding treaty on preventing and fighting violence against women.

The agreement aims to be an instrument in combating domestic violence against women, protecting victims and prosecuting accused offenders. Among the forms of violence it seeks to counter are marital rape, stalking, forced marriage and female genital mutilation.

Several thousand Croats demonstrated in Zagreb in March of this year, demanding stricter laws against domestic violence and more training for employees in state institutions to help them tackle the problem.

This came in the wake of a case on the Adriatic island of Pag, where a father threw his four children out of an upper floor window. The children, aged three, five, seven and eight, suffered severe injuries.

At least three people have reportedly been killed in a shooting at a major food festival in California. Police say the suspected gunman has been shot dead. (29.07.2019)

New Zealand plans to create a gun register and tighten gun licensing, among other measures. Prime Minister Jacinda Ardern said the intent of the reform was to "stop weapons falling into the wrong hands." (22.07.2019)