Portuguese football player Cristiano Ronaldo has reached a deal with Spanish authorities to pay a fine for tax evasion, and accept a two-year jail term. However, he is extremely unlikely to serve any time in prison. 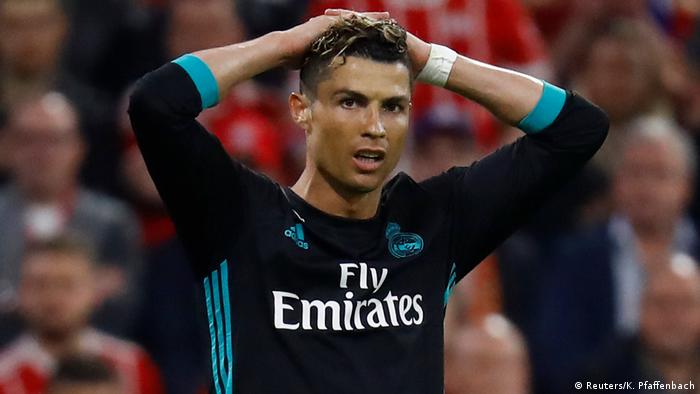 Ronaldo, who is accused of evading 14.7 million euros ($17 million) in taxes, reached an agreement with Spanish tax authorities that would see him pay 18.8 million euros.

The agreement, which has still to be ratified, will also likely include a two-year prison sentence. However, jail terms of up to two years are not normally served in Spain for a first-time offense.

Details of the agreement came to light on Friday, just hours ahead of Portugal's tantalizing clash with Spain at the World Cup in Russia.

The Real Madrid forward was alleged to have defrauded the Spanish state by channeling earnings for image rights through a network of screen companies between 2011 and 2014.

Tax officials told the Spanish news agency EFE that lawyers acting for the player had presented them with a proposed settlement several weeks ago. This was met with a counterproposal that was accepted by the 33-year-old.

Ronaldo had consistently said his "conscience is clear," and was reportedly so upset at the allegations that he threatened to leave Spain.

The five-time Ballon D'Or winneris among the highest-paid footballers on the planet. Last November he extended his contract until 2021.

Spanish authorities and courts have recently cracked down on tax evasion among the country's leading football players. Last year, following similar charges, Barcelona and Argentina star Lionel Messi was given a fine and a 21-month prison sentence , which he did not have to serve.

From 2005 to 2010, non-Spanish players were able to minimize the amount of tax they paid under the so-called "Beckham law," after retired England international David Beckham. However, as the financial crisis really began to bite, that exemption was revoked again.

The best paid sports stars in the world

Cristiano Ronaldo? Lionel Messi? Neymar? No, the best paid athlete in the world is not a footballer, according to US magazine Forbes' latest money rankings. And for the first time, there are no women in the top 100... (06.06.2018)

A Spanish court has ruled that Colombian superstar Shakira should stand trial for alleged tax fraud. The singer is accused of having pretended that, while living in Spain, she lived elsewhere.