Crimea′s lifeline runs through Ukraine | Europe | News and current affairs from around the continent | DW | 14.03.2014

Electricity, water, gas, food: Crimea is supplied mainly via the Ukrainian mainland. That could change - for the worse - following the peninsula's disputed referendum this Sunday on joining Russia. 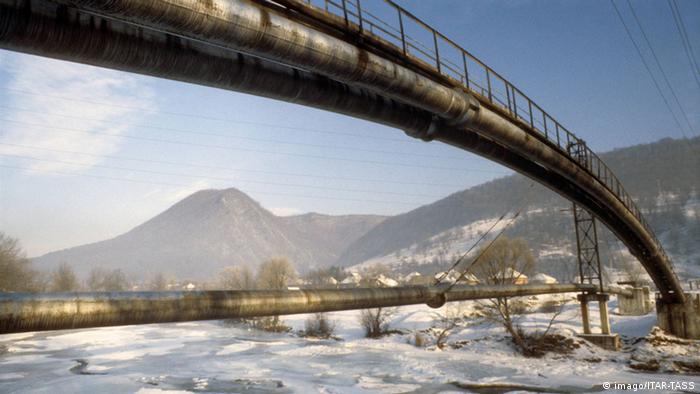 This Sunday (16.03.2014), the Ukrainian peninsula of Crimea will vote in a referendum on whether to become a part of Russia. There is little doubt about the outcome since the majority of residents are ethnic Russian.

But even if Crimea asserts its formal independence from Ukraine, the peninsula continues to rely on the Ukrainian mainland for utilities and food.

Water, gas and electricity come across a narrow corridor connecting Crimea to the rest of Ukraine. There are no access routes from Russia - apart from a ferry across the Strait of Kerch.

"There is no other way than the supply via the Ukrainian mainland - even if Crimea becomes part of the Russian Federation," said Gabriele Baumann, head of the office of the Konrad Adenauer Foundation in Kyiv.

Supplying Crimea was already difficult 60 years ago: in 1954, the peninsula was transferred to what was then the Ukrainian Soviet Socialist Republic.

"This was ultimately for purely economic reasons, because the peninsula could not be supplied from Soviet Russian territory; in particular, with water," says Wolfram Roebuck, Chairman of the European-Ukrainian Energy Agency. What is often described as a gift from Soviet leader Nikita Khrushchev to the Ukrainians was primarily a solution for an energy problem.

Even today, Crimea is not self-sufficient with water: The region's climate is dry and warm, and most streams and rivers dry up over the summer monxths. Most of the water - more than 80 percent - comes from the Dnieper river via the North Crimean Canal, which begins at the Kakhovka Reservoir in the southeast of the mainland, weaving its way through the Isthmus of Perekop and branching out over the entire Crimea.

The peninsula also consumes around 1.2 gigawatts of electricity annually. While there are four thermal power stations in Crimea, they only supply one-tenth of the demand. The other 90 percent comes from the Ukrainian mainland - again via Perekop, as well as the Chongar Peninsula. In addition, 90 percent of all food and industrial goods come through Ukraine.. 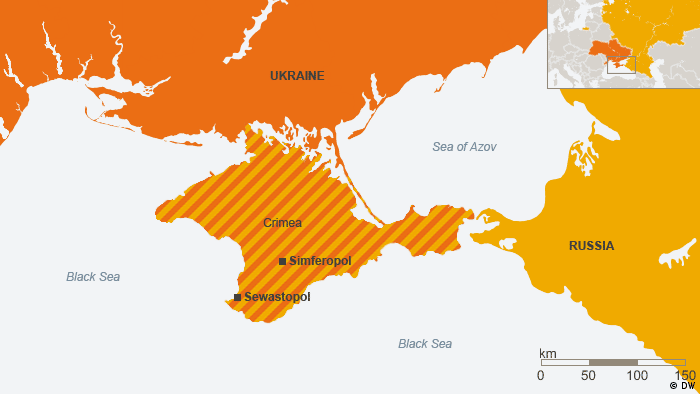 The peninsula is somewhat more self-sufficient in terms of gas: the Ukrainian state-owned company Chernomorneftegaz produces oil and gas off the west coast and in the Sea of ​​Azov, covering about two-thirds of gas demand. "And Crimea's prospects are relatively good - it might even eventually become an energy exporter in the field of gas," because the Black Sea is thought to hold more reserves, Rehbock said. The rest of the required gas comes through a pipeline. But it, too, runs through Ukraine

But if Crimea is annexed by the Russian Federation, the supply situation could now change. Because the Isthmus of Perekop is on Ukrainian soil, Kiev could theoretically cut off the water supply, leaving the approximately two million inhabitants of Crimea high and dry. "But I suspect they won't cut the supply lines," Roebuck said - that could lead to a humanitarian catastrophe. "That's something no one wants." 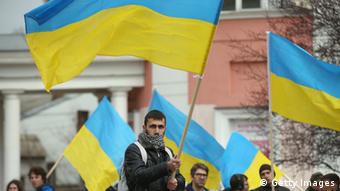 Not all Crimeans want to join Russia

What's more, just as Crimea depends on Ukraine, Ukraine depends on Russia. Therefore, a deal seems inevitable. "Each cut to supply lines would provoke a retaliation, including from Russia, which could then stop gas supplies to Ukraine," Roebuck said.

A bridge to Russia?

An alternative to a deal with Ukraine would be difficult: There are no other supply routes.

Initial attempts to change this were made a long time ago. There have been discussions about a bridge to Russia since the 1990s.

In the current crisis, the topic has been taken up again. Russian Prime Minister Dmitri Medvedev said that a bridge would be built if Crimea were to become part of Russia. The 4.5-kilometer link for cars and trains would cost around 500 million euros and take only a few years to build.

Energy and water independence, on the other hand, would take much longer. The construction projects would take years, maybe even decades, to complete.

Sanctions and harsh words for Russia matched with solidarity with Ukraine's interim government: The US president has exhausted his options in the Crimea crisis, but his Russian counterpart still has cards to play. (14.03.2014)

Crimea crisis offers glimpse of future, not past

Russia’s stealth occupation of Crimea invites easy comparison to the Cold War. This analogy, however, ignores several variables that are substantially different from the Cold War, writes Michael John Williams. (13.03.2014)