Most of Crimea's Tatar-language media has been shut down after a deadline for re-registration expired on April 1, Amnesty International has said. Even children's shows face closure. 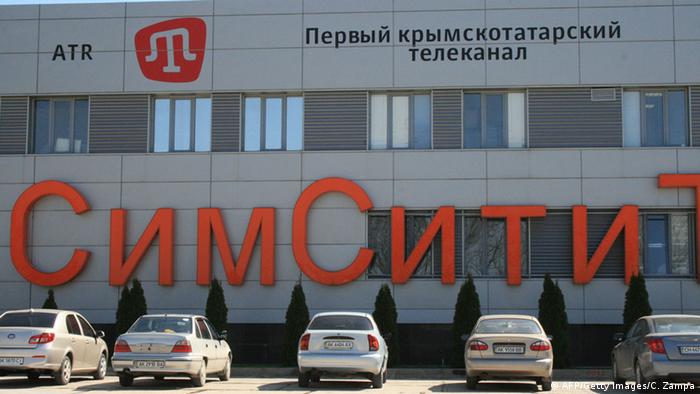 Tatar-language media outlets in Crimea were forced to close on midnight Tuesday, or face heavy fines and criminal prosecution, Amnesty International announced on its website.

Amnesty's International's deputy director for Europe and Central Asia, Denis Krivosheev, said that the Tatar language media came "under a sustained assault" after Russia annexed the Crimean peninsula a year ago. Most of Crimea's 300,000 Tatars took a pro-Ukrainian stance during the takeover.

"This blatant attack on freedom of expression, dressed-up as an administrative procedure, is a crude attempt to stifle independent media, gag dissenting voices, and intimidate the Crimean Tatar community," Krivosheev said.

While all Crimean media was obligated to re-register under Russian legislation before April 1, applications from Crimean Tatar websites, publications and broadcasters have been arbitrarily rejected or left without a reply, the human rights watchdog claims.

"The fact that children's television channels and magazines are being forced to shut down may sound like a cruel April Fools' Day joke, but this is certainly no laughing matter," said Krivosheev, adding the move heralded an "ongoing clampdown on human rights" of the Tatar minority, who make about 13 percent of Crimea population.

So far, only the Tatar-language newspaper Yeni Dunya has managed to obtain the re-registration.

Tatar community's television channel ATR was also set to pull the plug at midnight. Russian media regulator Roskomnadzor has rejected its application four times, saying they contained errors, ATR director Elzara Islyamova said on Friday. According to Islyamova, the position stayed the same even when the broadcaster hired lawyers from Moscow specializing in media.

"People are taking this very hard. A lot of people are simply crying on camera," Islyamova said.

"They all say ATR is their national heritage, their hope for the future, their guarantee that their native language and culture will be preserved and developed."

Aksyonov, the prime minister of the internationally disputed Republic of Crimea, promised earlier in March that Tatars would have their public television on the peninsula. He also said that he is not excluding the possibility that the issue of ATR is being politically inflated, with alleged errors in the re-registration application generated for that purpose.

"Moreover, protecting Ukraine interests on Crimea territory is without prospects and unnecessary. To agitate the population saying Crimea will one day return to Ukraine, is not necessary," Aksyonov said, adding there will be "no going back."

As pro-Russia soldiers occupy towns across Crimea, leaders of the region's Tatar minority are mobilizing unarmed field patrols. Though they lack official authority, they hope to prevent inter-ethnic conflict. (07.03.2014)