It has been a year since Russia annexed Crimea. Now, Moscow is transforming the Black Sea peninsula into a military fortress. The biggest losers in this new situation are the Tatars. 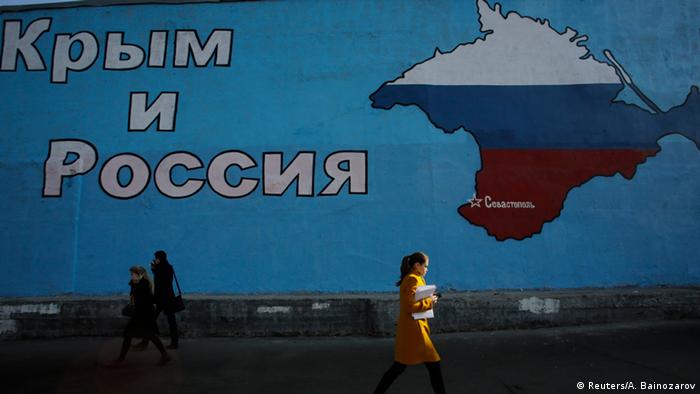 When the weather is stormy in the Kerch Strait east of Crimea, the ferry connection to mainland Russia can sometimes be interrupted for days. Traffic jams stretch for kilometers, and the delivery of food and other goods to the peninsula can't be guaranteed.

When Russia annexed Crimea last March, the Kerch Strait became an important supply route. Moscow and Kyiv shut down all other connections - no planes flew, and no trains or passenger busses rolled.

Those who wanted to travel from Crimea to Russia, or the other way around, had to arrange private services, or walk. Kyiv shut off most of the water supply to the peninsula, but energy and some food deliveries continued to flow in through Ukraine.

In a recent documentary film for state television, Russian President Vladimir Putin shared details about the annexation of Crimea. Putin admitted to having made the decision to "repatriate" the former Russian peninsula at the end of February 2014, naming a poll in which 75 percent of Crimean citizens supposedly claimed to want to be part of Russia as justification for his actions.

According to Russian sources, more than 96 percent of residents voted accordingly in a "referendum" held on March 16, 2014 - guarded by Russian soldiers in unmarked uniforms. Ukraine, the UN General Assembly and Western countries all condemned Russia's actions as a violation of international law. 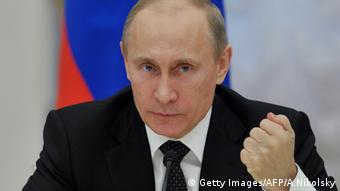 Last month, the Russian state polling institution WZIOM claimed that it found that 90 percent of those same residents would again vote for "reunification with Russia." These numbers cannot be verified by any independent sources, and Ukrainian experts have raised doubts about the high approval numbers.

The only thing that's clear is that Crimea's 2.3 million residents are living in a new reality. Transportation problems are just one piece of the mosaic. When the West imposed sanctions on Russia, many US companies pulled out of the peninsula. There are no more McDonald's, and Visa and MasterCard, the world's two largest credit card companies, no longer serve customers there. Apple stores in Crimea have also been forced to close down.

The biggest changes have concerned the military. Russia is feverishly transforming Crimea into a fortress. According to Russian state media, the number of soldiers stationed on the peninsula could increase from the current 25,000 to over 40,000.

Fuel deliveries for the army have more than doubled, and Russia is arming its troops with new tanks, ships and aircraft. There has also been speculation about stationing nuclear weapons there as well. Russia has not ruled out that option.

Last year was marked by big changes - Russian currency was introduced, along with Russian employers and Russian laws. Many were no doubt happy about the higher Russian wages and salaries, at first. Since then that joy has soured as Oleg S., who asked only to go by his first name, told DW.

"At first the Ukrainian salaries for civil servants were doubled. But now they have been aligned with Russian tariffs and things don't look so rosy," he said. "My wife works in a hospital, and is now earning half as much as she used to. Prices are going up, too."

Now Oleg, a programmer in the provincial capital Simferopol, wants to sell his apartment and move to Kyiv. The increasing isolation of Crimea from the Ukrainian mainland is reason enough for him to go. 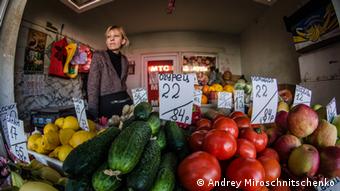 Prices are on the increase while wages are lower than ever

Above all, those who have refused to accept Russian passports can expect to encounter difficulties in their everyday lives. In 2014, the cost of a passport was 300 rubles for a passport. Today, it costs 3,500 (about 52 euros), according to Schan Sapruta, a lawyer from Simferopol.

Those who most vehemently reject Russian citizenship are the Crimean Tatars, who are widely seen as the big losers in the annexation. More and more reports claim that representatives of this minority have simply been disappearing. Some are later found dead. Nils Muiznieks, the Council of Europe's commissioner for human rights, recently condemned such cases - yet increasing reports continue to attest that Russian police and secret service are intimidating Crimean Tatars.

Most of Crimea's 300,000 Tatars took a pro-Ukrainian stance during the annexation of the peninsula. In the meantime, many of their political leaders, among them Refat Chubarov, now live in Kyiv because Russia has barred them from Crimea.

Chubarov is the chairman of the Mejlis, the council of the Crimean Tatar People. There is evidence that pro-Russian Crimean Tatars are seeking his removal from that post, but for now, they are still in the minority.