Greece's international lenders have made it clear that Athens' most recent reform commitments are not concrete enough to go unchanged. But they have accepted them as a starting point for more talks to come. 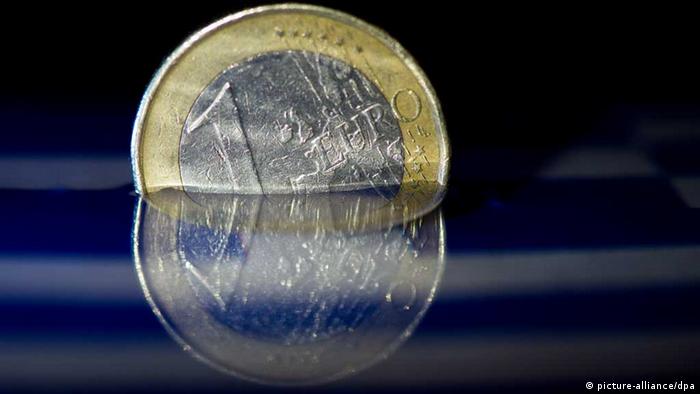 The International Monetary Fund (IMF) warned Tuesday that Greece's reform plan - submitted in exchange for a bailout extension - lacked clear signs that the new government in Athens would live up to its promises.

The proposals "are not conveying clear assurances that the government intends to undertake the reforms envisaged," IMF Managing Director Christine Lagarde said in a letter to Eurogroup President Jeroen Dijsselbloem.

While conceding that the Greek list of intended measures served as a starting point for fleshing out Athens' reform commitments, Lagarde voiced dissatisfaction at the lack of more concrete steps foreseen by the government.

"There are neither clear commitments to design and implement the envisaged comprehensive pension and VAT policy reforms, nor unequivocal undertakings to continue already agreed policies for opening up closed sectors, for privatization and for labor market reforms," she said.

A similar response came from yet another of Greece's international creditors, the European Central Bank (ECB). Officials there noted the Greek proposals differed in a number of areas from the existing bailout program.

"Our initial impression is that the document covers a wide range of reform areas … but we note that the commitments outlined by the authorities differ from existing program commitments," ECB President Mario Draghi said in a letter to the Eurogroup chief.

Draghi said the ECB would have to assess during the review how to replace measures not accepted by the Greek authorities with measures "that are equal or better in terms of achieving the objectives of the program."

Parliaments in several of the eurozone's 19 member states, including Germany, are now to vote on the proposals from Athens before Greece's current bailout program expires on Saturday.

Greece is on the right path, says Brussels economic expert Guntram Wolff - even if it's painful. But he warns that there could still be a "big bang" with more trouble ahead. (24.02.2015)